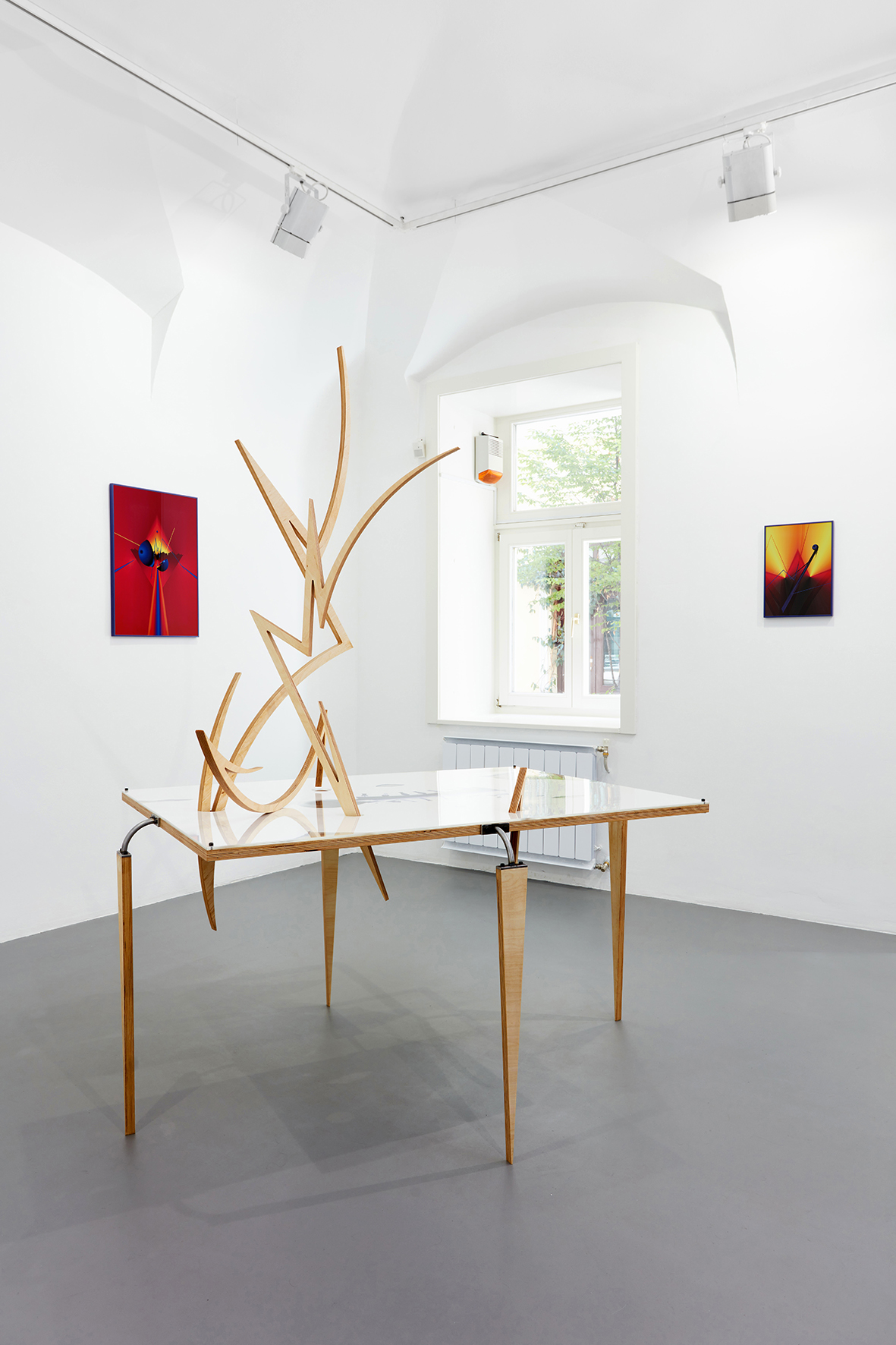 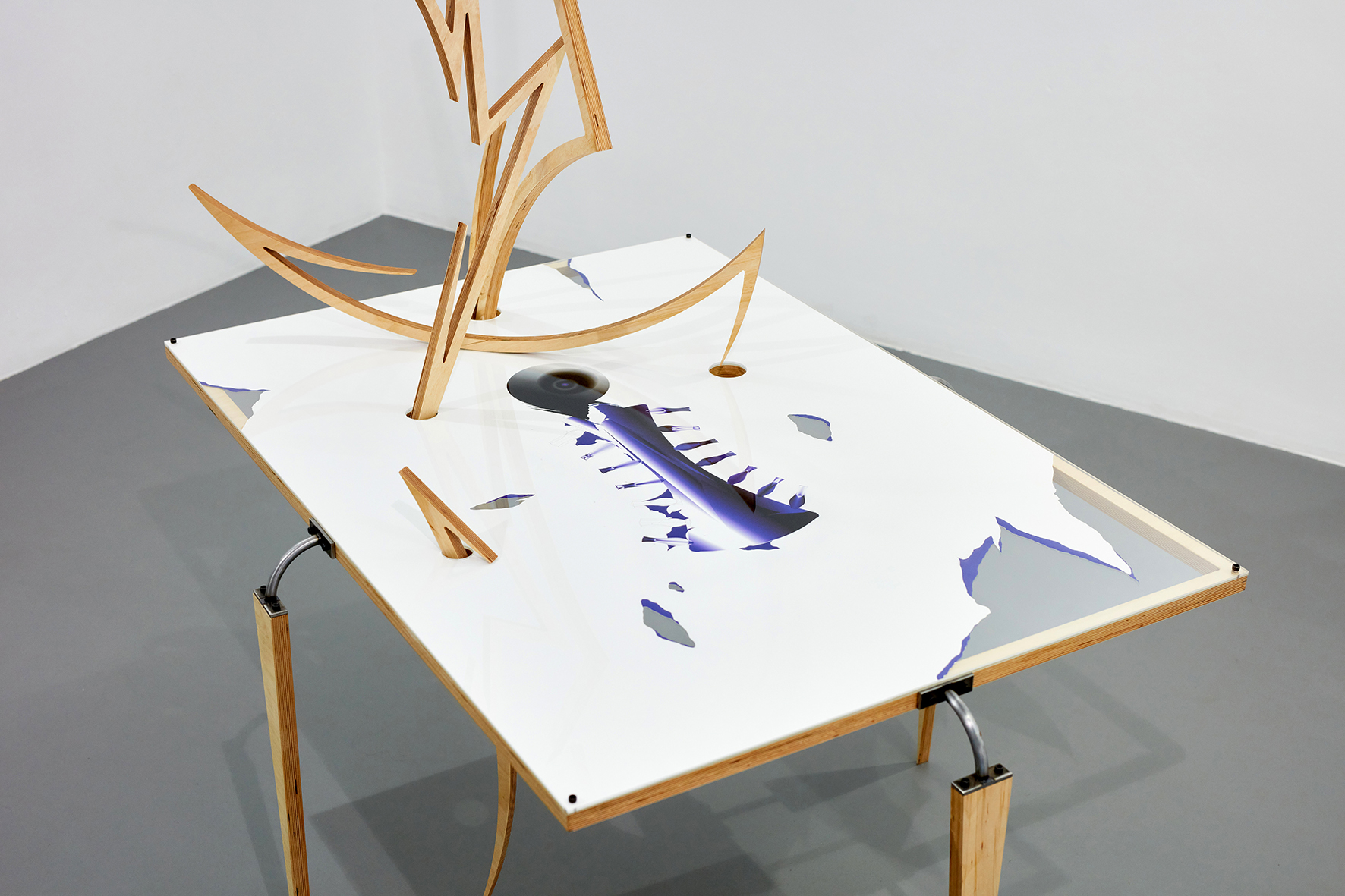 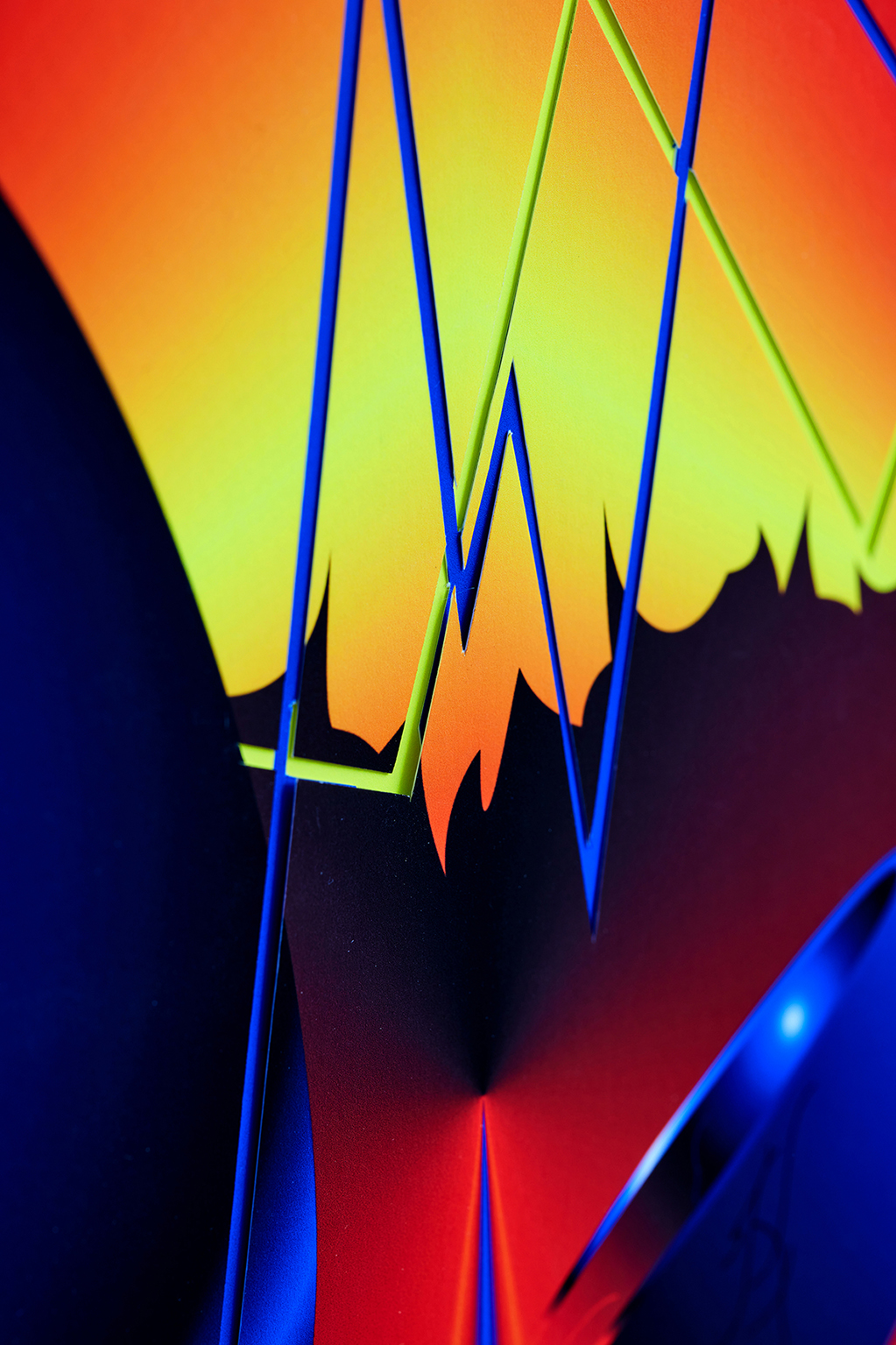 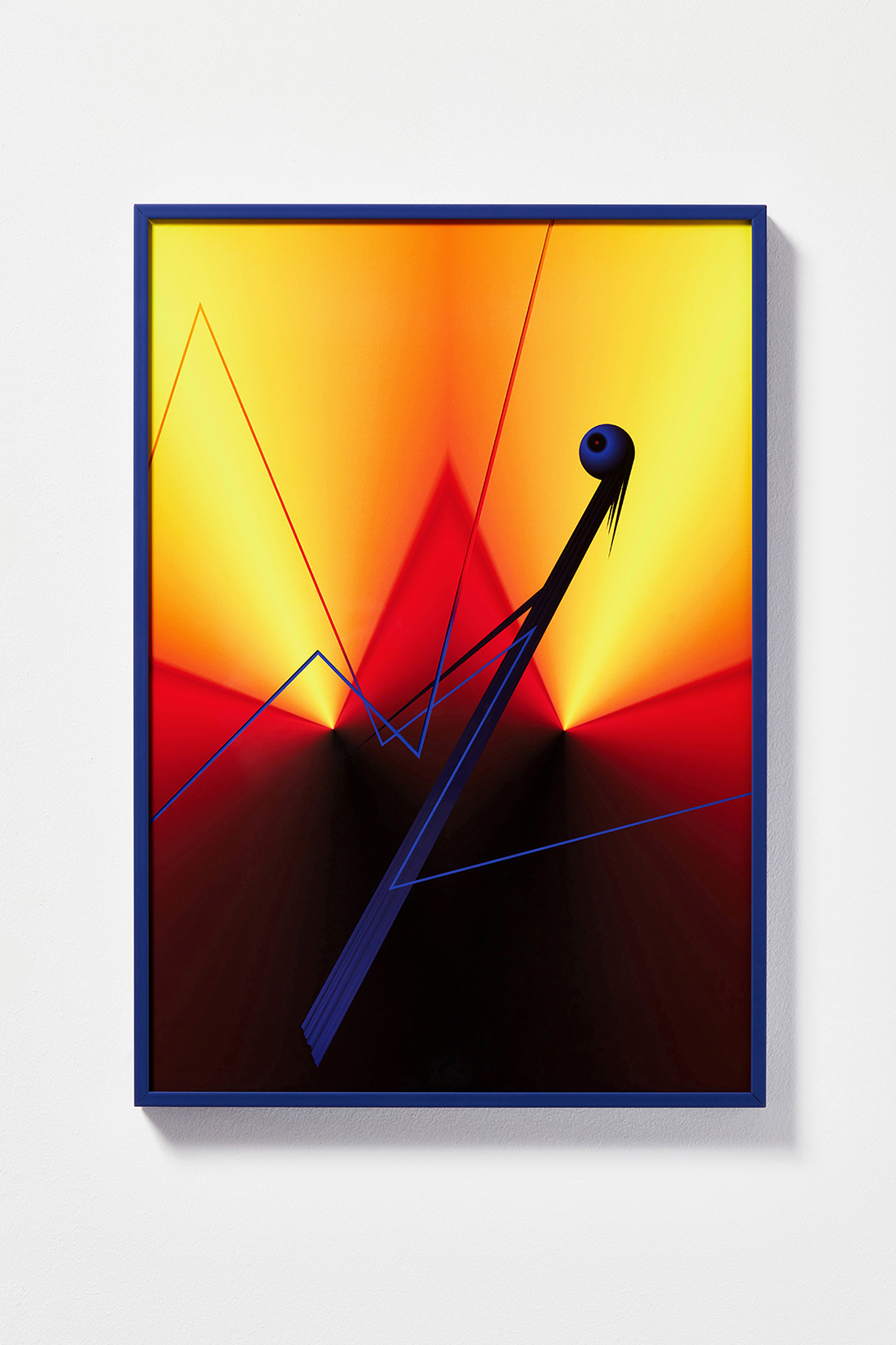 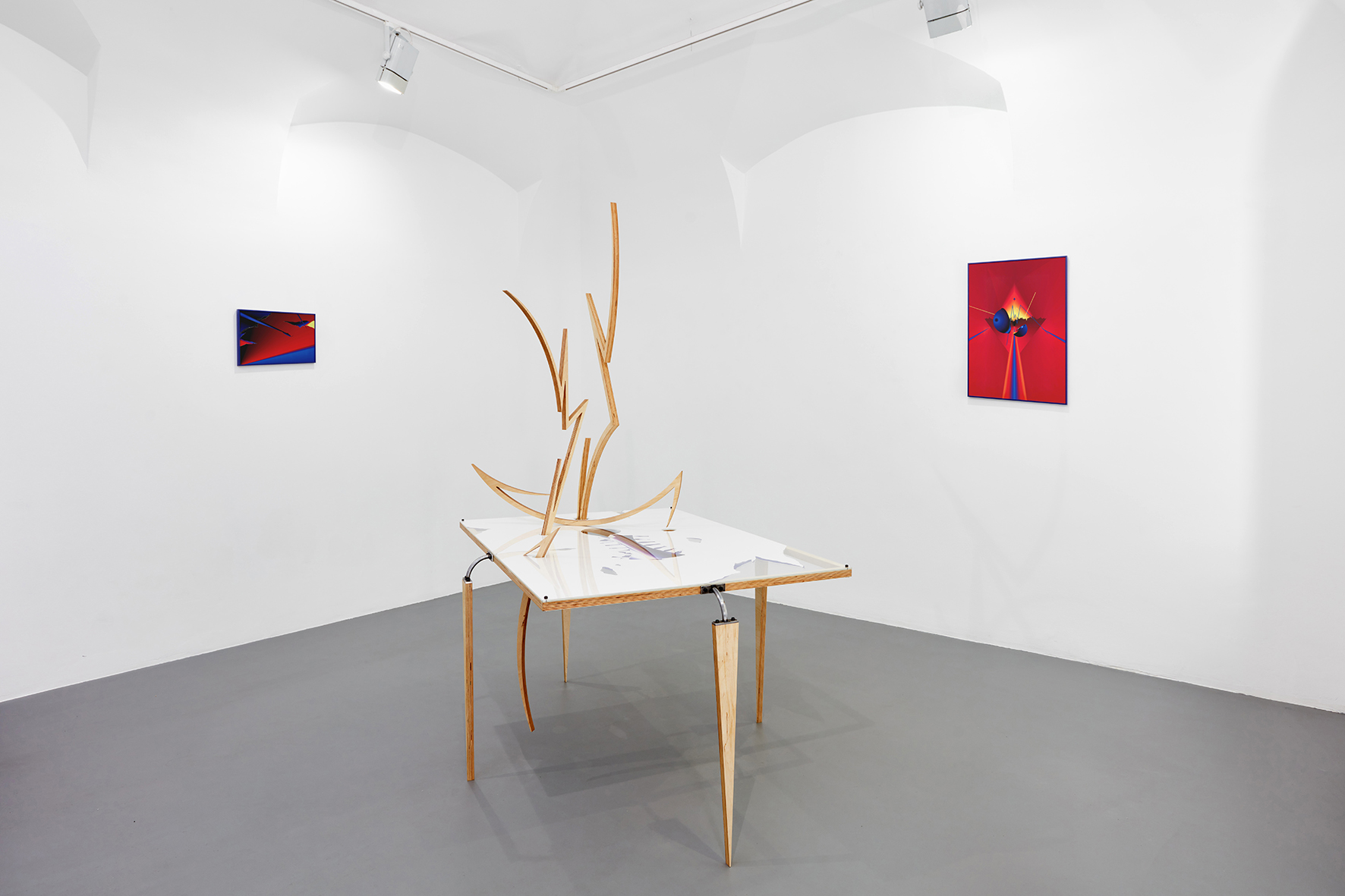 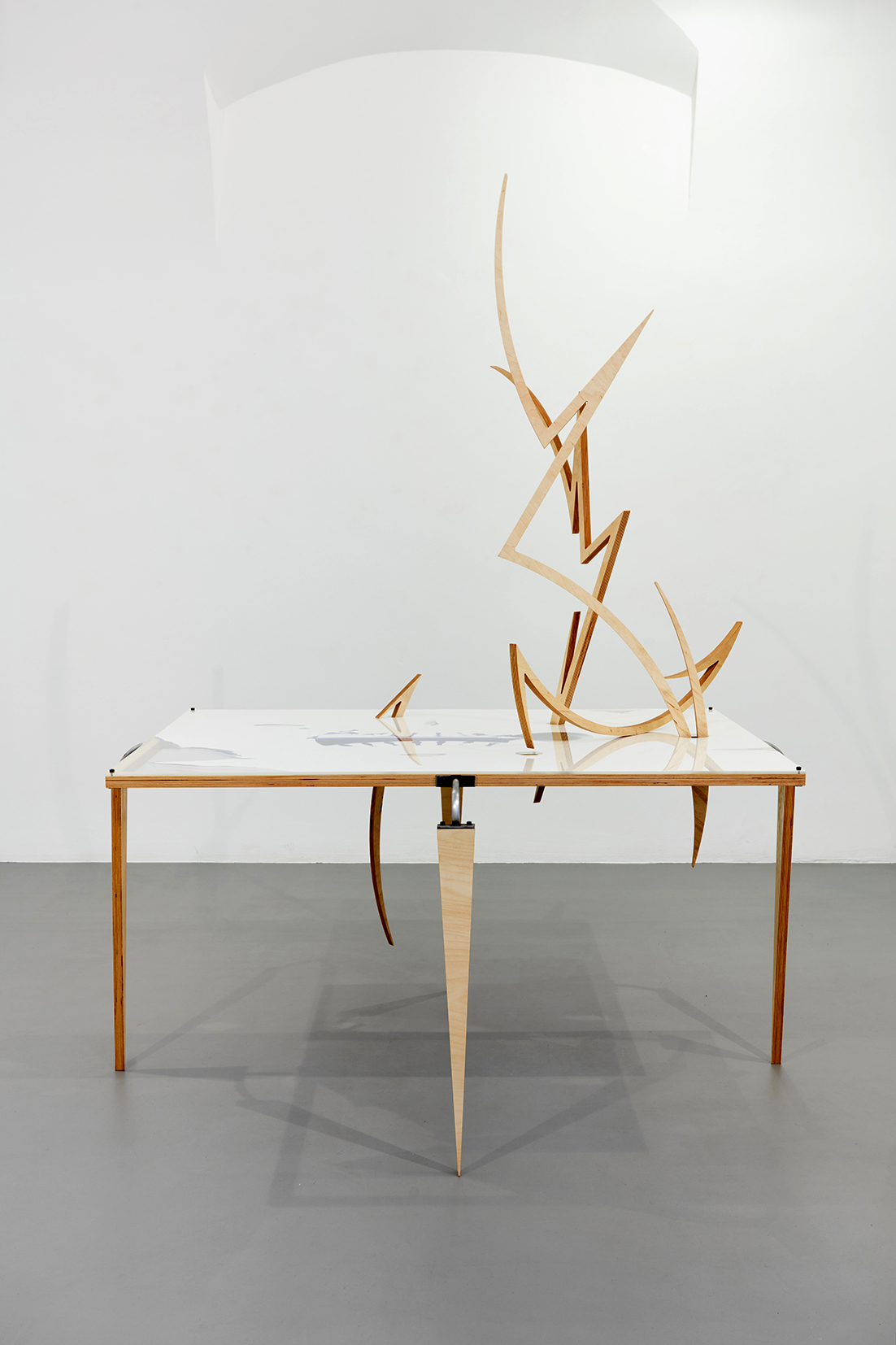 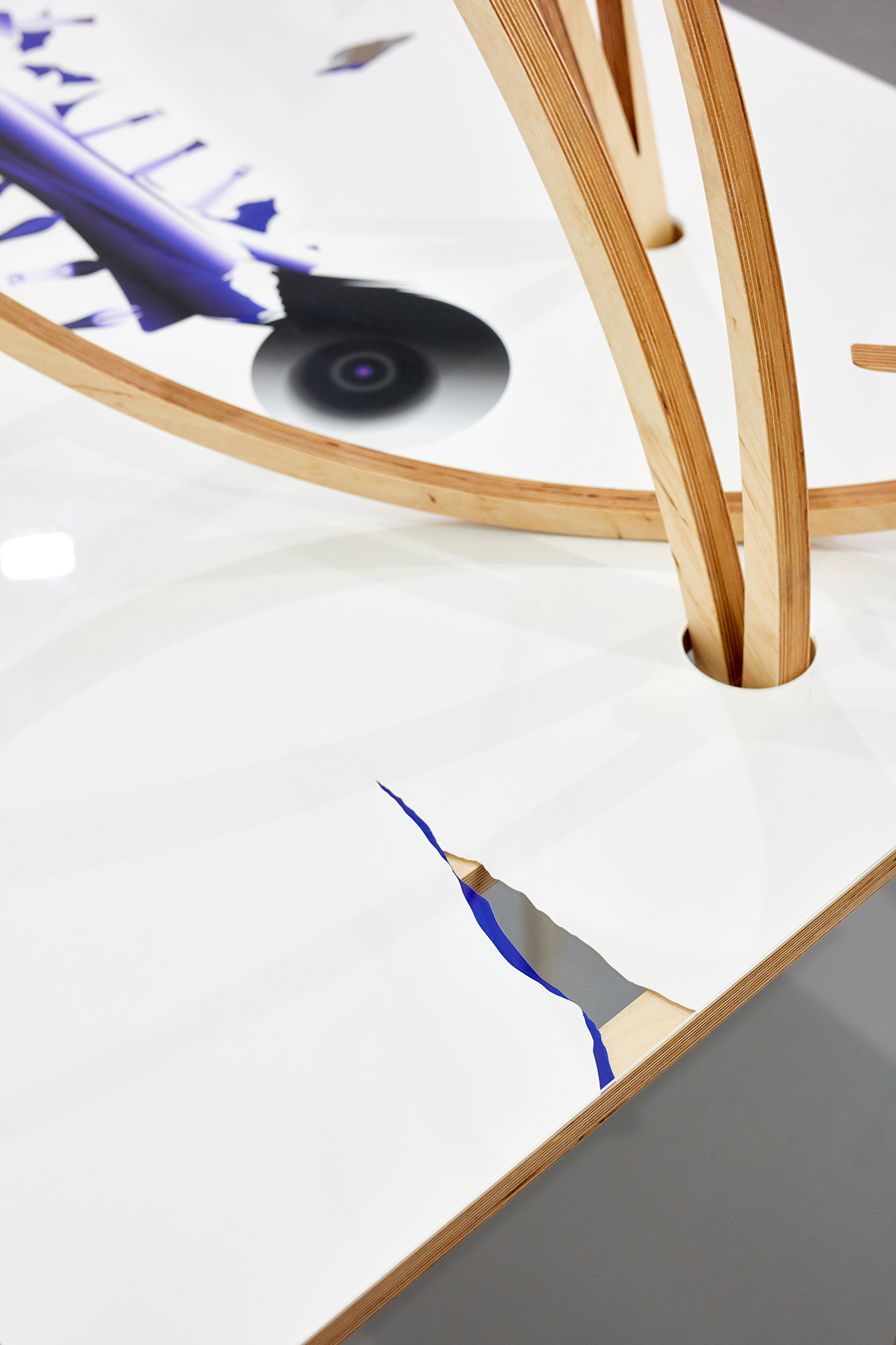 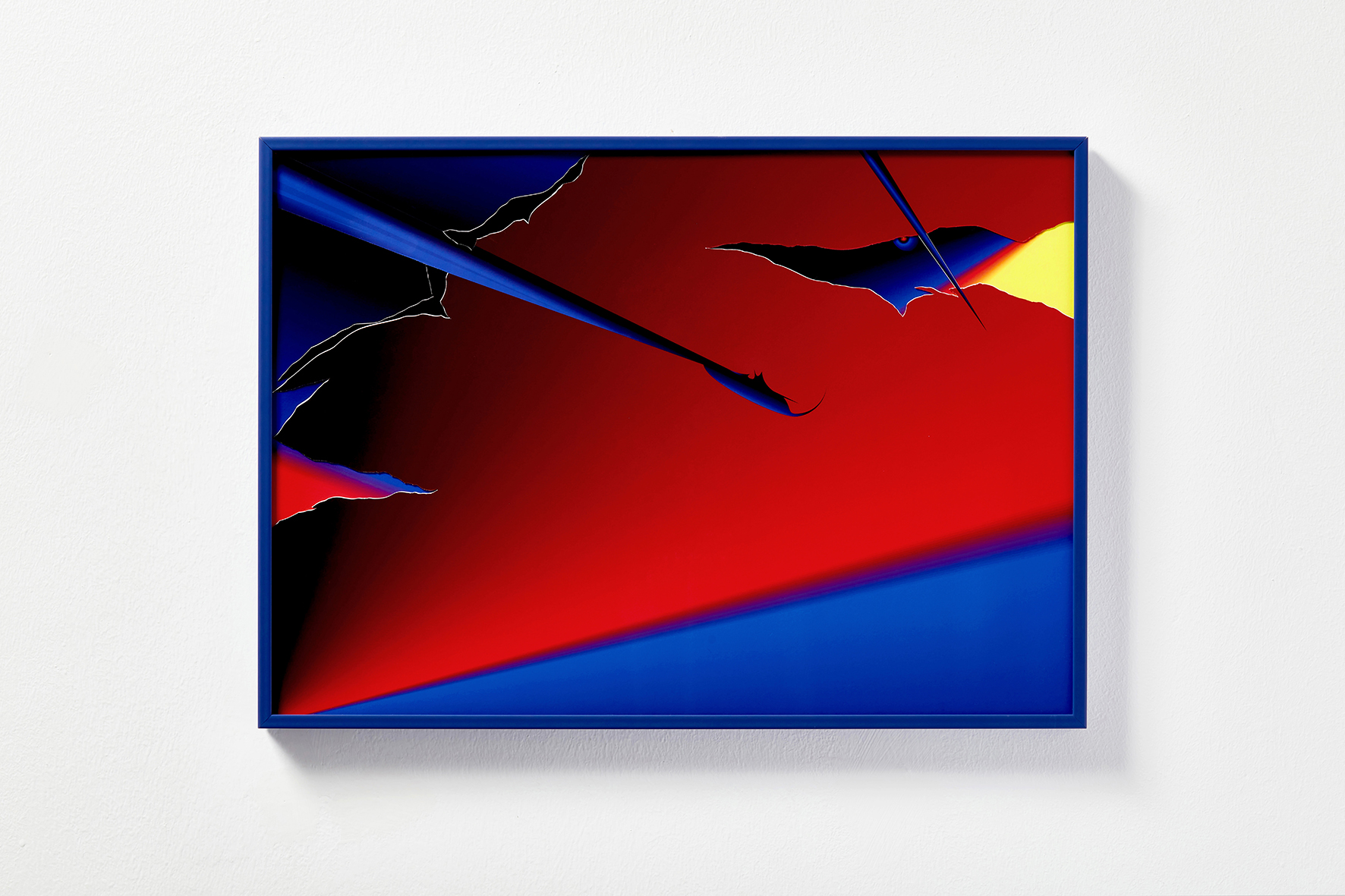 In his most recent, Response Mechanism series he also dealt with the tangibility and generalization of the opposing forces that sustain the balance of nature. His installations are vivid manifestations of the equilibrium and the frontier between stability and collapse. The leaf motif first appeared on a Vineyard Sprayer. The zigzag, dynamic, threateningly enlarged forms of the edges of the leaf collide with the more organic, almost life-like image of the sprayer pictured on the meticulous paper collage. By confronting the immanent qualities and characteristics of his personas, inverting them and even transposing them, Molnár portrays the simultaneously positively and negatively affecting nature of spraying that resists thinking in dichotomies. The dual nature of defensive and invasive processes essential in survival and in keeping the balance is sensitively portrayed by Molnár with a large plywood shape imitating the edge of a grape leaf that pierces through the delicate picture plane of a graphic work. This dramatic effect is emphasized in his latest work entitled Nest Installation as well. The work was exhibited at the solo show Along the Edge of the Leaf in Kisterem in 2021, and its inspirational sources were now the inner processes of the ecosystem – such motifs as the spikes, and topics as the defense mechanisms of the two-tailed pasha butterfly and the resulting chewed, sickened tree leaves. The graphic work at the center of the installation that depicts an enigmatic shape is pierced even more ruthlessly by fragmented, even more threatening leaf-edge forms. On the surface of the graphic work that used to be clean and delicate, one can discover damages, and ruptures that evoke the traces of an internal or external “attack”.