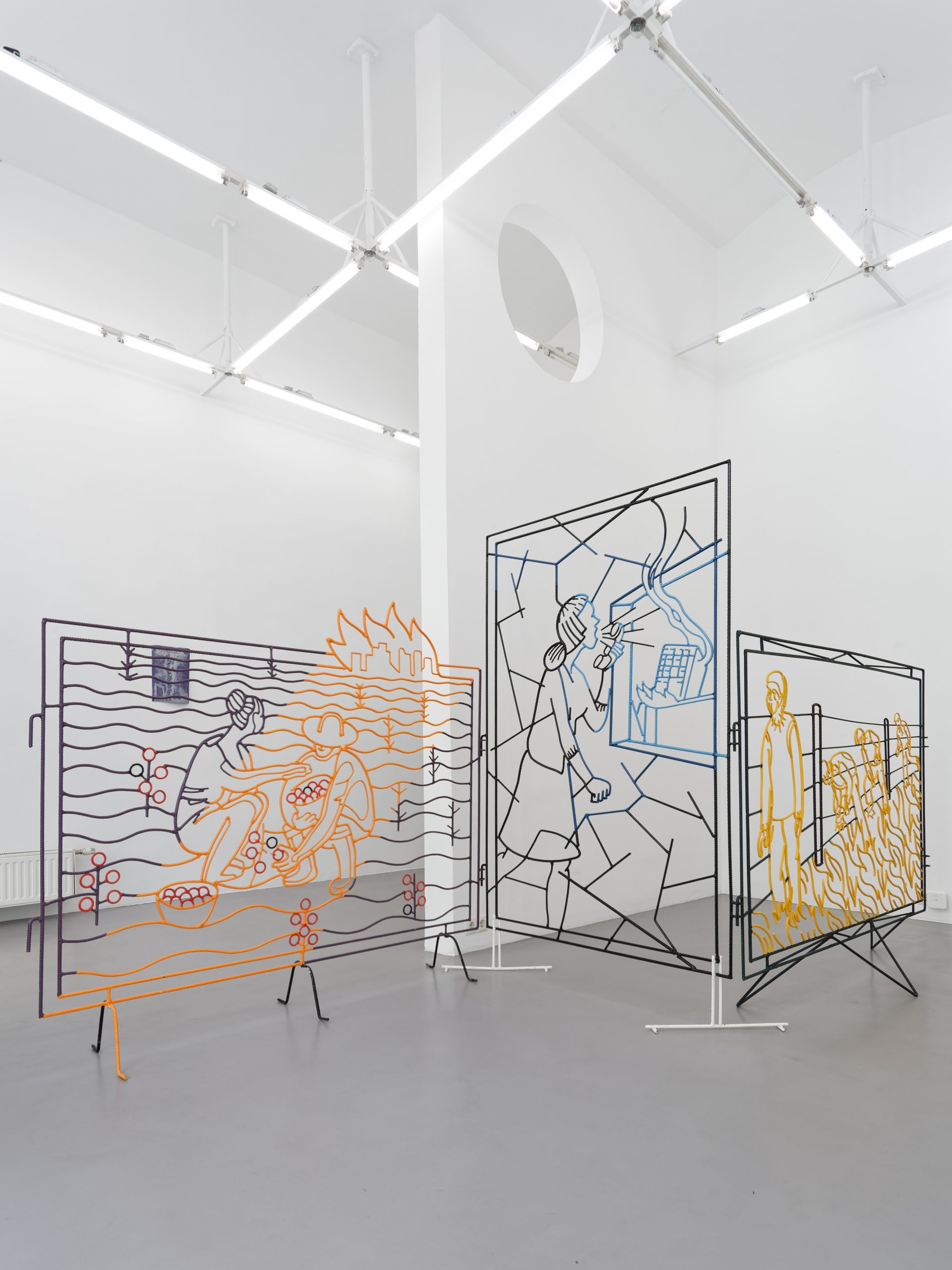 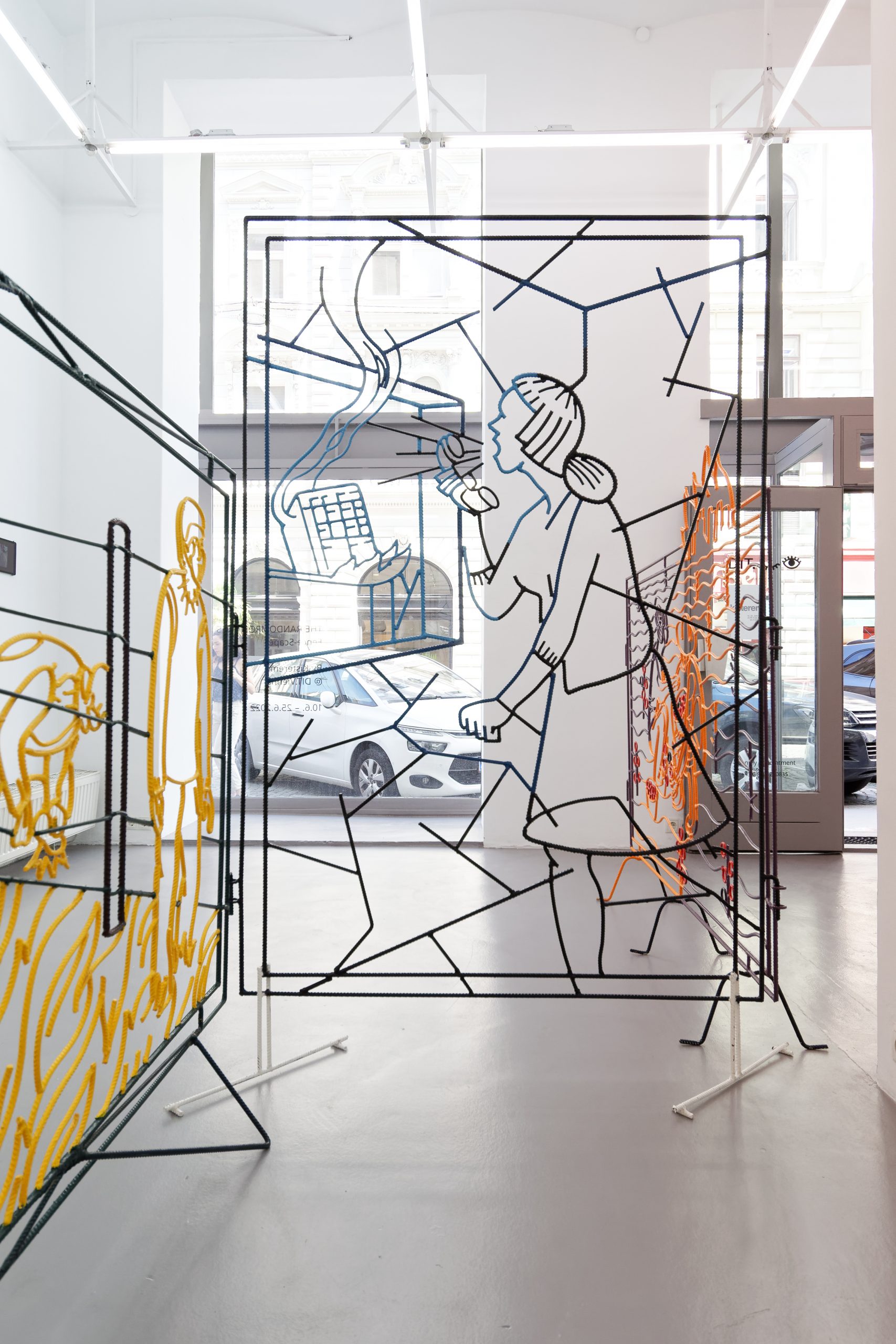 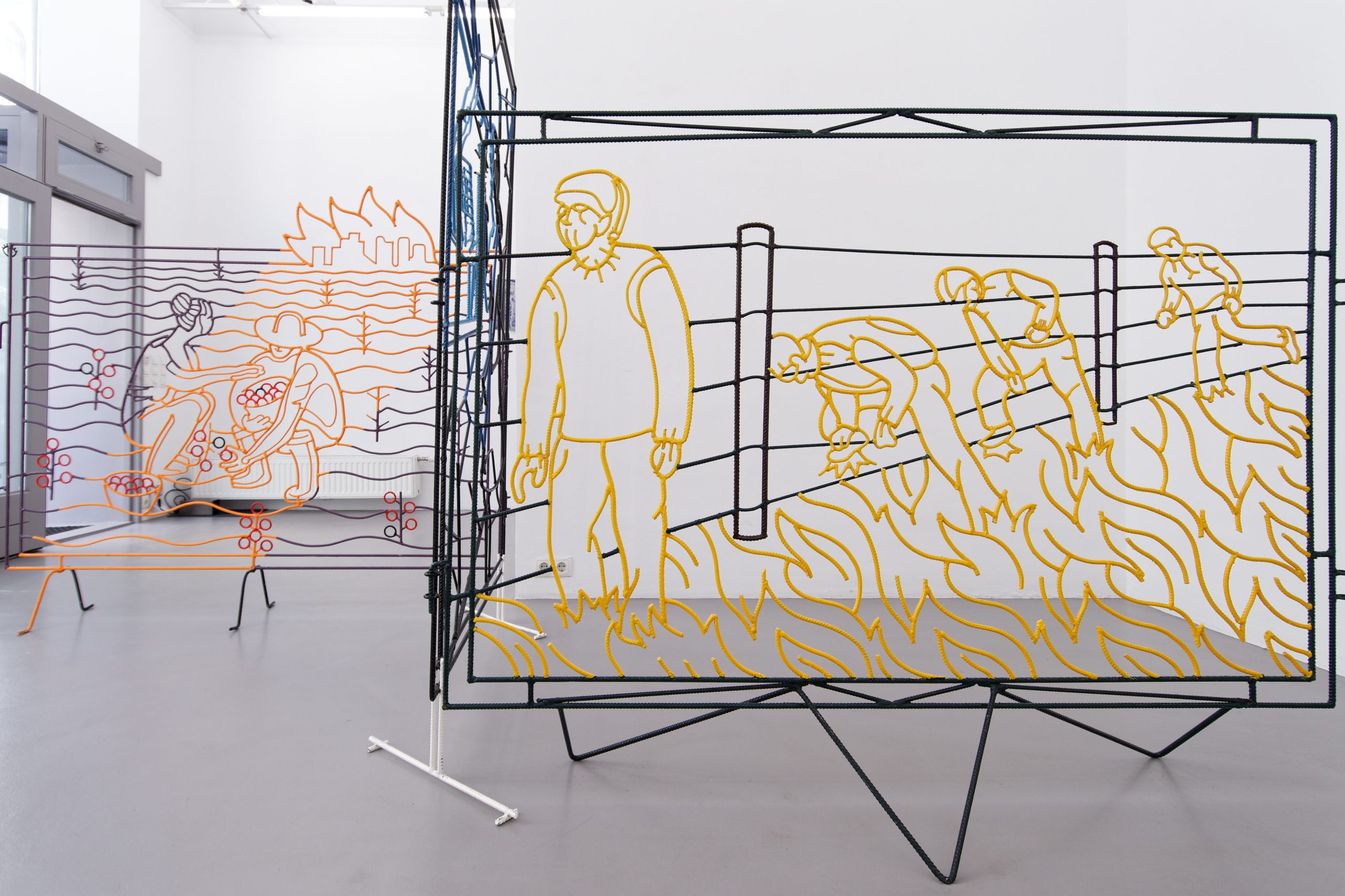 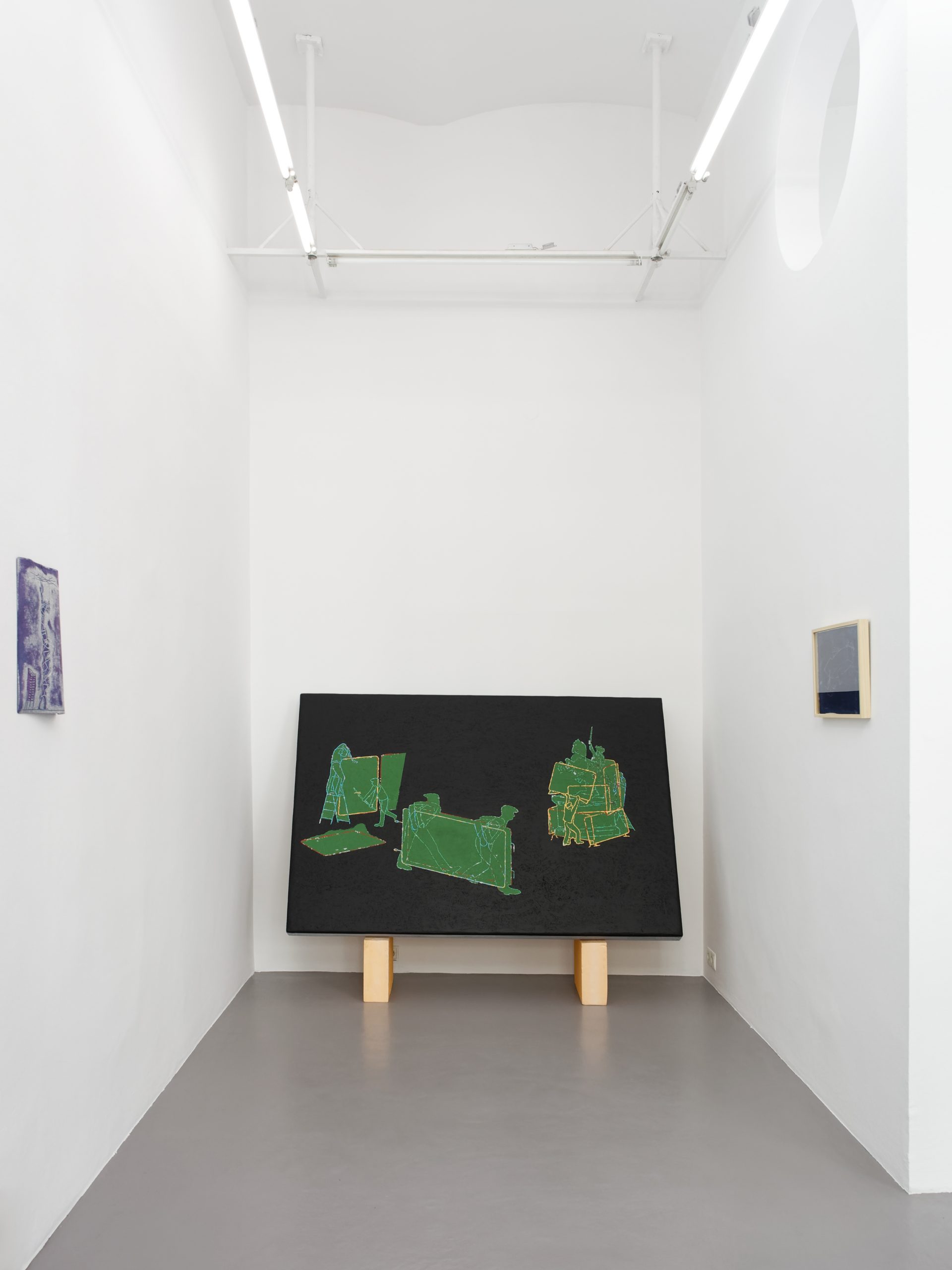 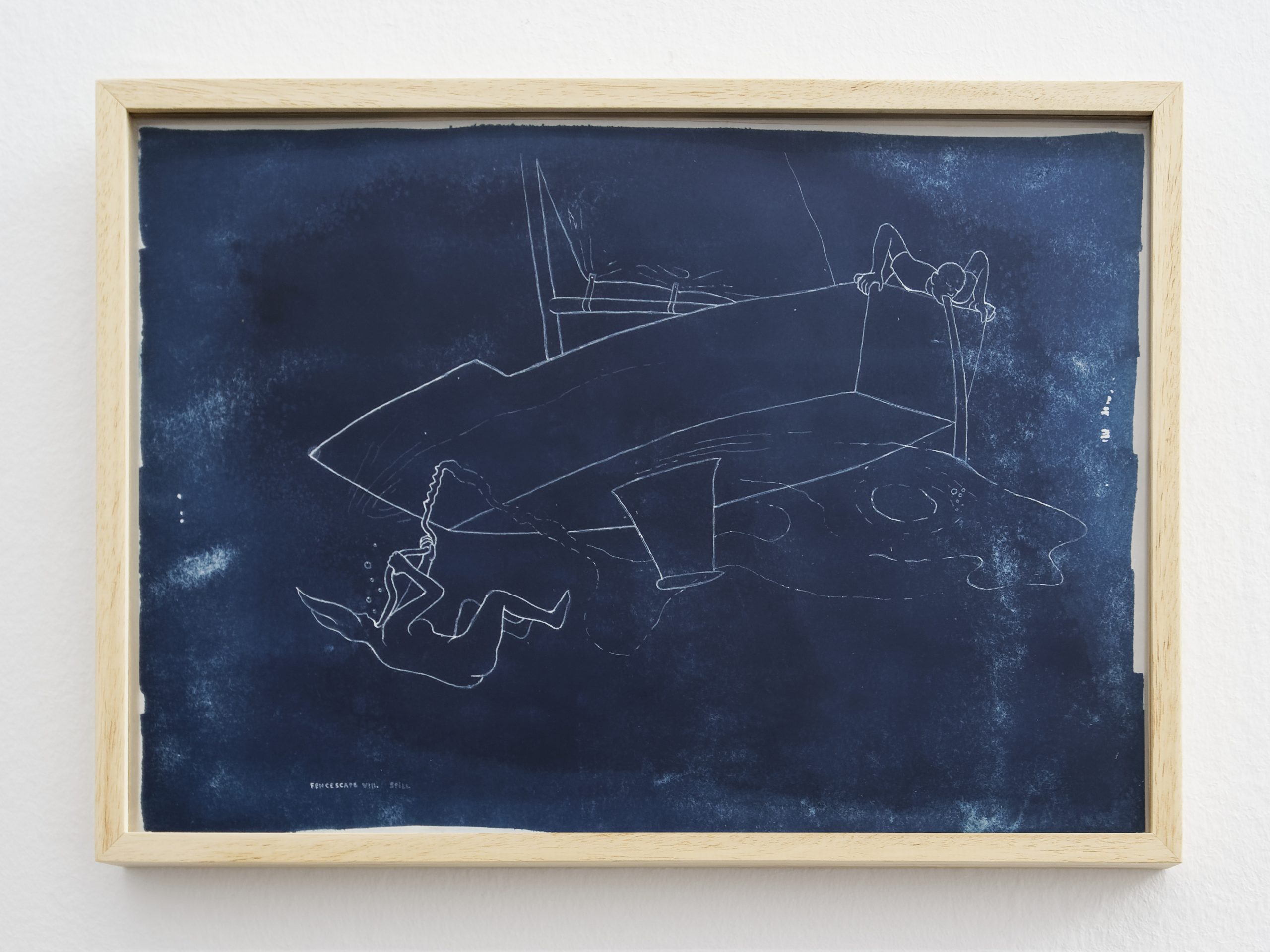 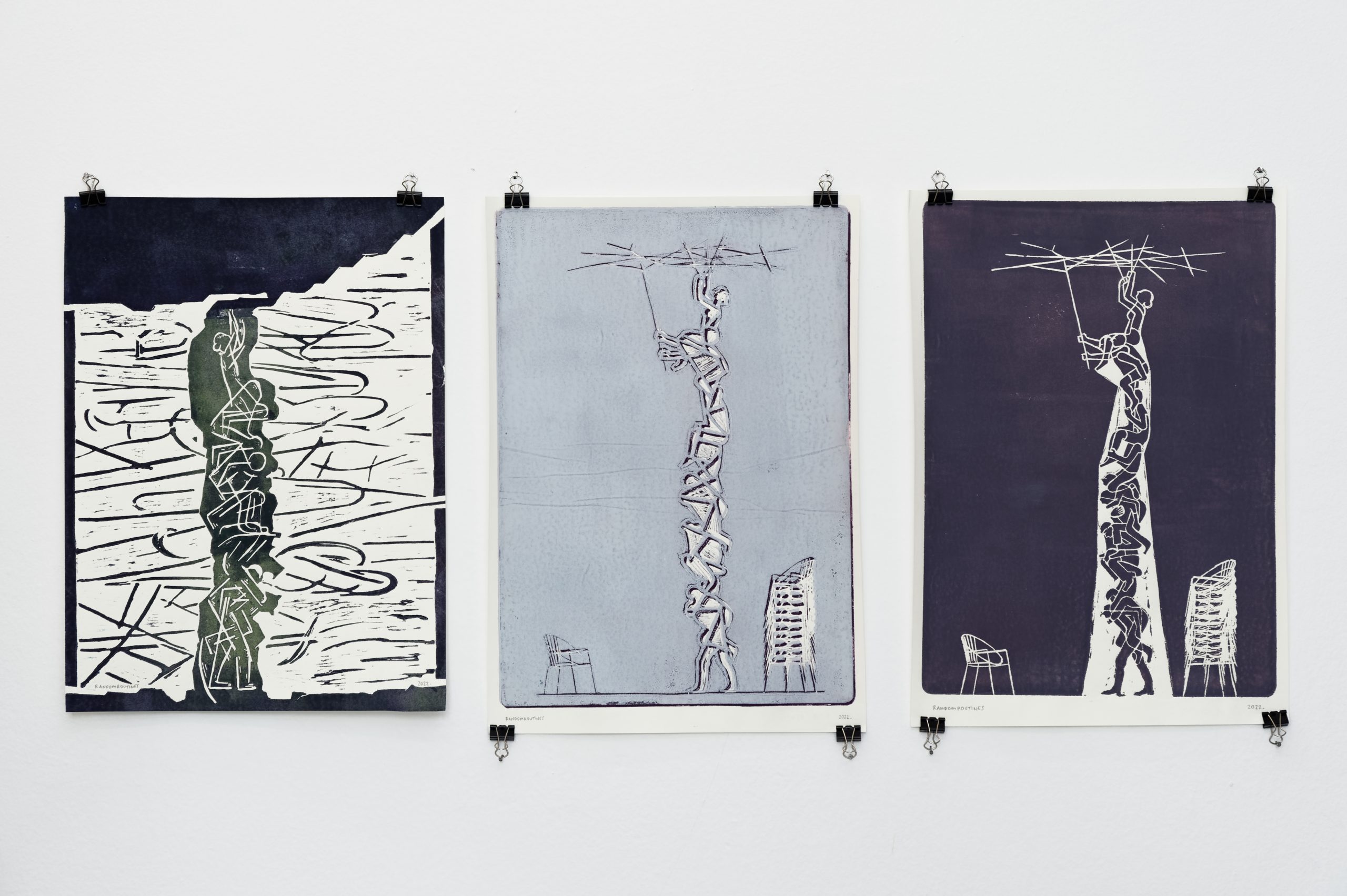 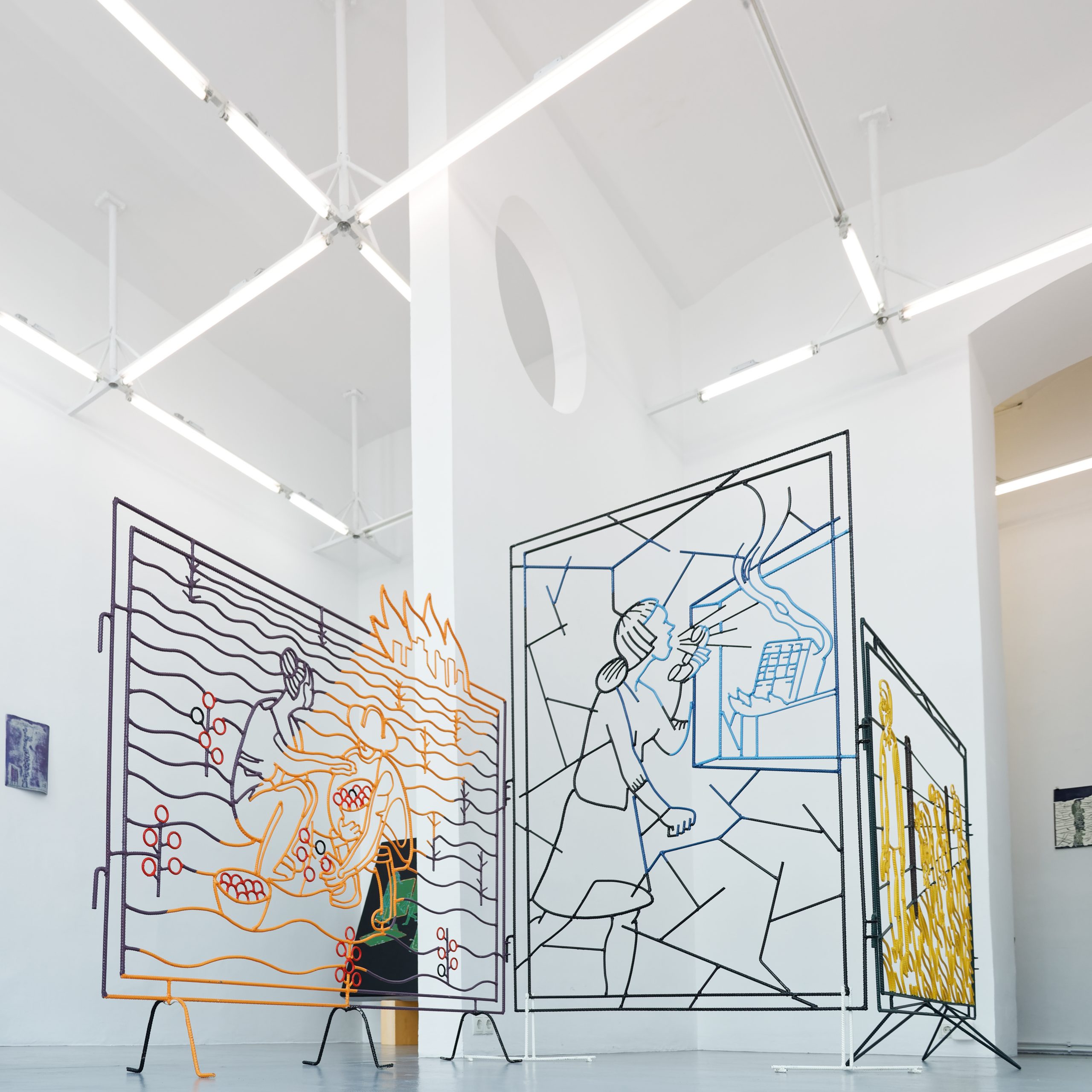 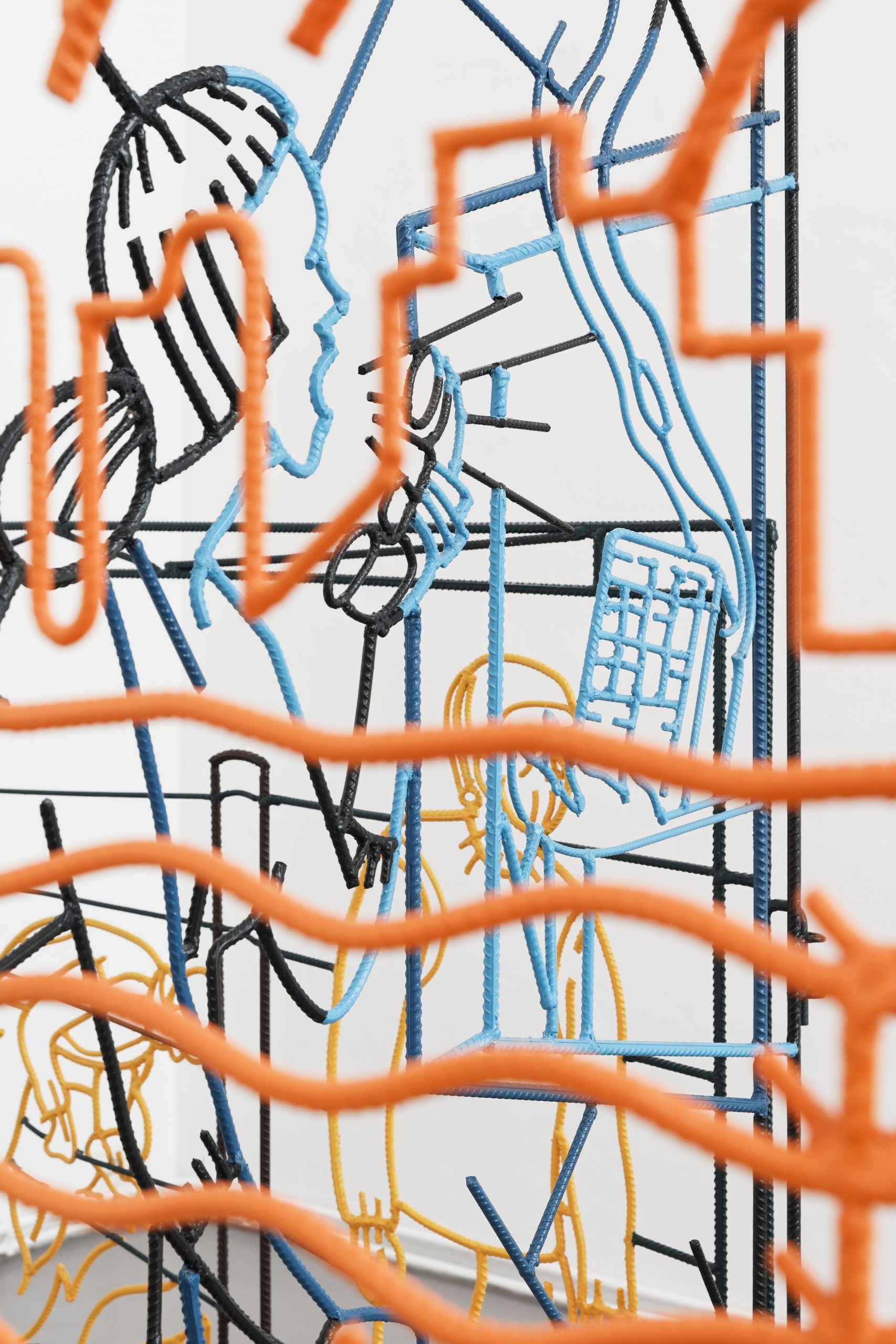 Kisterem is thrilled to announce its collaboration with DIT. Vienna, an exhibition space in Schleifmühlgasse where Kisterem presents Fence-Scape by The Randomroutines artist duo (Tamás Kaszás & Krisztián Kristóf) in the form of a three-week pop-up exhibition.

The Randomroutines artist duo (Tamás Kaszás & Krisztián Kristóf, since 2003) are known for their experiments with narrative forms through various media, mostly installation, video and animation. Their artistic practice can be described as learning-by-doing: experimenting with methods they are interested in but are not necessarily familiar with. Their works, mostly based on drawings, tend to reach their final shape after being filtered through numerous iterations and series of experiments using different means and materials.

Visual stories told by The Randomroutines often spring from an observation of their geopolitical surroundings, Central-Eastern-European life and its history. One such was the particular use of rebar (short for reinforcing bar) in the Eastern Bloc during the Socialist era. This simple, functional, and abundantly present material generally used to reinforce concrete became a resource for decorating the borders of one’s territory, as by being welded into any shape or form, it could easily be transformed into a unique fence, railing, window grille, or even into a flower rack. These DIY structures involuntarily became pieces of ‘folk public art’ that, given the time of their creation, usually conveyed optimistic messages of a Socialist utopia.

Based on an extensive archive of rebar works, the duo started their own series of rebar pieces entitled Iron Drawings in 2010. Using the visual language of the Socialist era, they began to draw with rebar to tell stories of their own future, one of a possible imminent technological and social collapse. Fence-Scape is an ongoing series created within this conceptual framework that tackles its very essence. The pieces, balancing between being two-dimensional and spatial, act as pages of a story that depict micro-stories of a common disaster from separate points of view, with minor shifts in time. Welded into the shape of an actual fence, they are functional objects that on the one hand refer to present-day fences used by police forces to barricade crowds, and on the other hand can be linked to form a corral, once all pieces are finished. Thus, Fence-Scape is an instrument that can be used to protect or to exclude, either way, to create a border between territories that inherently brings with it notions of crossing and transgression, as depicted by one of the panels. Escaping from the possible outcomes of the dystopian scenario, later the characters of Fence-Scape will go so far as to disassemble the structures of their own existence and take themselves into another story.