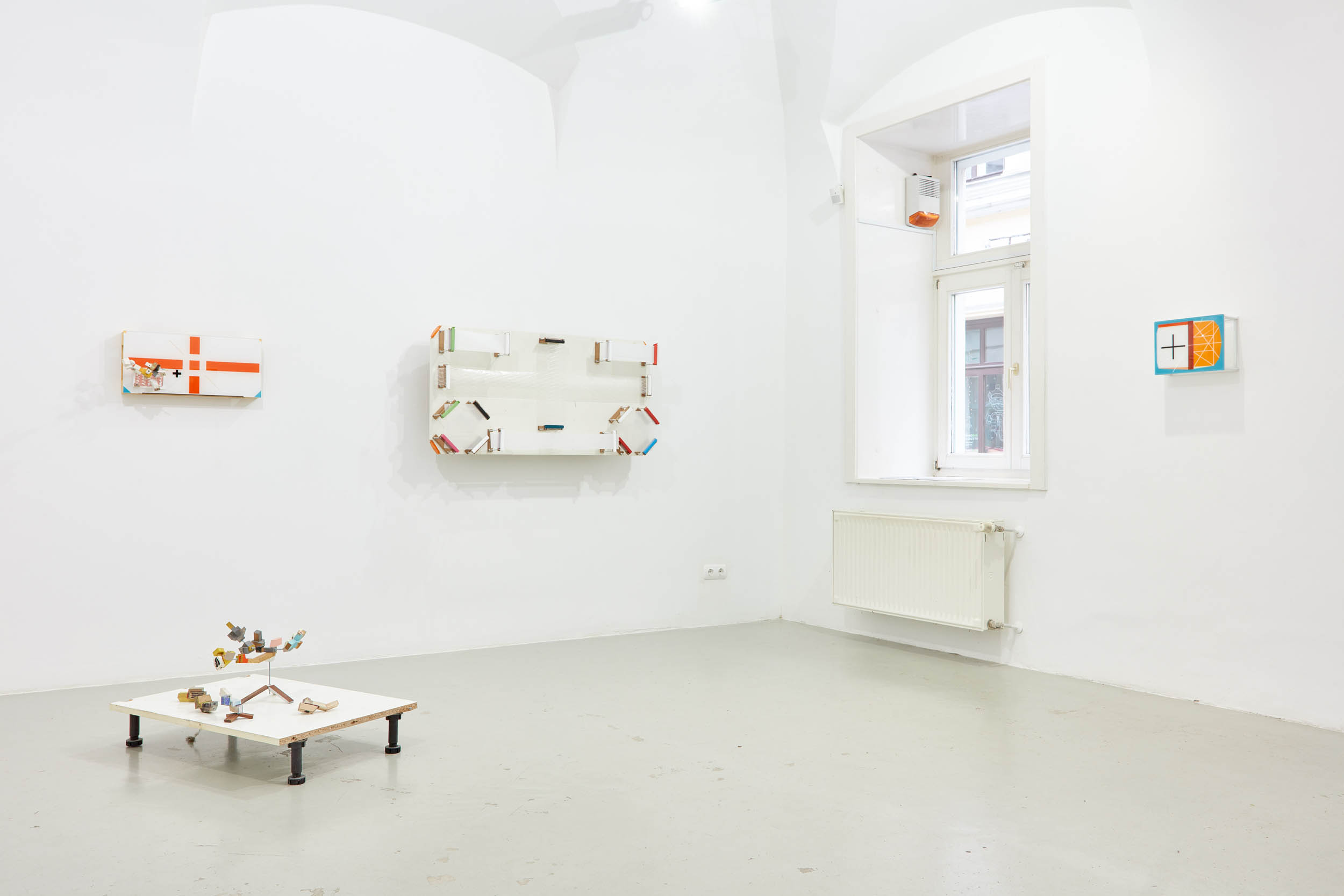 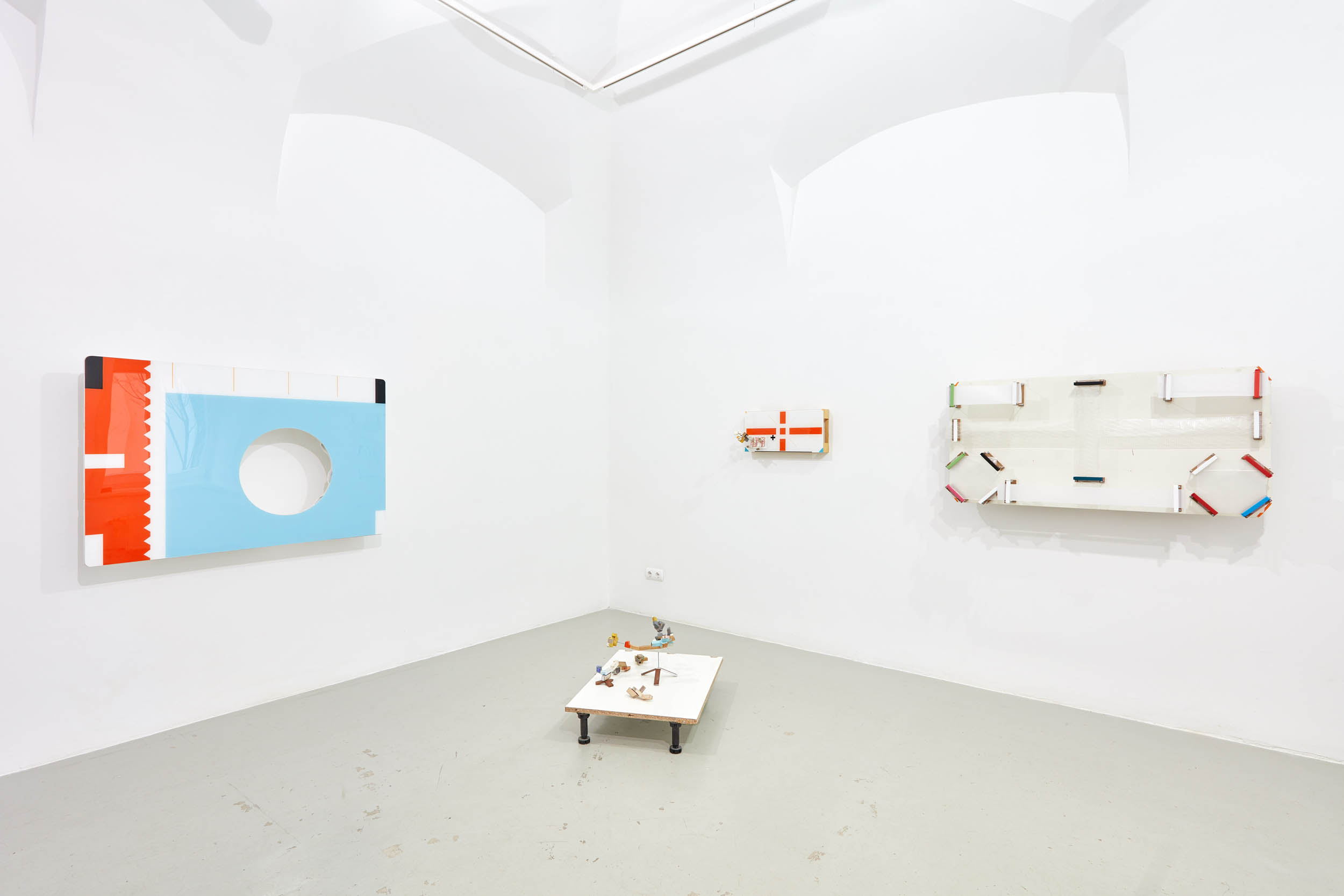 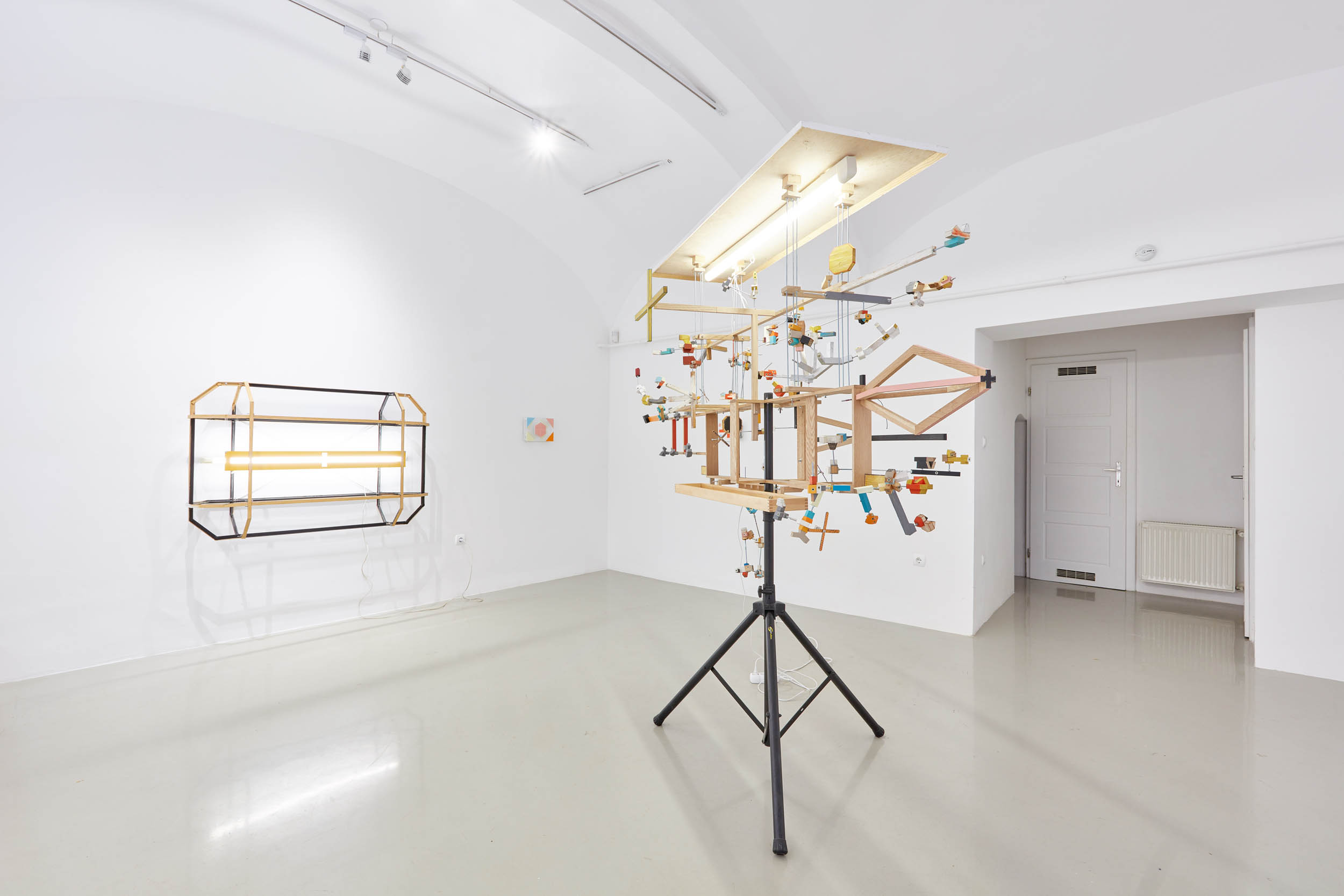 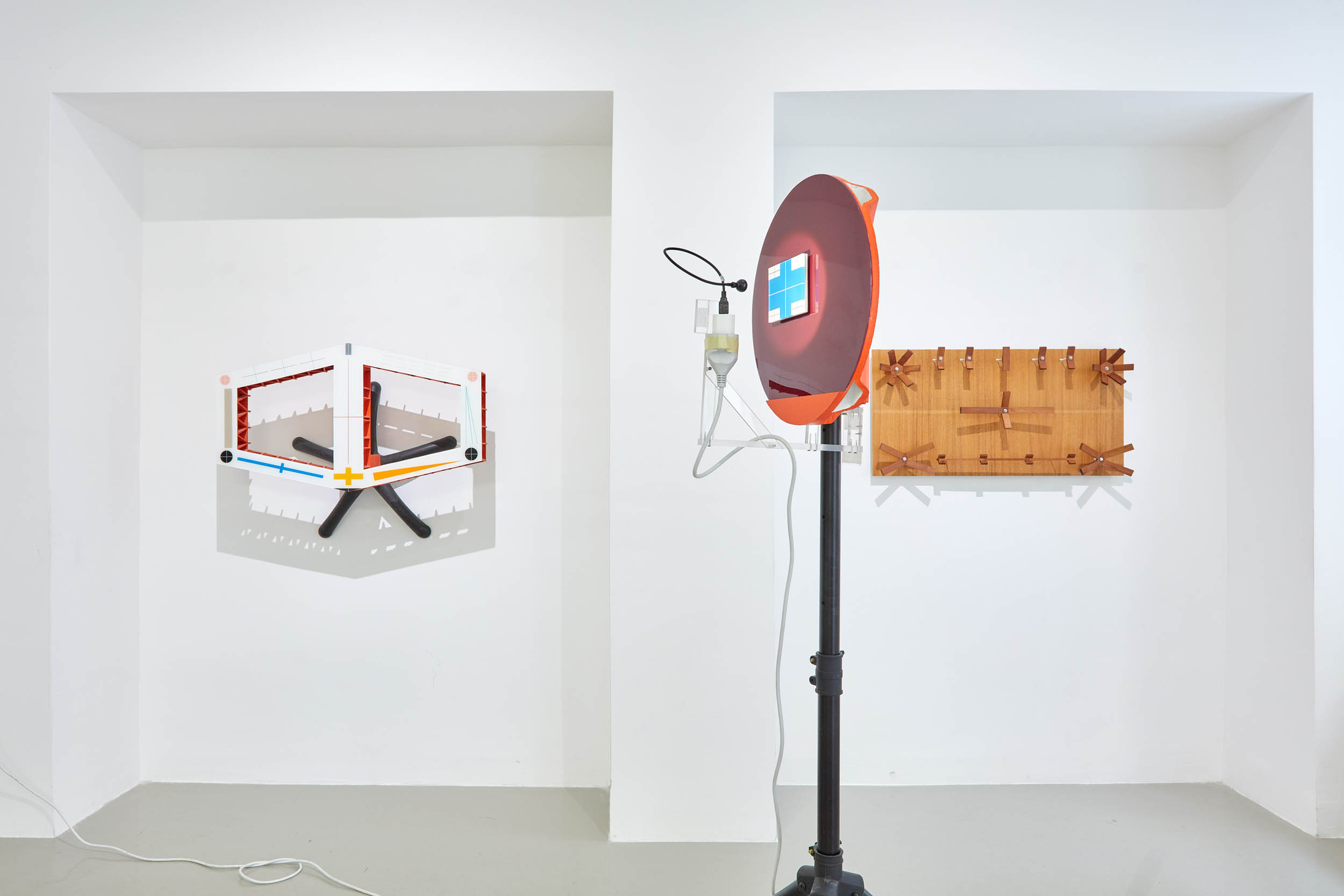 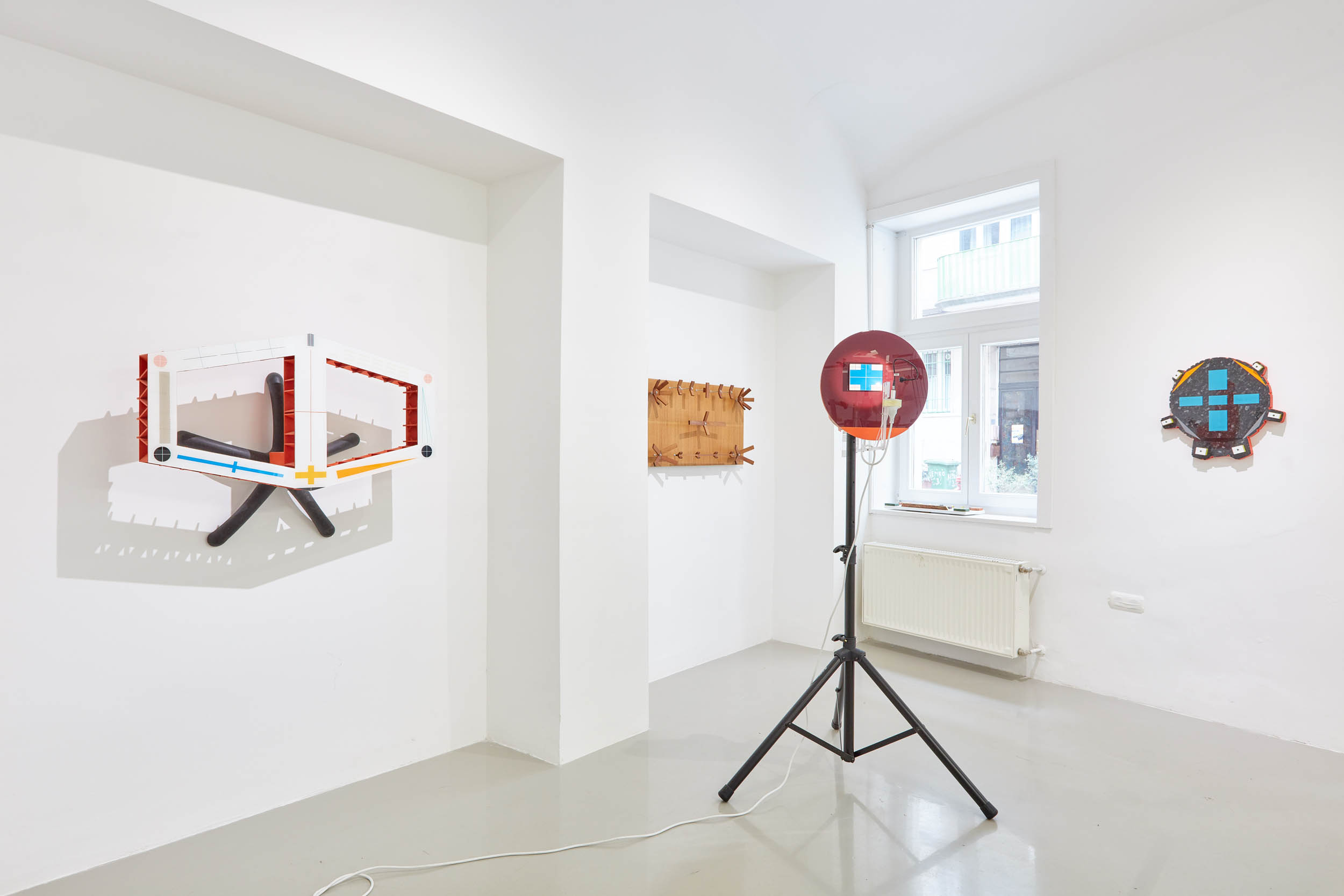 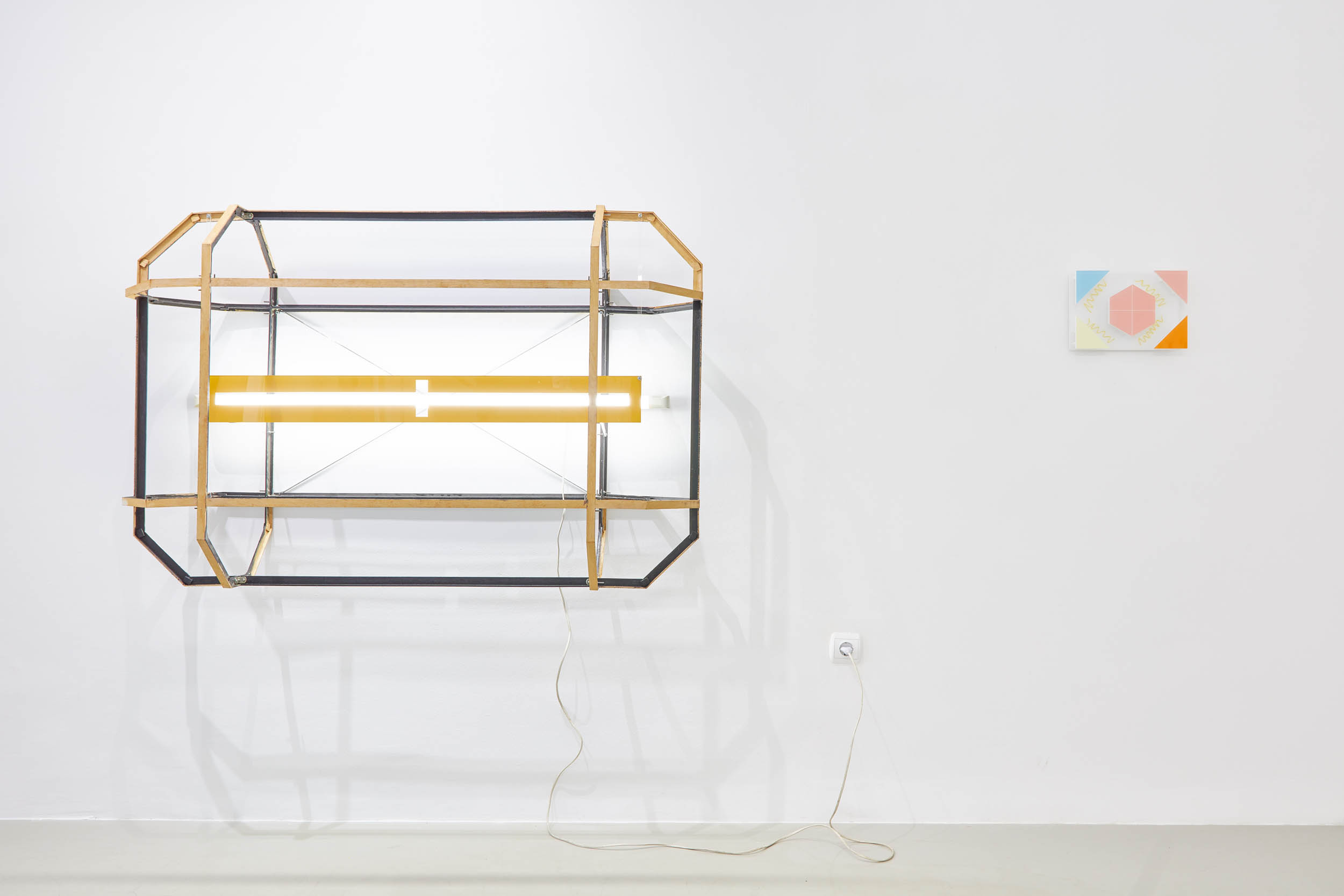 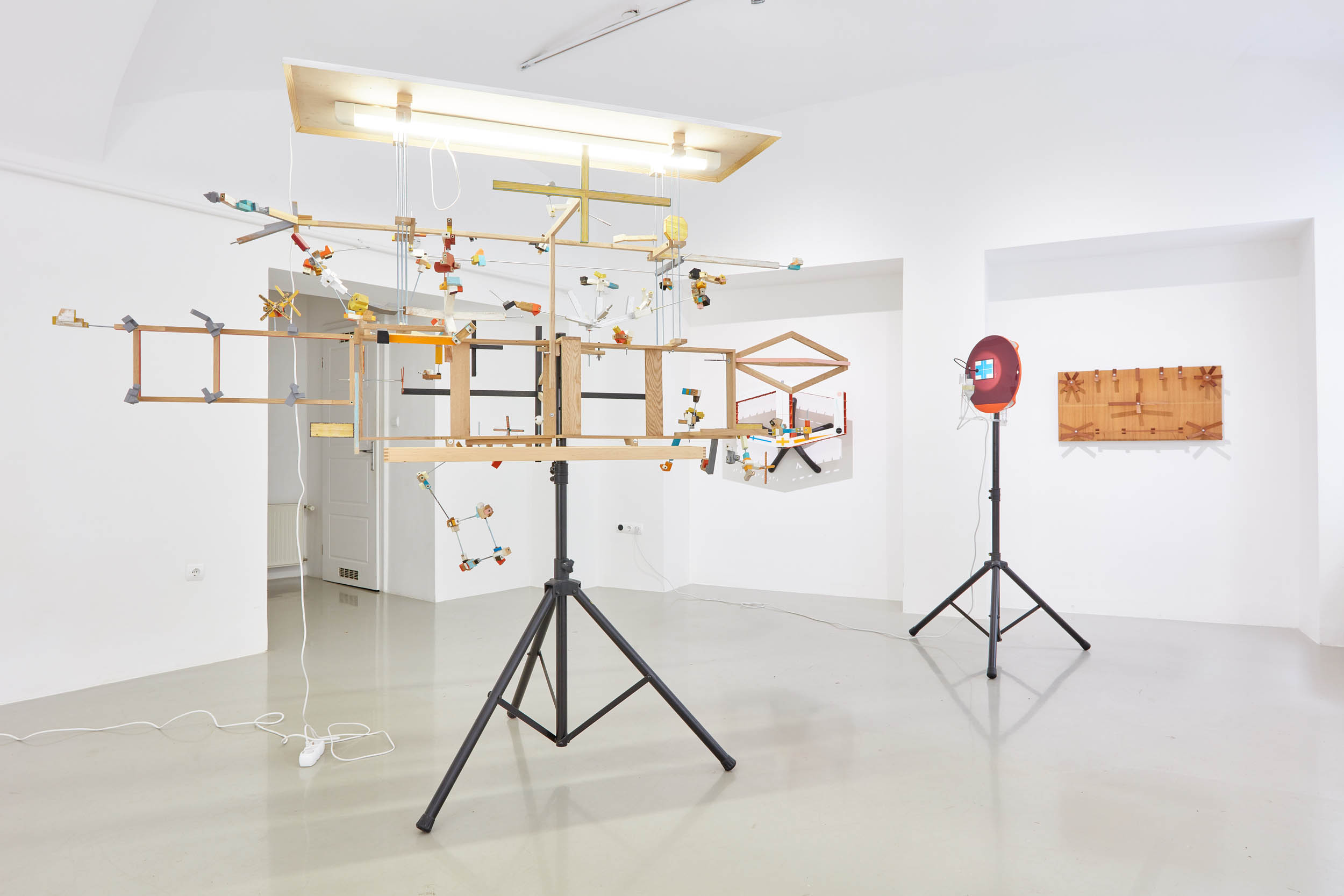 The underlying characteristics of Ádám Kokesch’s art are the scrutiny of relationships between forms and functions, the unbiased experimentation with the variability of things or its very boundaries and the exploration of the implications generated by unexpected constellations. In his world, things bear basic characteristics instead of meanings and can be utilized in a flexible way according to the context.

Kokesch deconstructs the visual language of 20th-century geometric abstraction, one that can mean a canonized, complete set of signs in contemporary art and one that can be put to use in any way, even without direct references in a postmodern manner. He mixes the visual sets of different styles, isms and modern design with the aesthetics of information technology. The actual visual language and the objects are separated from the category of pragmatism and are treated as abstraction, their known functions and mechanisms suspended or just kept as references. The chosen materials, objects, patterns are ever rearranged into new constellations according to the momentary judgment of the artist, giving way to free associations.

The ambivalent openness, the tension between illusion and reality are still present in Kokesch’s works, the system of references in which his works exist is not eliminated entirely. Through this act, however, the performative nature of the objects – ones with an air of indecipherable expediency – is transformed from eerie to more playful, while the components of various quality still function as organic parts of a coherent system as a result of the artist’s unique and inherent visual logic. Therefore Kokesch’s more and more intricate constructions or even exhibitions as complete installations allow for even more complex variability, creating ideal models suggestive of open structures and flexibility and founded upon collectivity, action, and experimentation as a means of organization.