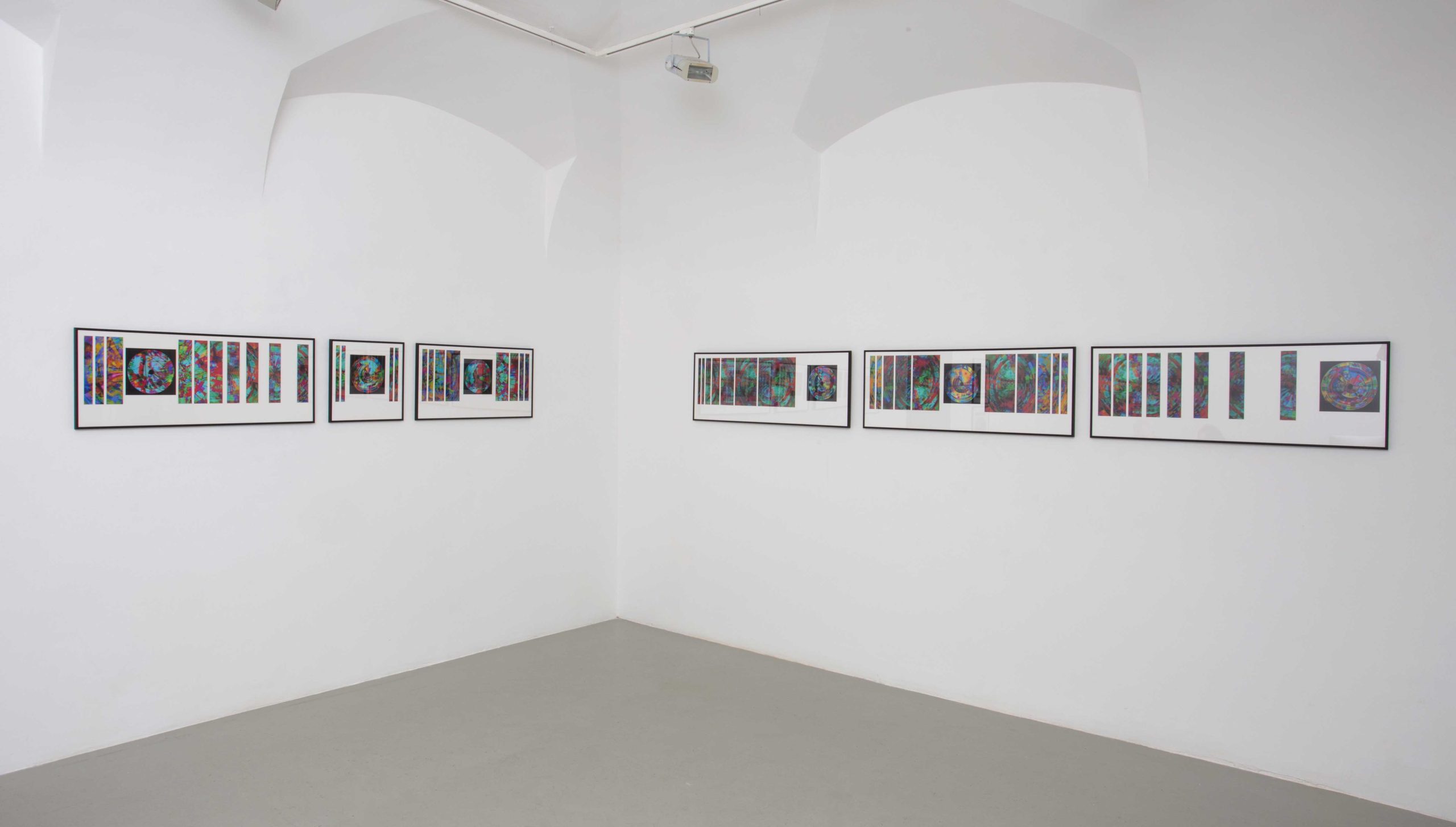 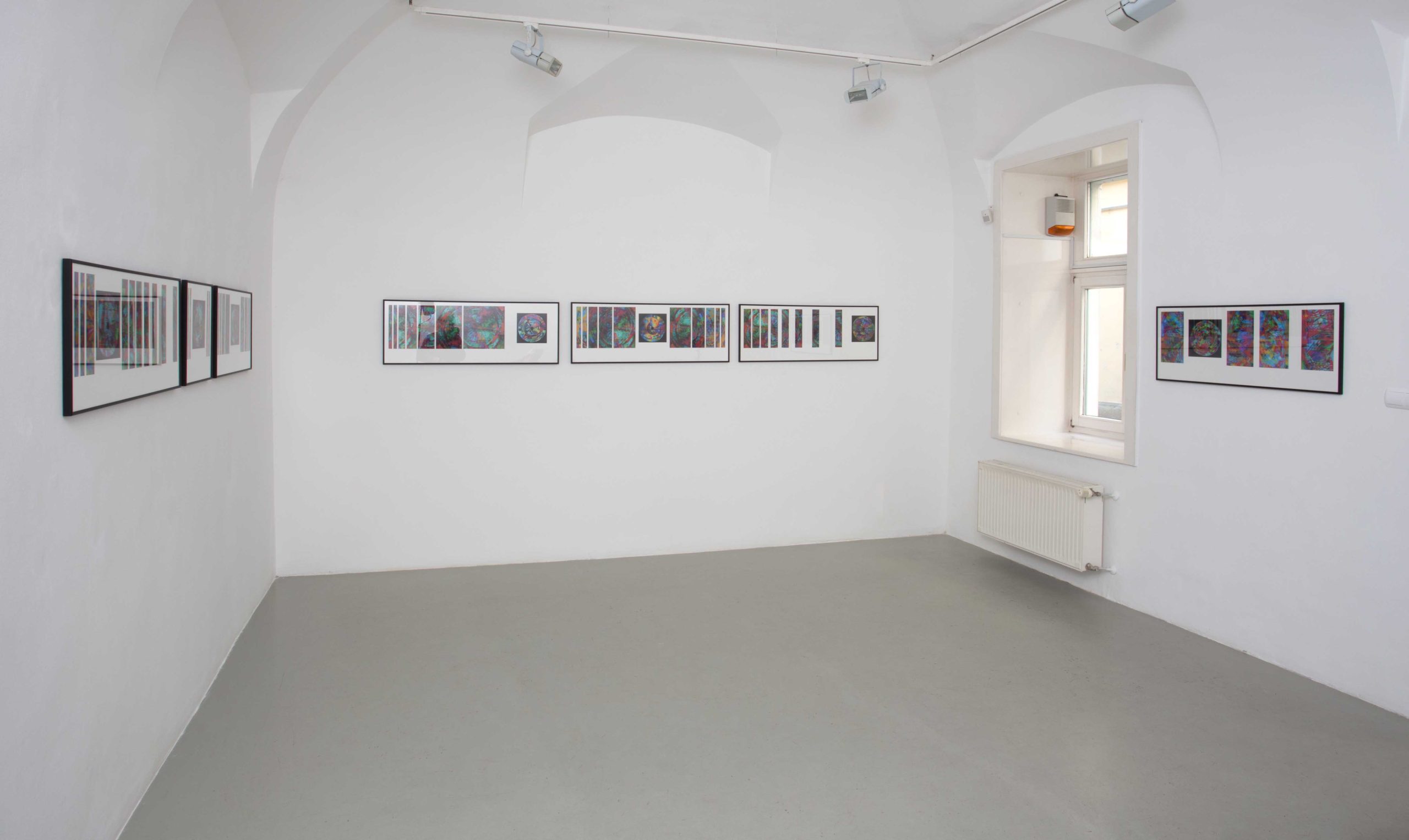 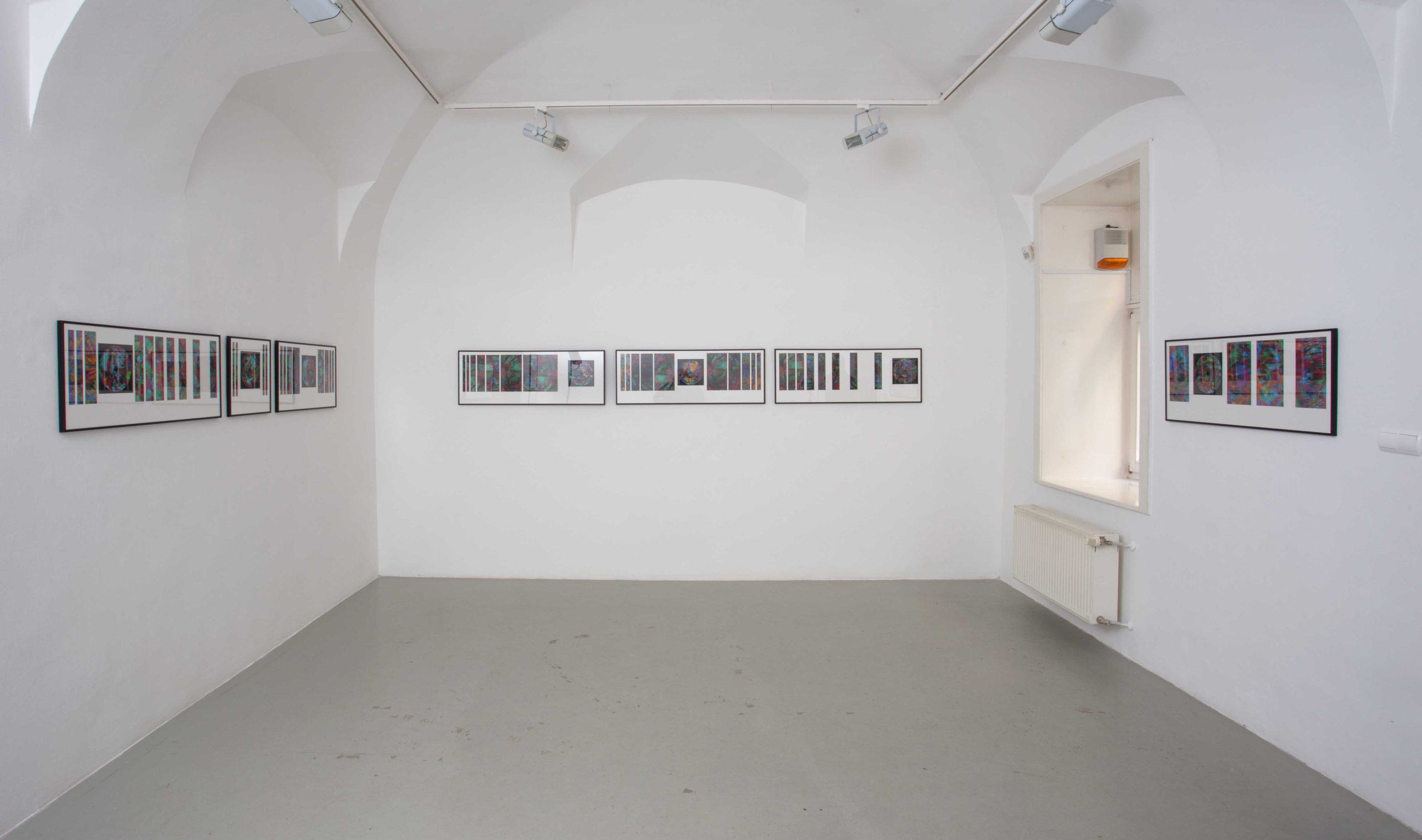 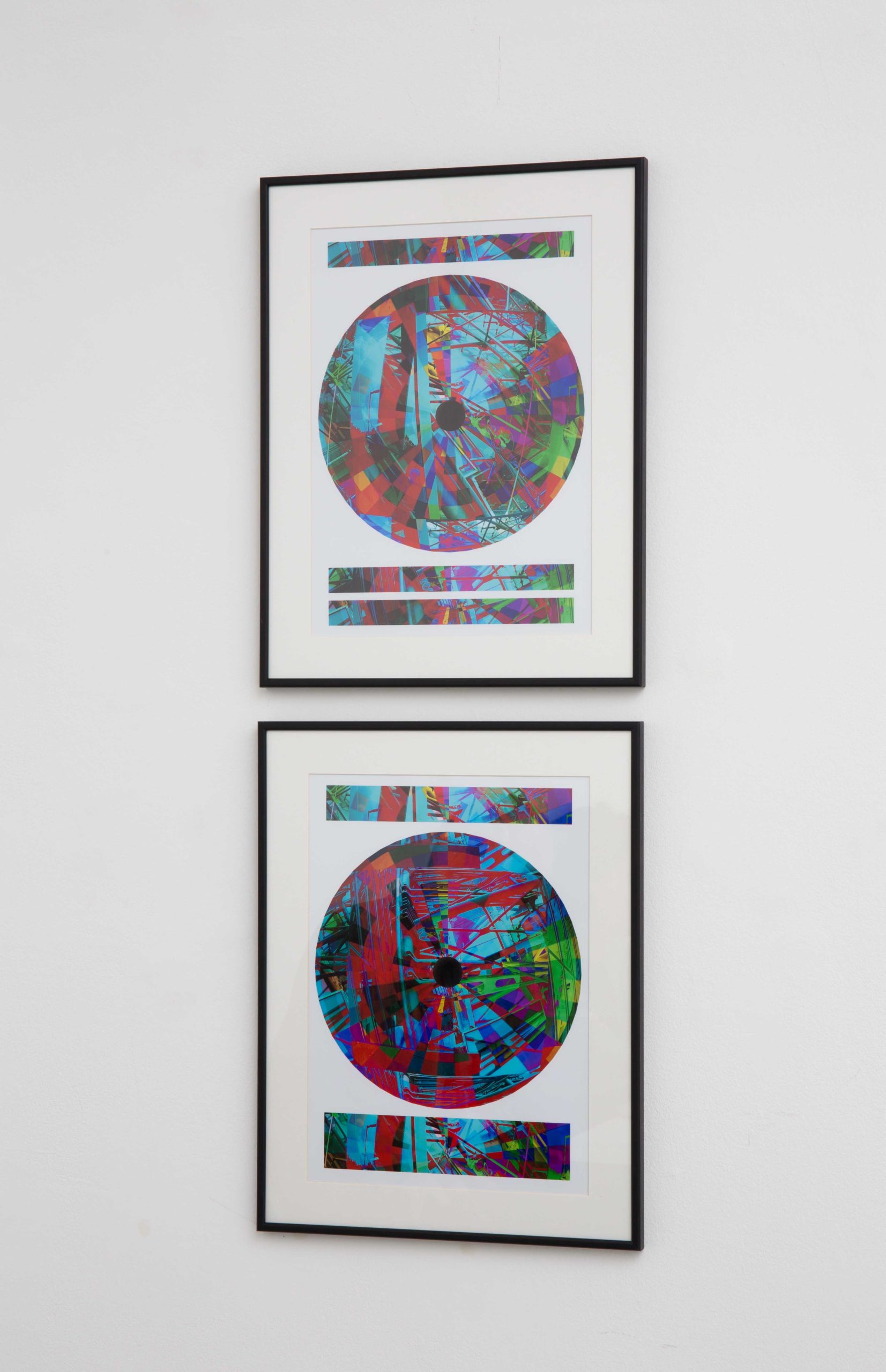 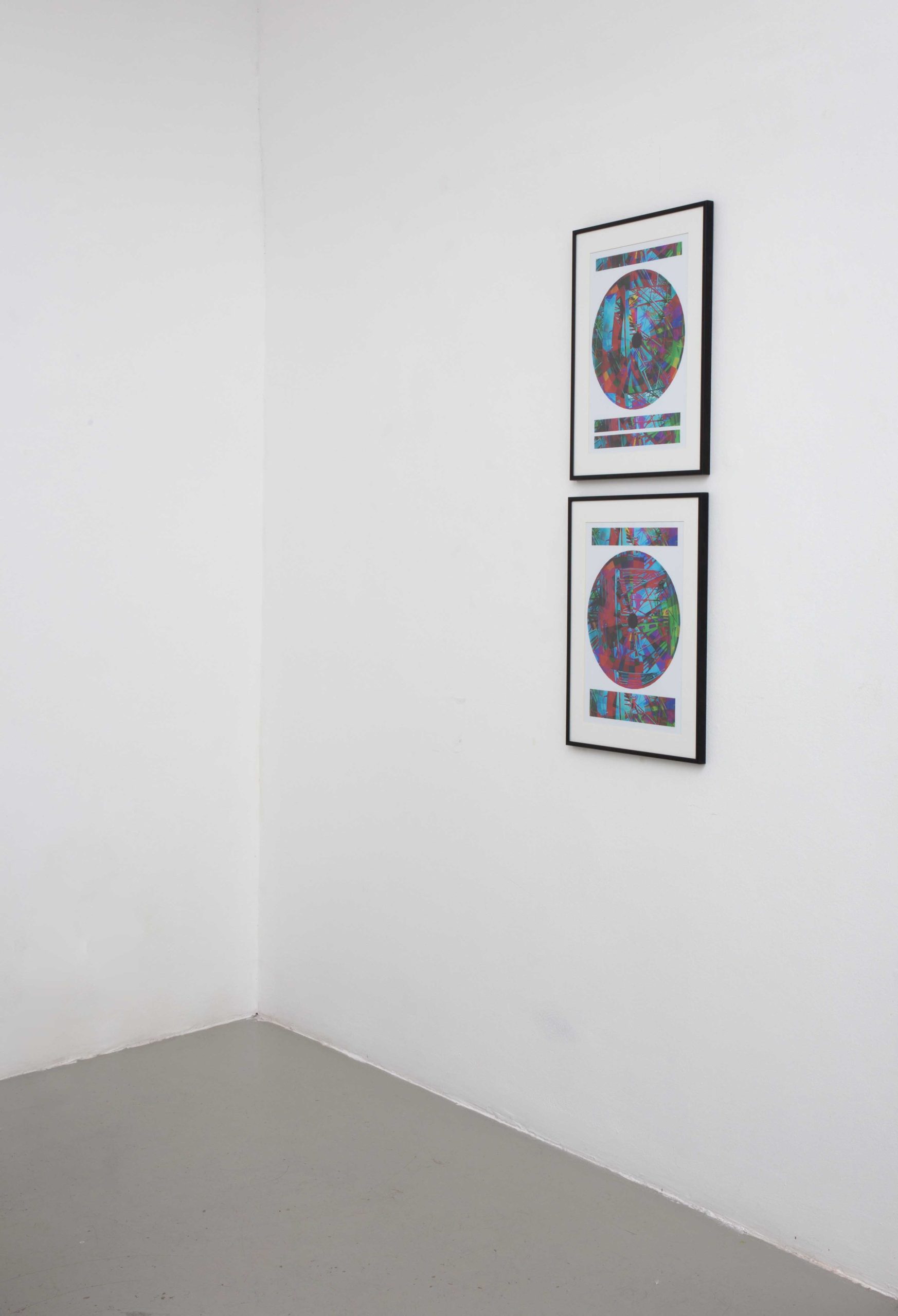 The series We cannot See Clearly is a direct continuation of my former work Objects from 2014. The stereoscopic spatial illusion – obviously not pictured on monoscopic reproductions – get stronger by the separated ’windows’ through which the lenticular picture segments are visible. The resulting illusion is like that we see giant virtual spaces across a fence; by moving in front of the pictures, openings of the fence show animated stereoscopic fragments of the artificial three dimensional world behind.

The arrangement of the vertical gaps form patterns of Fibonacci numbers, while the circular images unveil a (fake) bird’s eye view of the artificial space. Vividness of color gamut is the result of the lenticular optics mounted on the prints, depicting the illumination of the exhibition room; bright dissolvement of the stereoscopic animations give unusual shining effect of the pictures as the viewer moves in front of them.