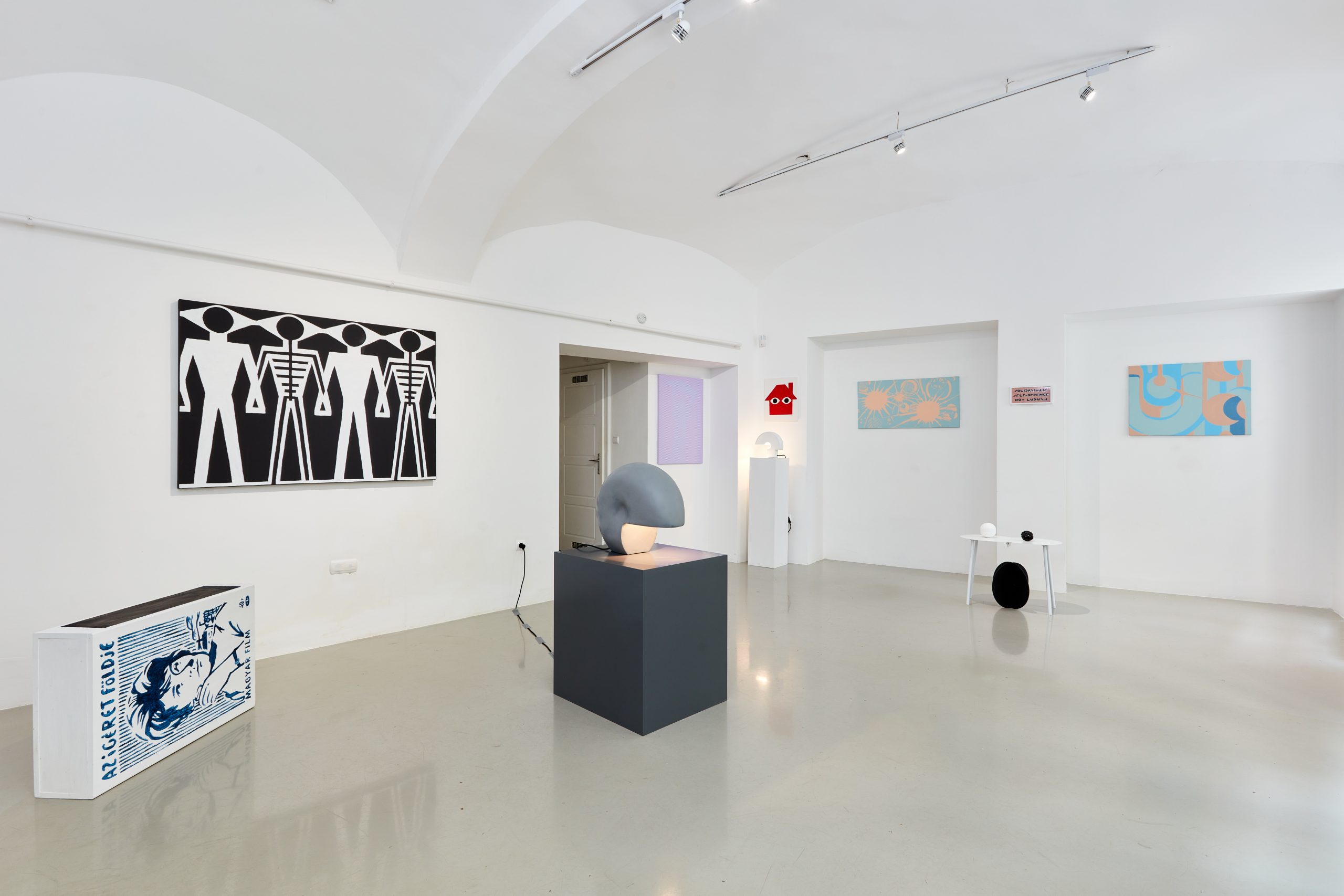 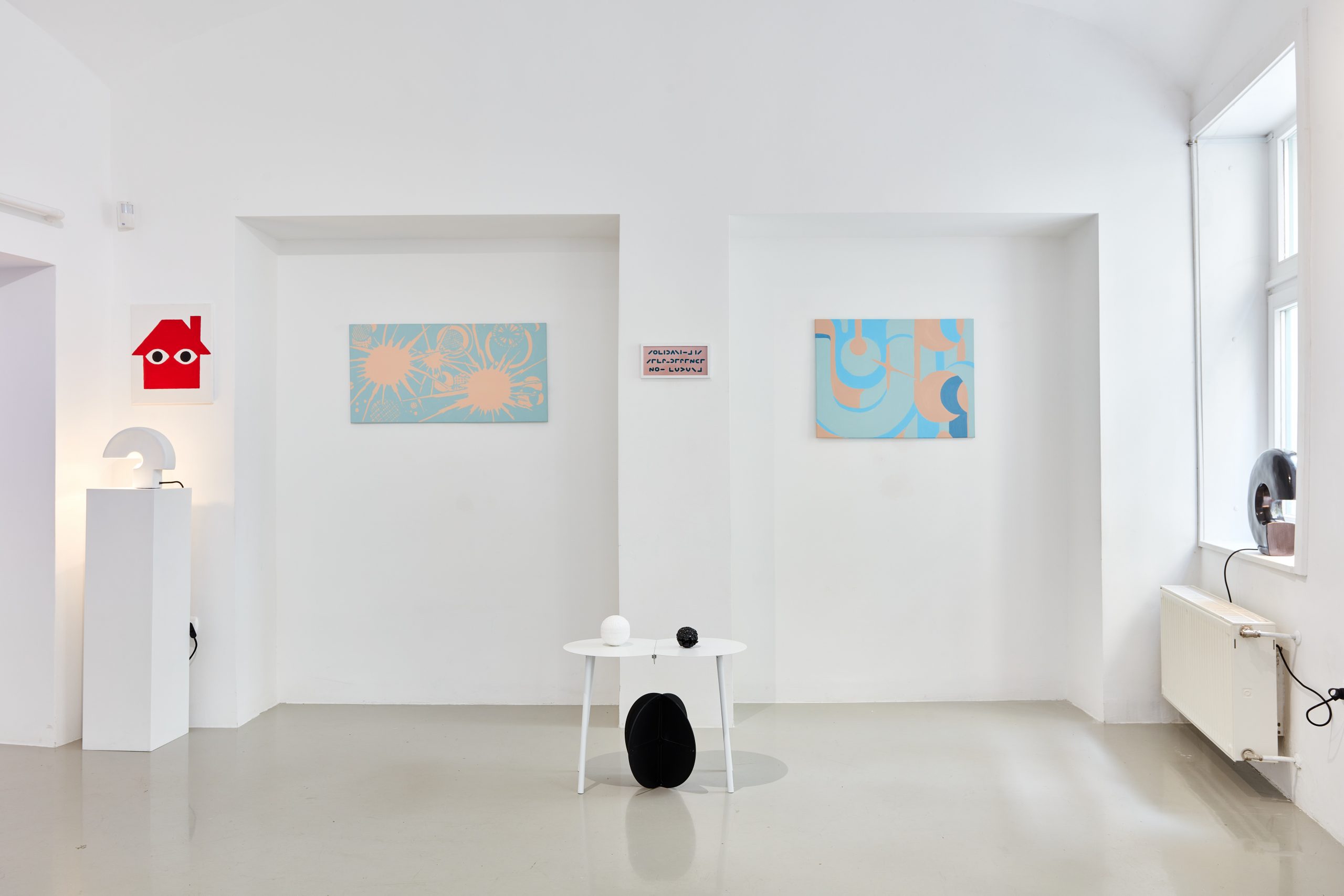 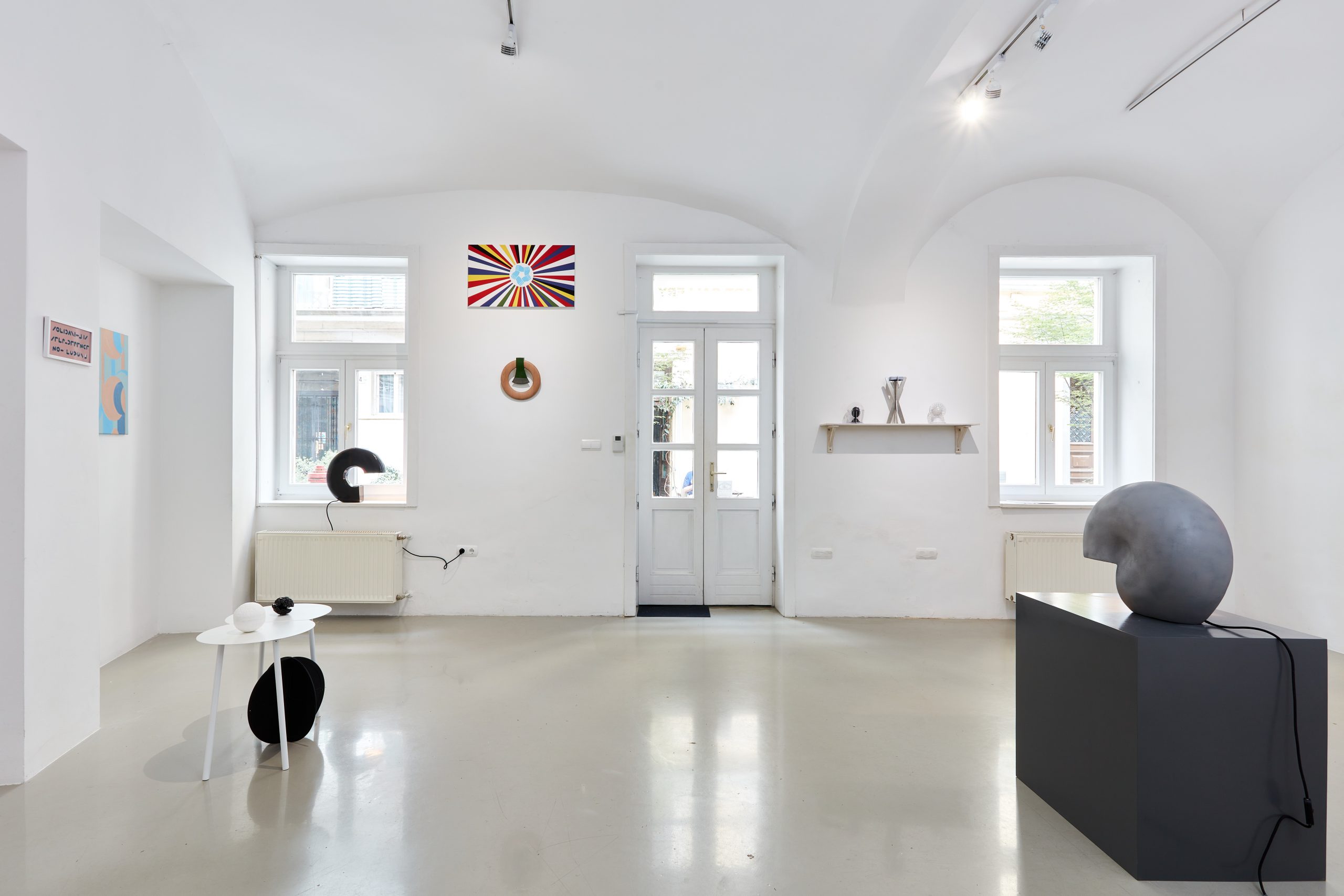 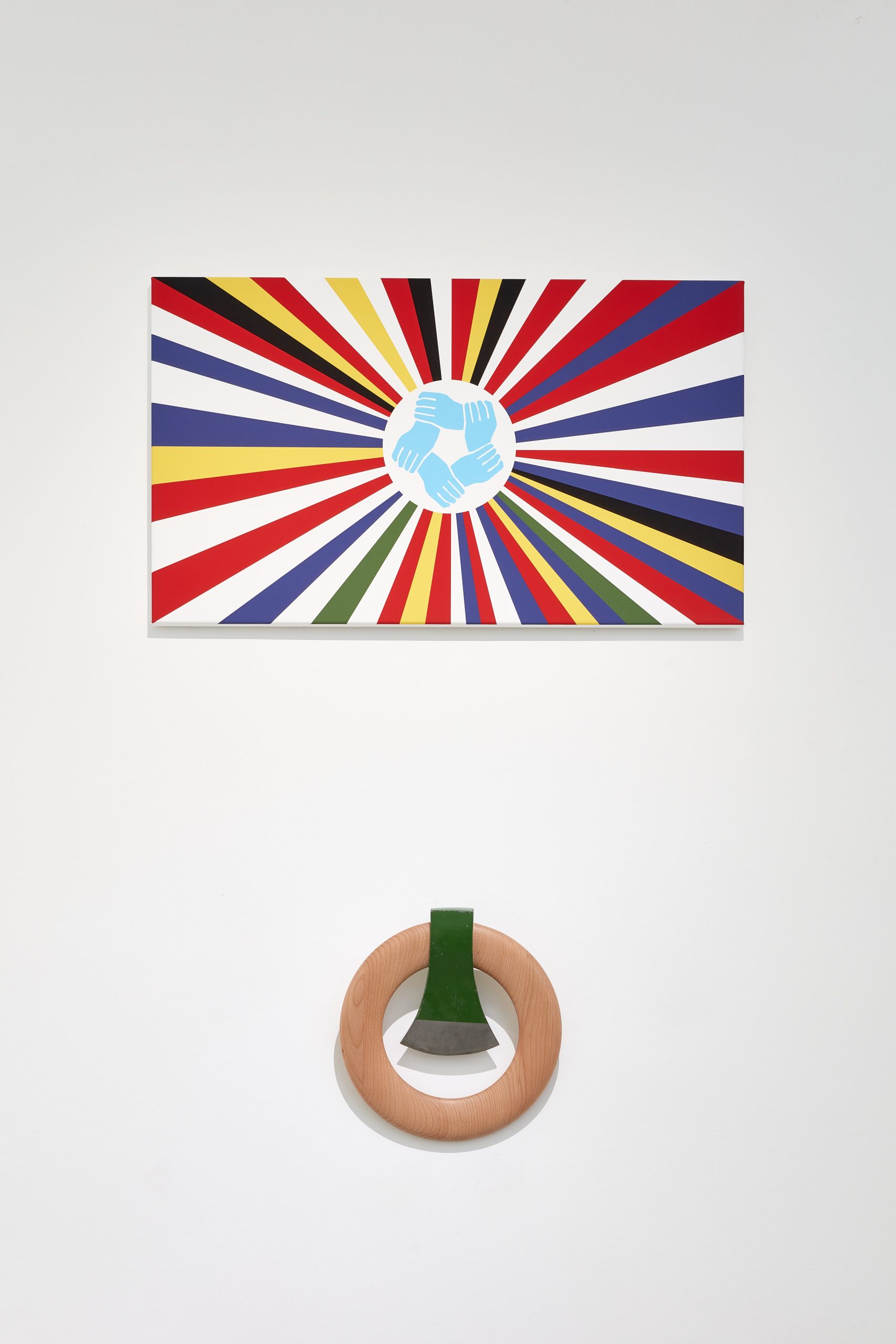 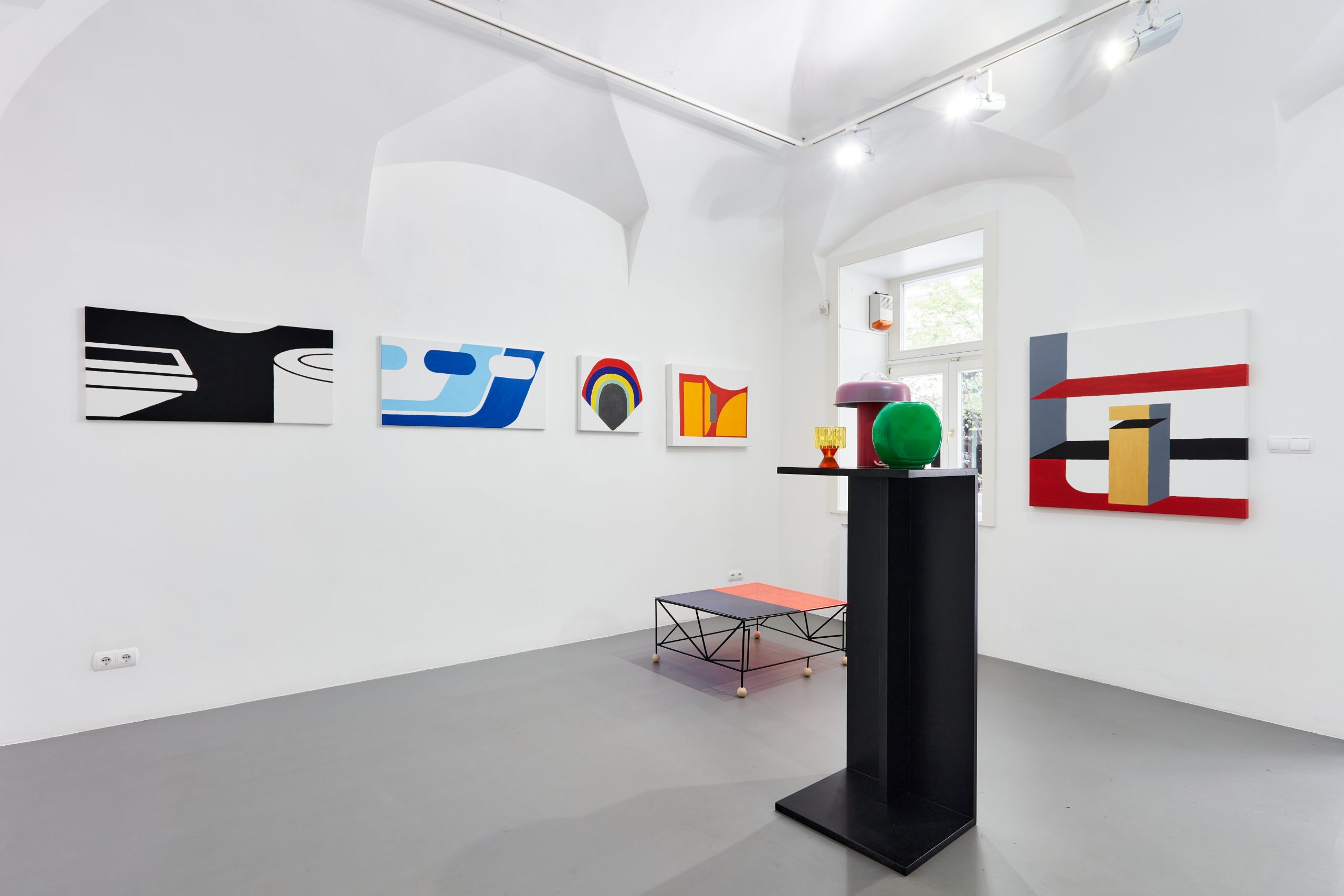 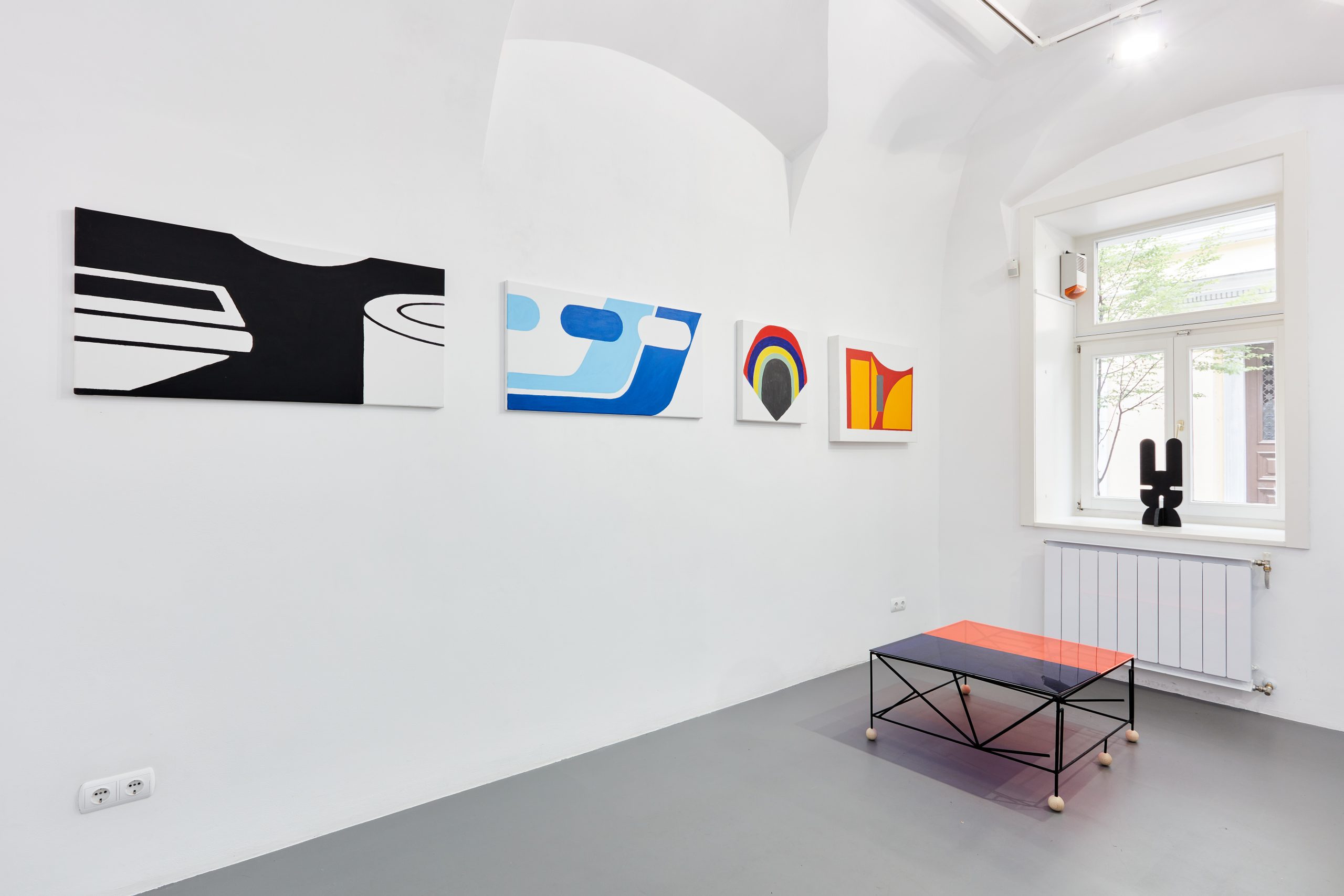 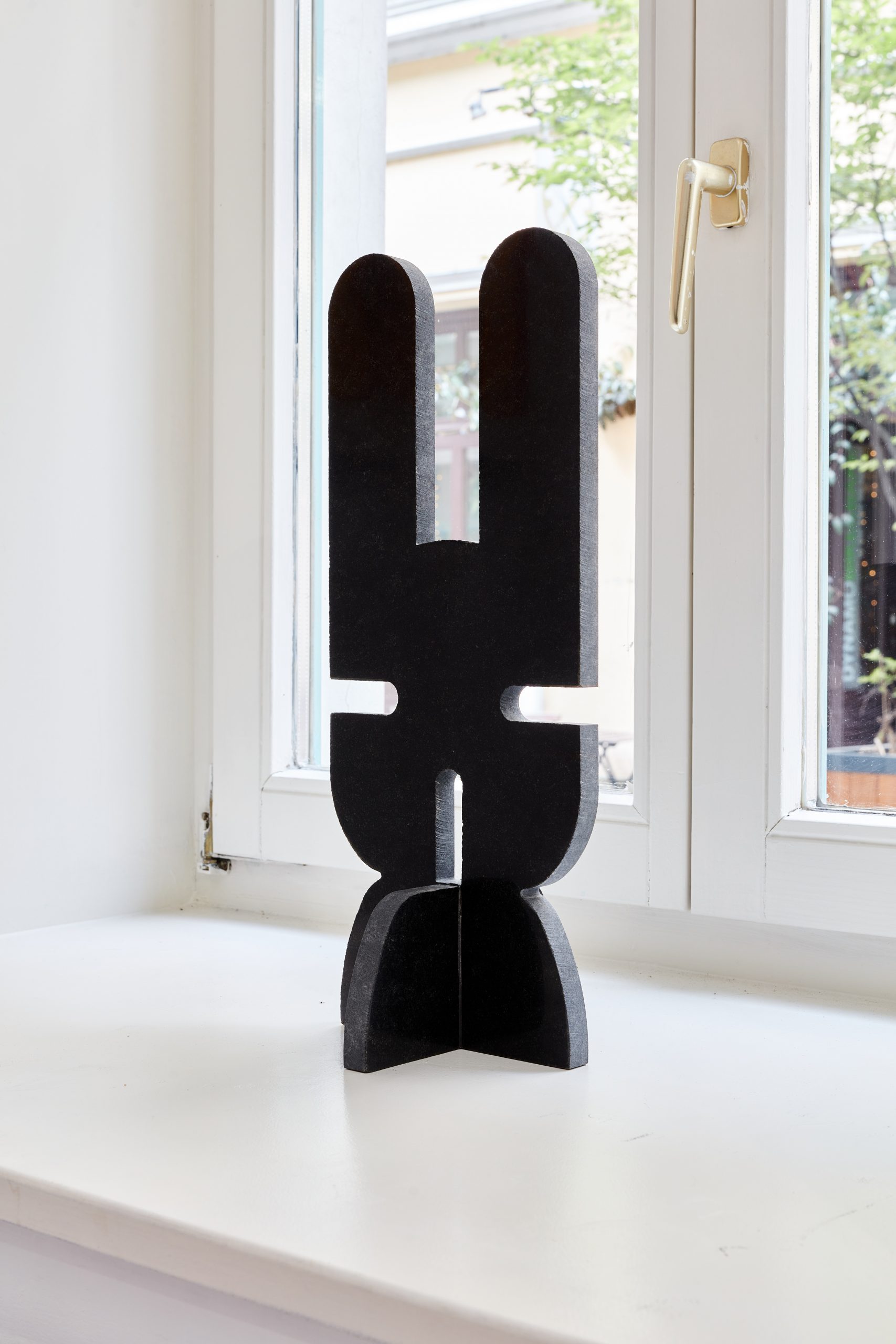 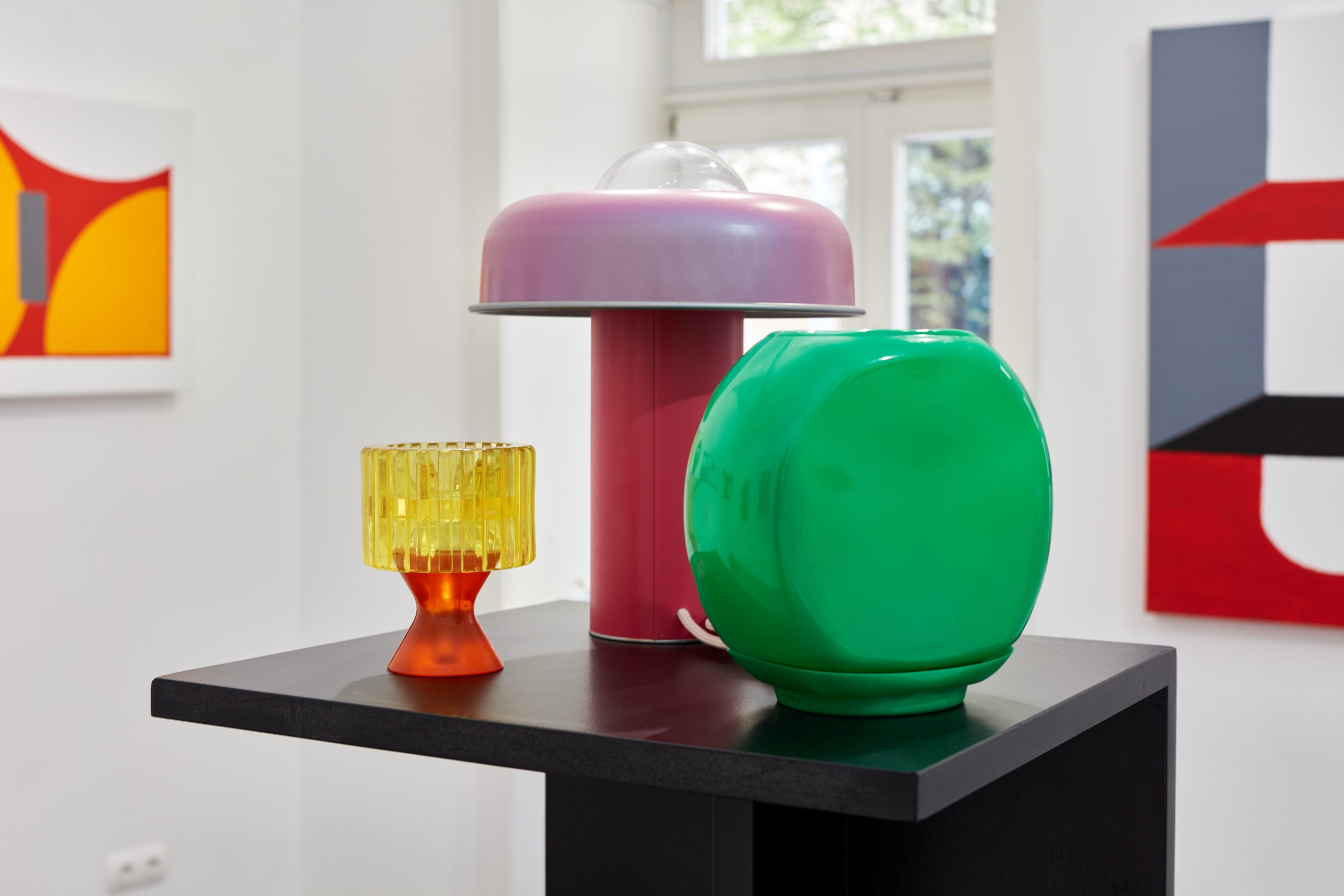 Through his new exhibition, János Fodor once again invites us into the private interiors of his artistic practice. The colorful and at first seemingly chaotic selection of works is in fact a visual dialogue between pieces grouped around similar themes. The majority of the exhibited works were inspired by the lockdown period and the quarantined state and their themes are centered around safety, protection, private space, and the objects of our homes. According to the artist, at the time of confinement and isolation, the significance of objects surrounding us increases, and our relationship with our private space becomes more emphatic.

It is a typical feature of Fodor’s artistic practice that his works are based on stories of interaction between object culture and industrial production. His pseudo-design objects which in a technical sense are rather assembled ready-mades evoke characteristics of product design and manufacturing technologies, while his paintings borrow motifs from iconic (luxury) items and transform these into conceptual artworks – the exact opposite of the usual practice in which design draws from art and uses its set of tools. A lot of the exhibited works carry references to pop art and the optimistic, loud, standardizing, and geometric (hard edge, color-field) visual world of the 1960s and 70s. Fodor knowingly evokes this era when connections between art and consumer culture developed and when discourses about the future were still dominated by a positive approach and the promise of a utopia. Although Fodor uses these references with a great amount of irony and his works formulate criticism of our present, the exhibition succeeds in removing us from the turmoil of the past few years with its vivacity and humor.