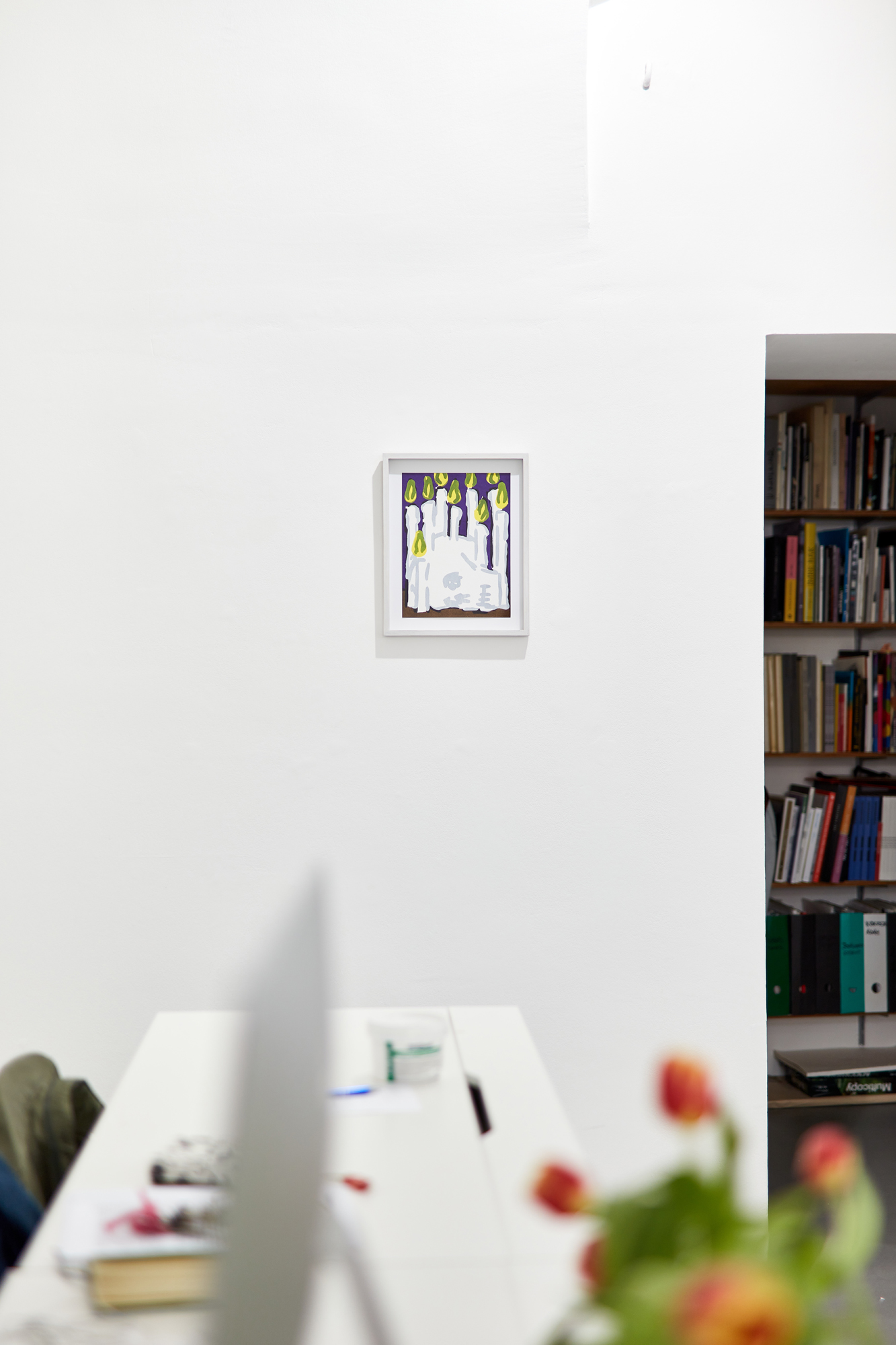 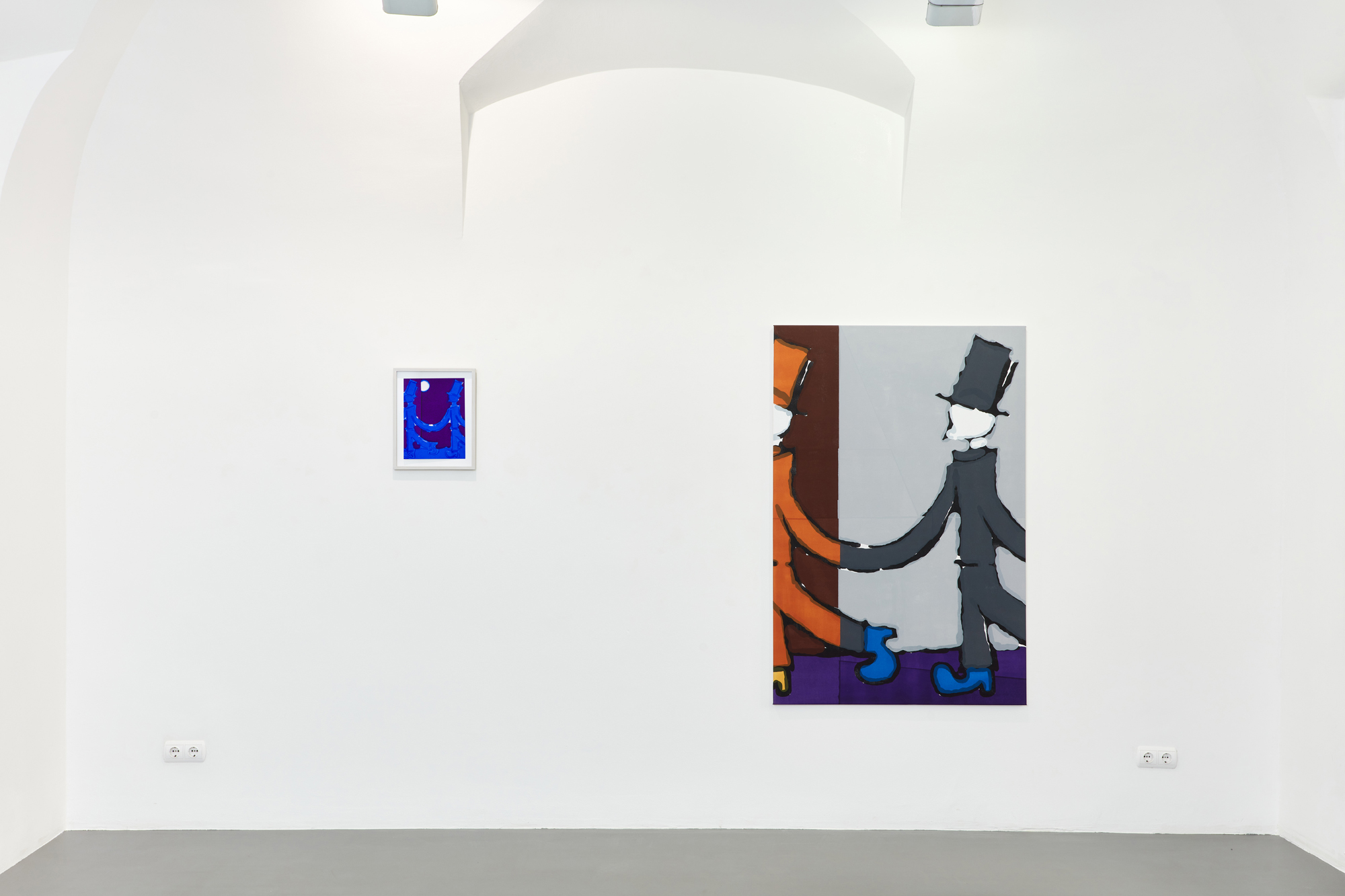 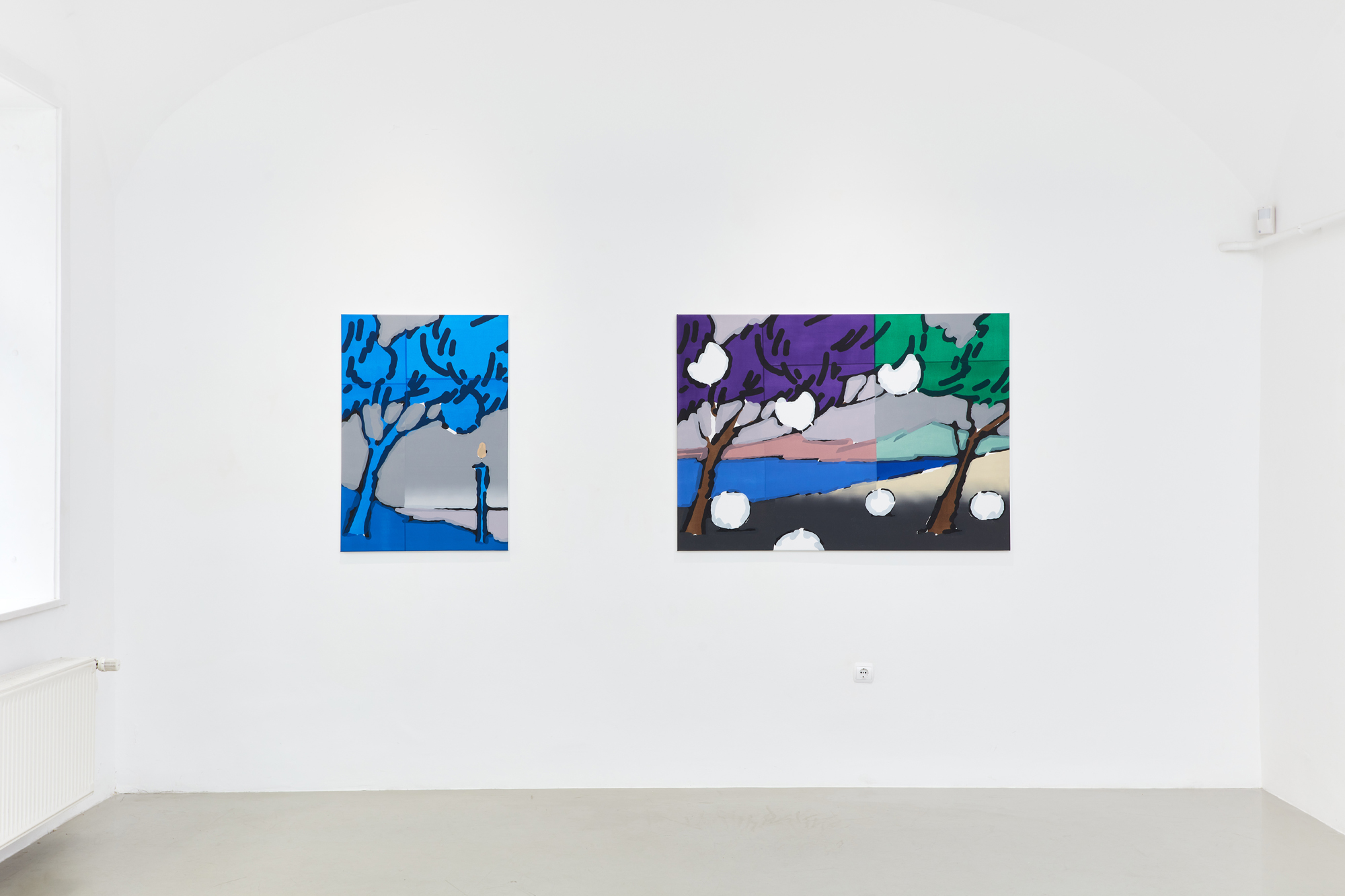 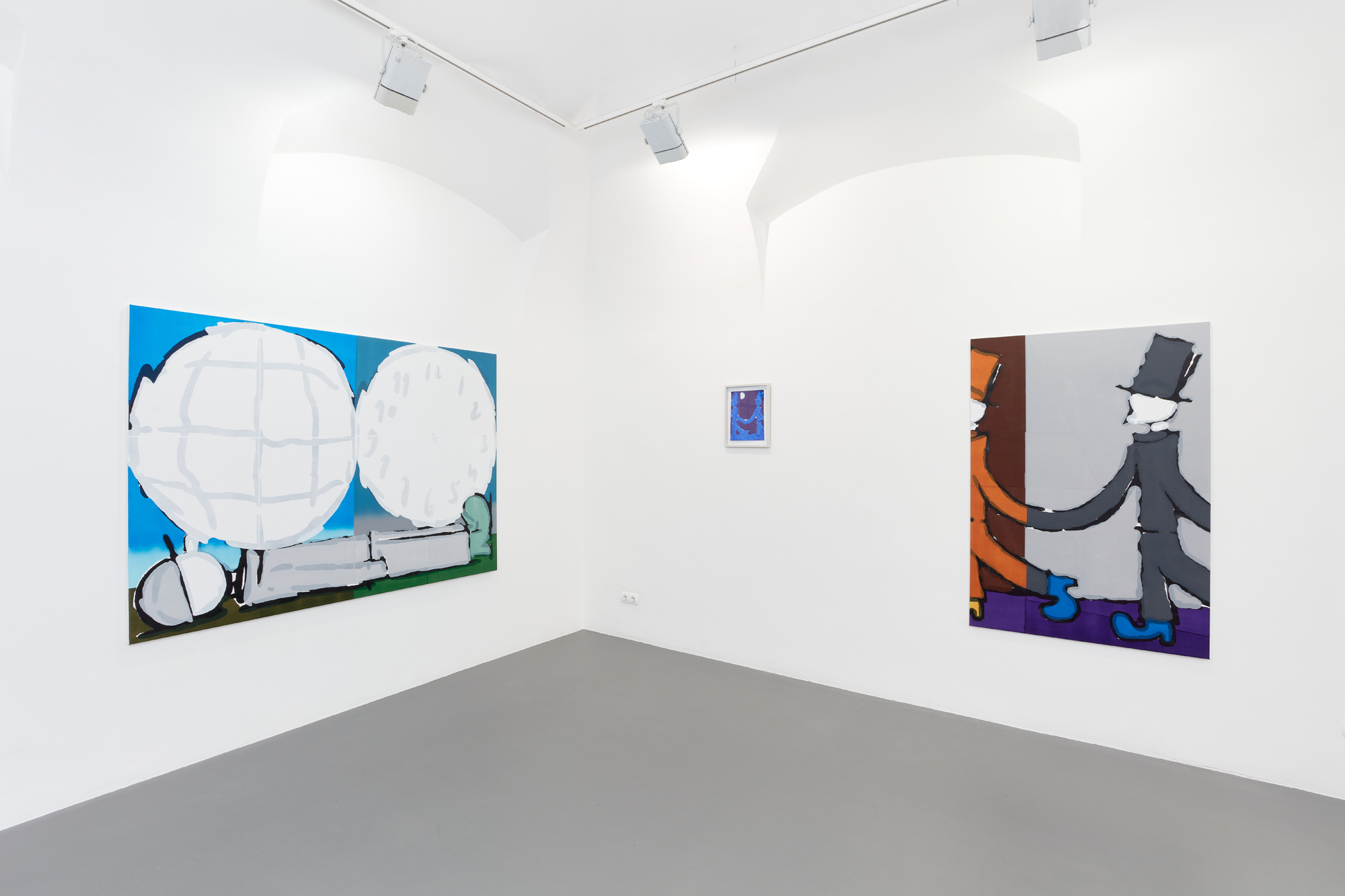 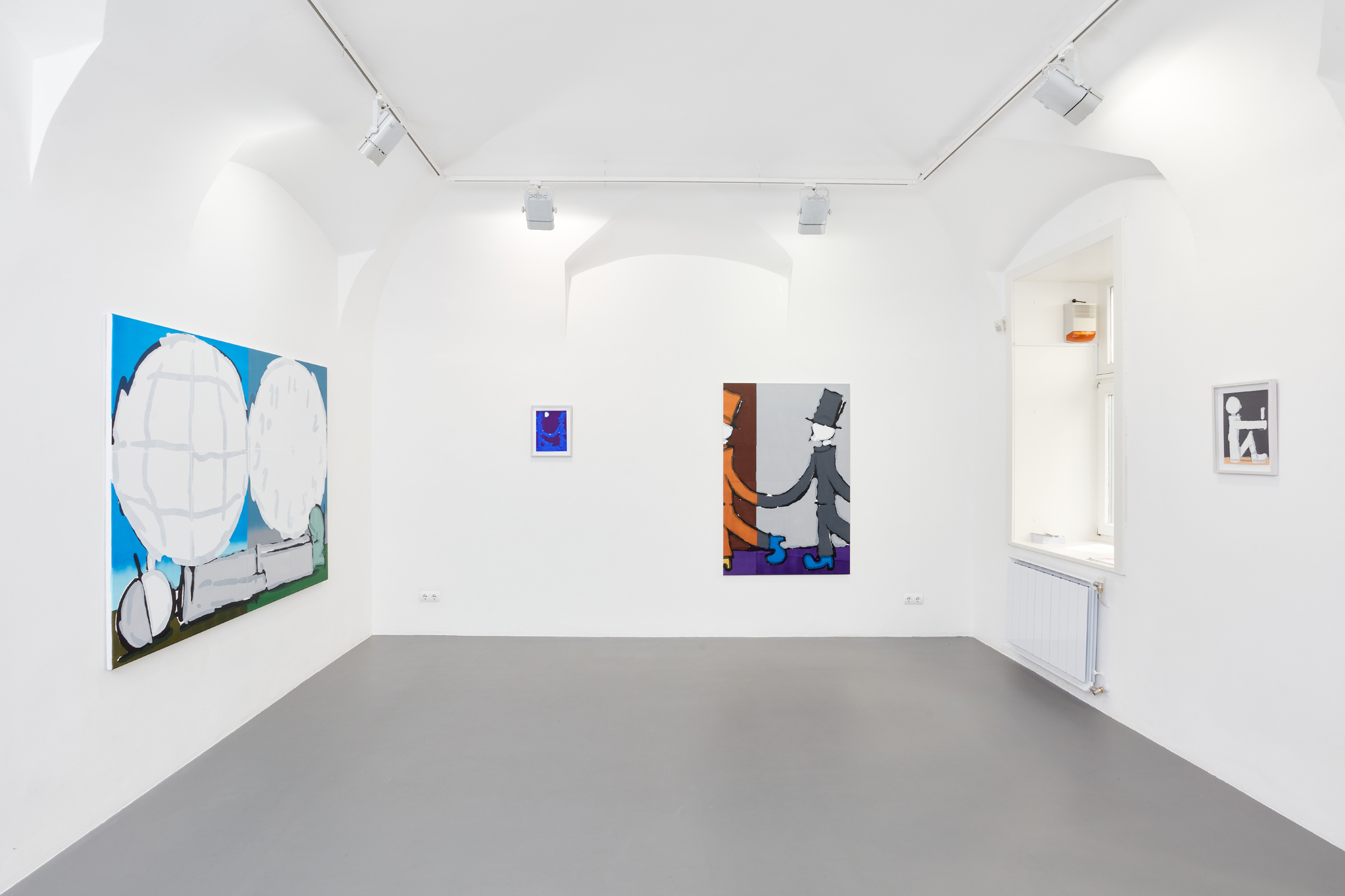 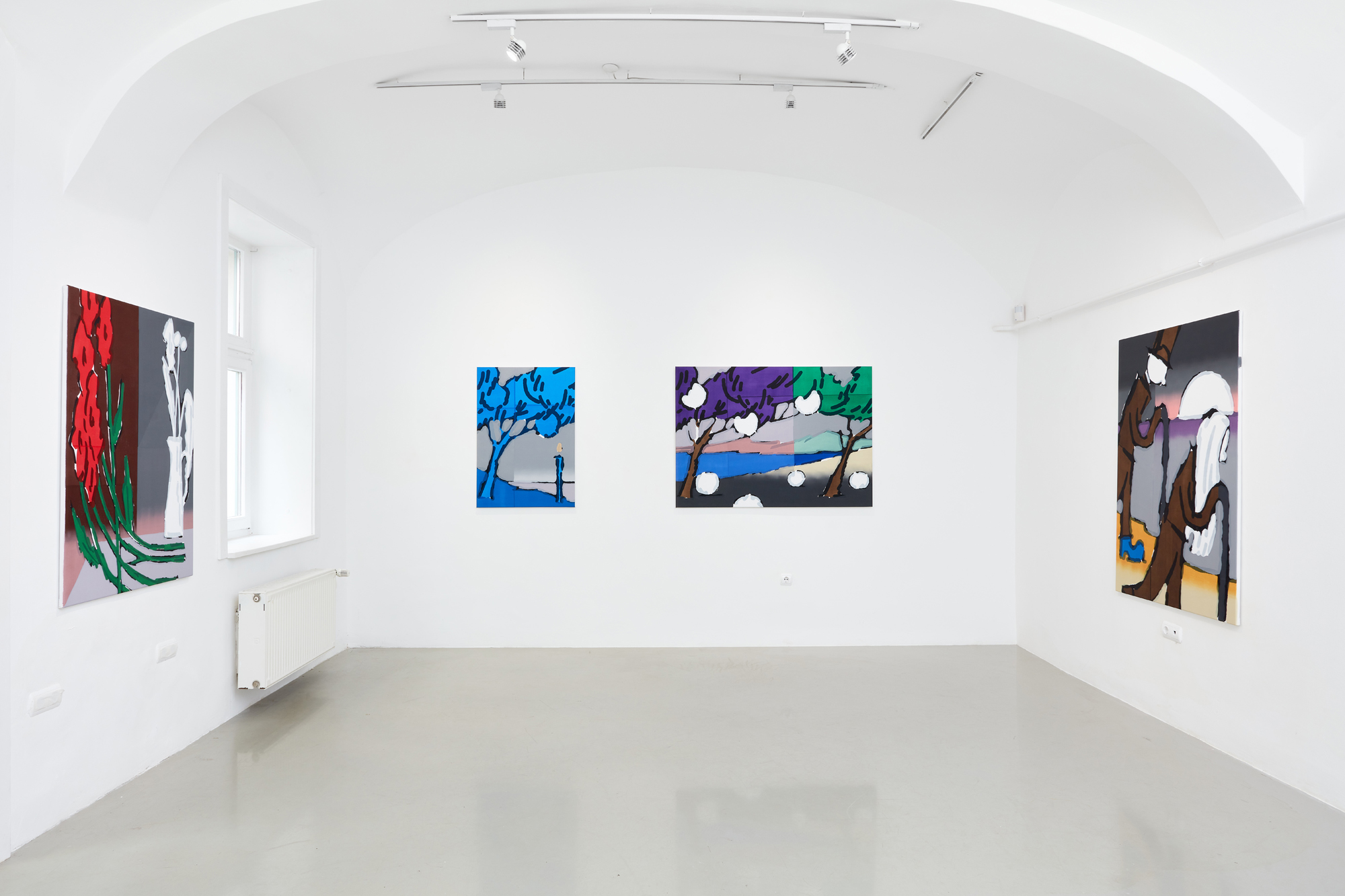 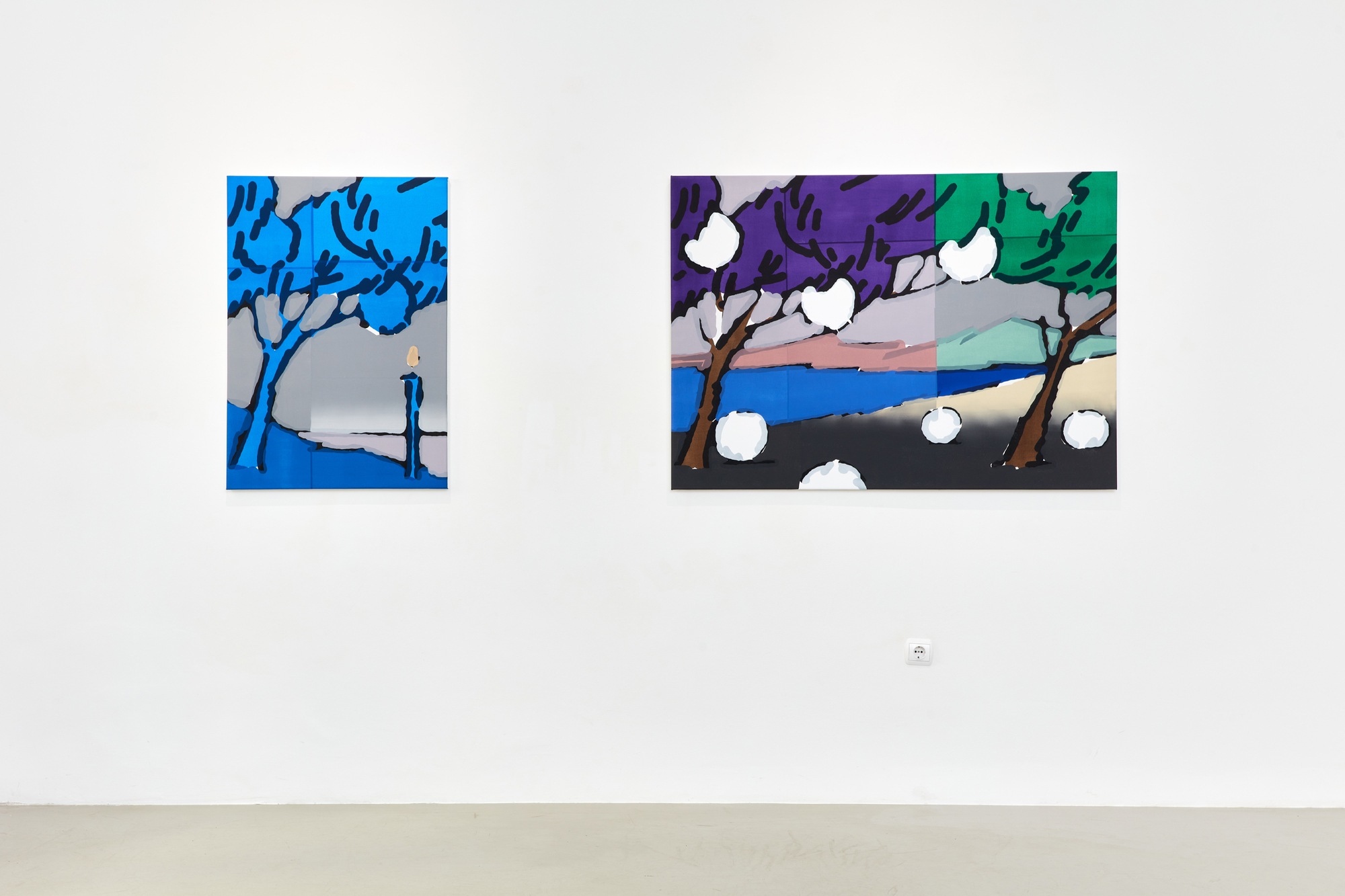 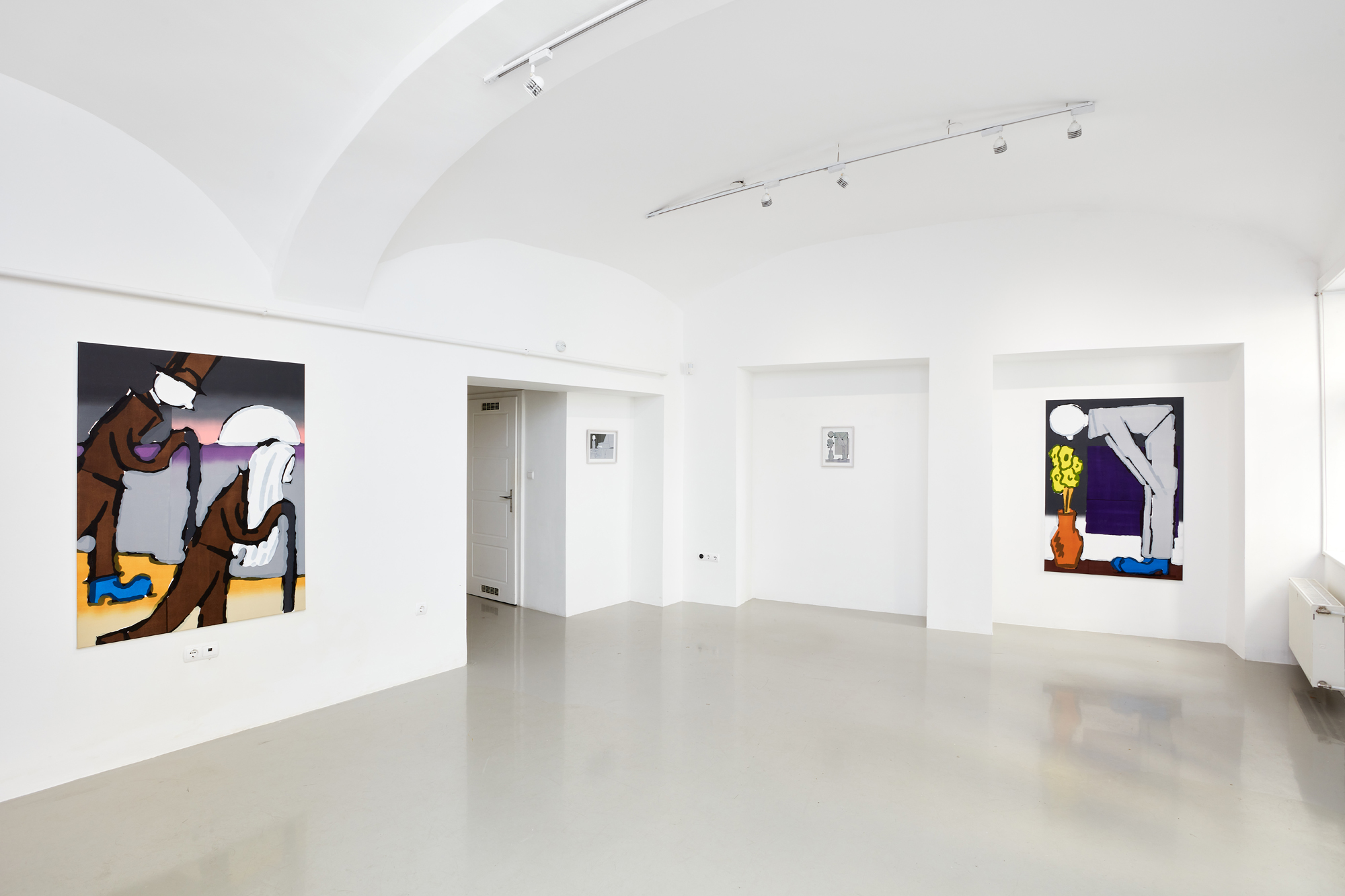 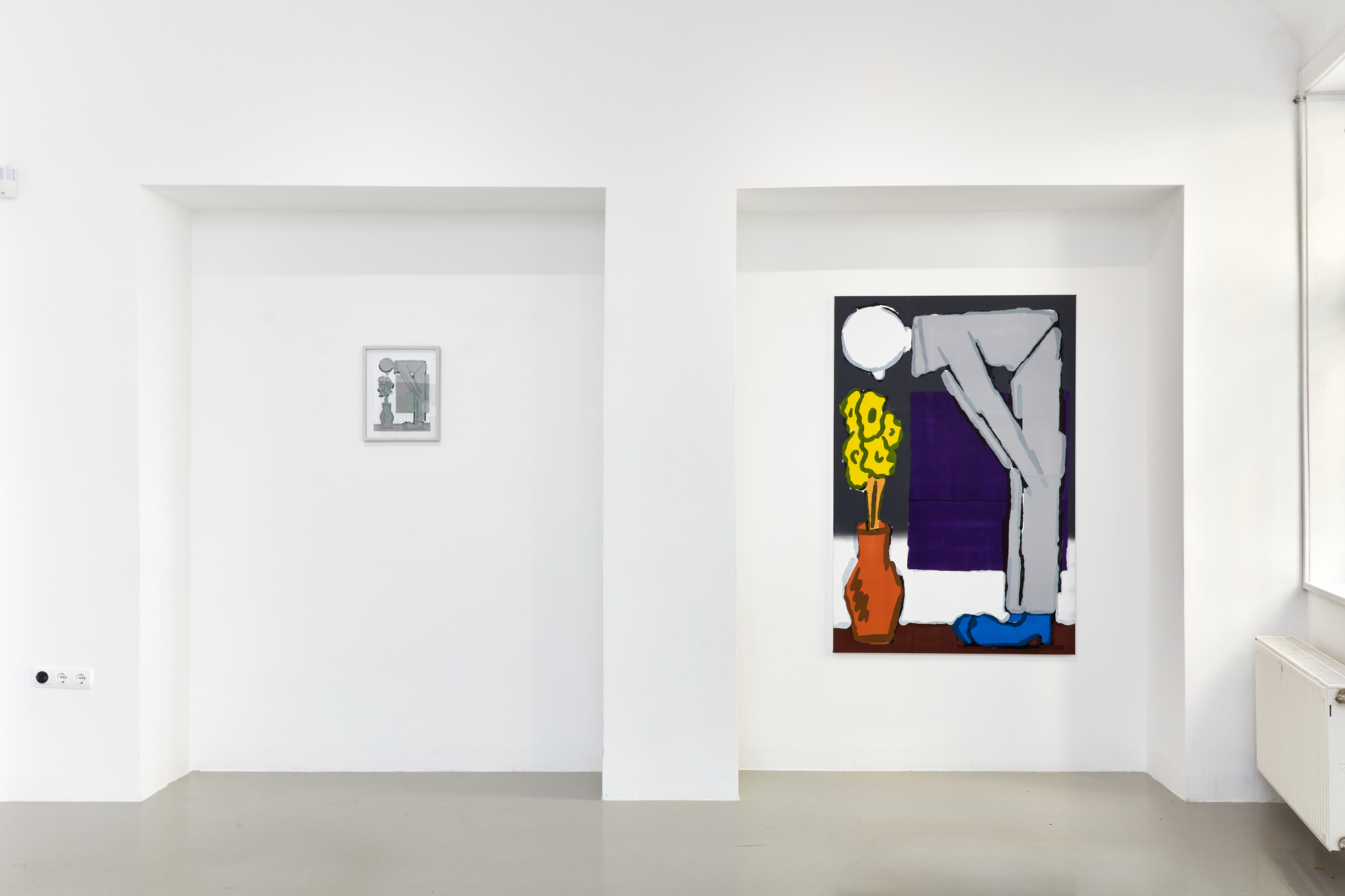 A one-way day trip unravels easily in the vivid and colorful, remote and unruly visions of Gergő Szinyova’s paintings, along a path that could be described as almost dangerous and reckless only if undertaken with the fixed intention of a planned return at the outset.

The impossibility of a way back comes from the gentle and relaxing energy of the artworks themselves, which favour a kind of hypnosis characterized by a decidedly cadenced aesthetic rhythm. In turn, the aforementioned path seems to have an inscription at its start: otium (idleness in English).

Etymologically, the word otium means “I am fine” and, unlike the general sense of the word today bearing a mildly negative connotation, in ancient times, idleness signified everything outside the boundaries of public activity. Otium meant taking care of oneself and one’s wisdom, a pleasant stage that could be achieved through contemplation and study. The Roman poet Horace defined this practice or modus vivendi as the only way leading to happiness.

On the basis of these precepts, it can certainly be asserted that the unique scenarios created by Gergő Szinyova, suspended in metaphysical environments made of abstract and indefinitely descriptive, symbolic and sometimes narrative forms do not, however, have the sole intention of extolling happiness, as the path undertaken is not only golden, it is rather the path of life, breathed and savored in its porosity, charactarized by a broad aptitude and being always open to knowledge, learning and listening, which in turn whisper the movement of the pictorial gesture, spelling out both shapes and colors. Time seems to be untangled or extremely condensed because it is coagulated among the elements that unfold on the paintings and, in this process, time disappears; and human existence, captured in its most poetic and hidden depths as well as in its most ordinary features, finds its point of maximum celebration.

In a recent interview, Szinyova compared his technique to a simple “card trick” and probably there is not a more appropriate way to define such a creative process, consisting of multiple layers, in which the unfolding of forms on liminal perspective planes makes the magic of everyday life unfold harmoniously in an idyllic way.