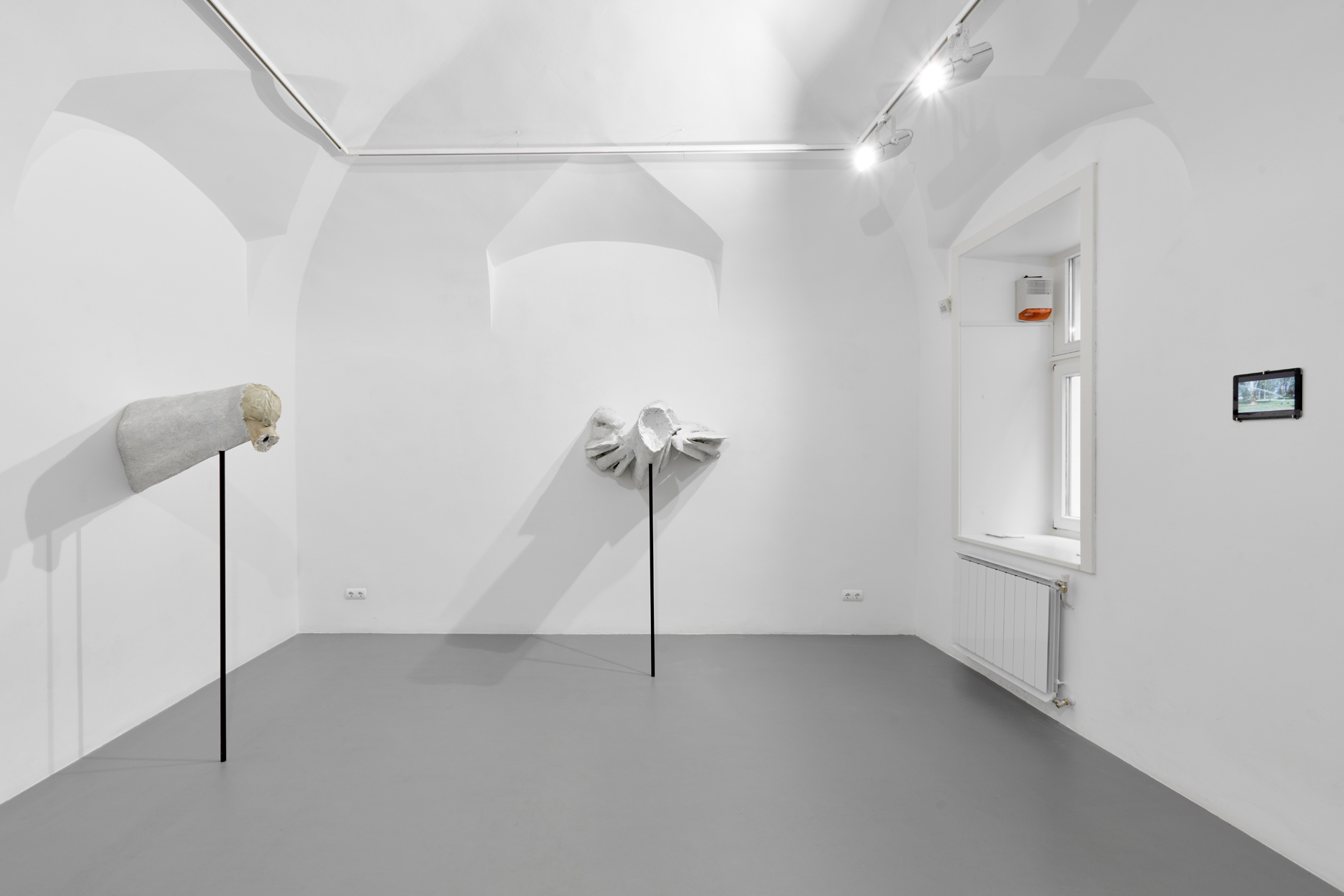 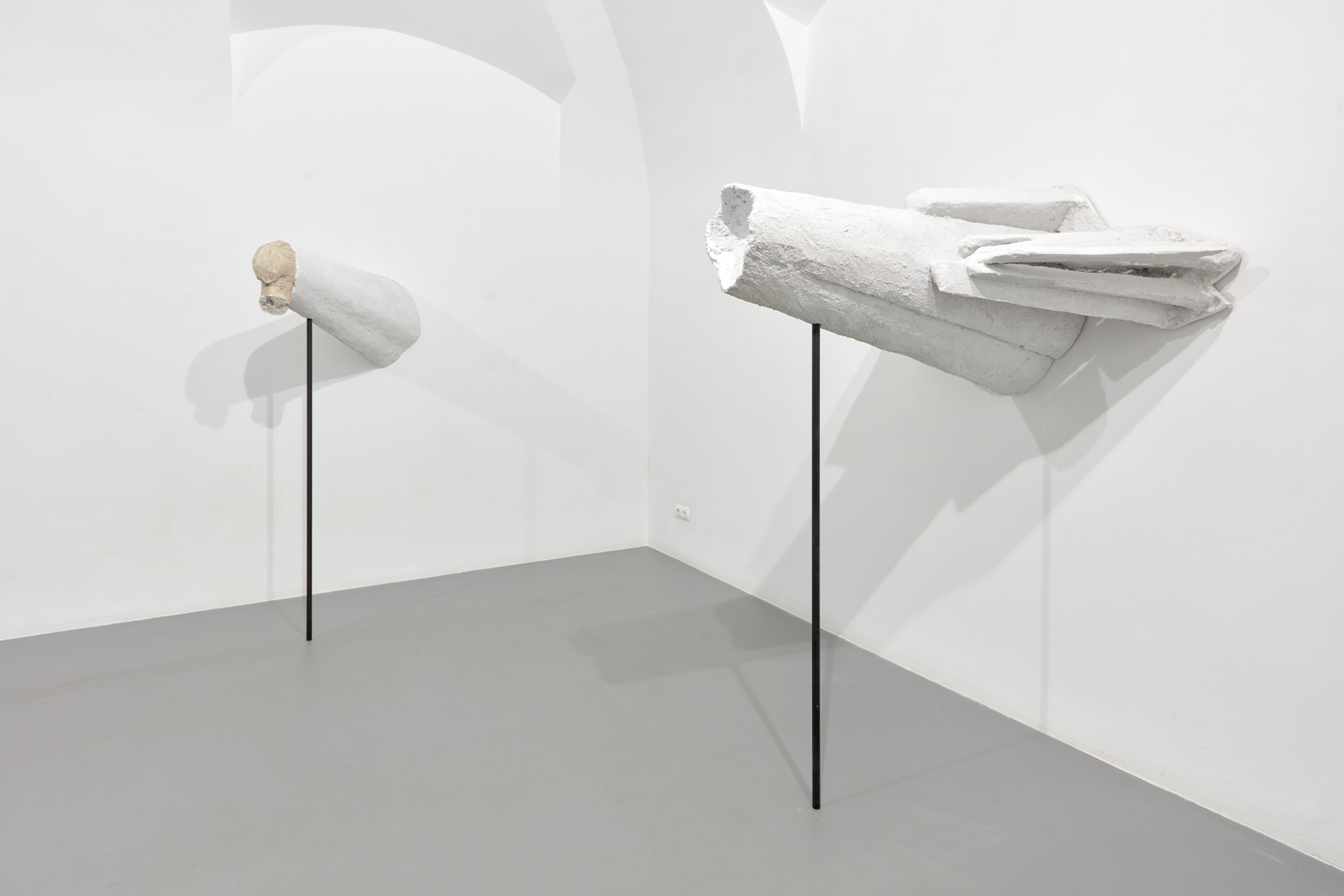 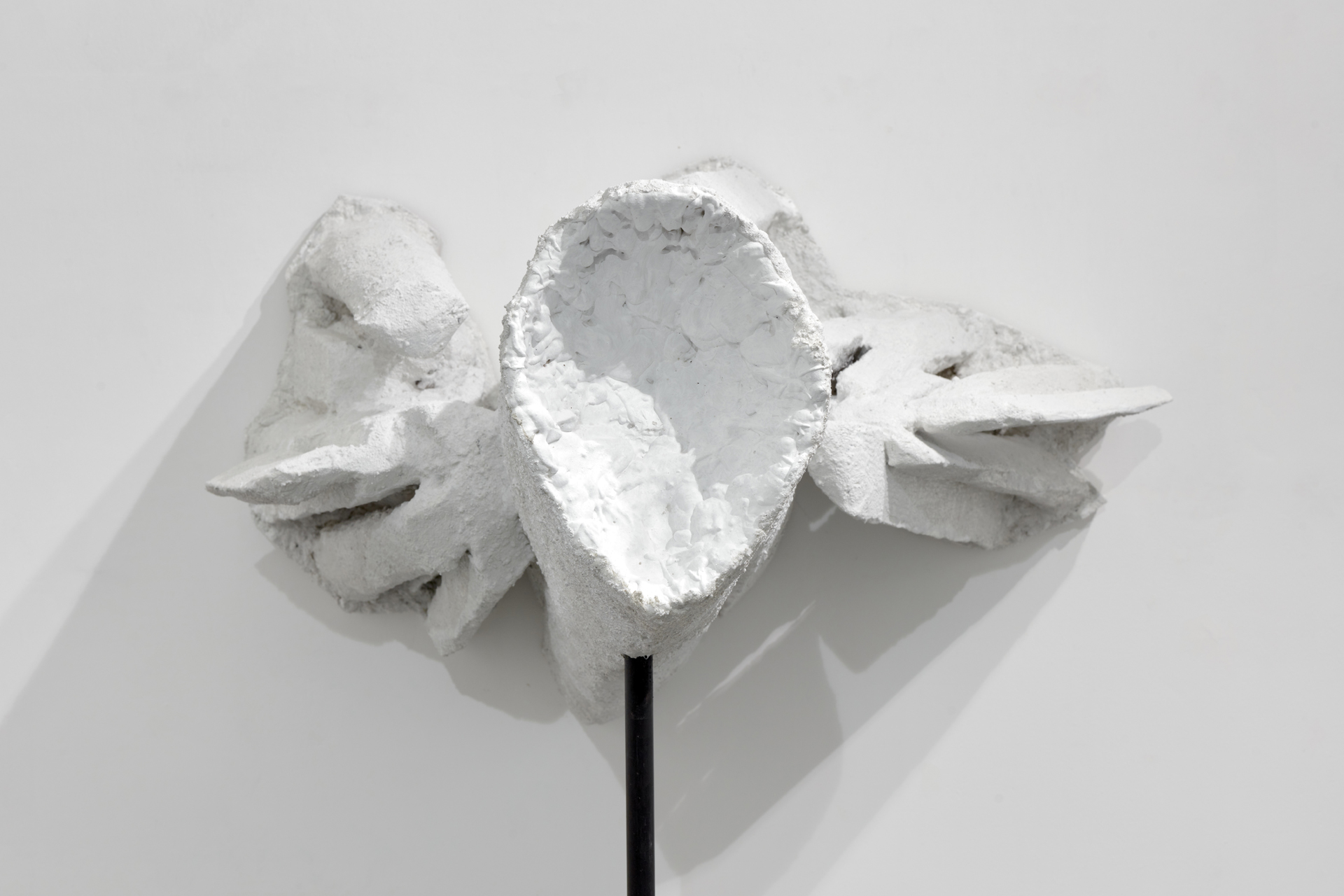 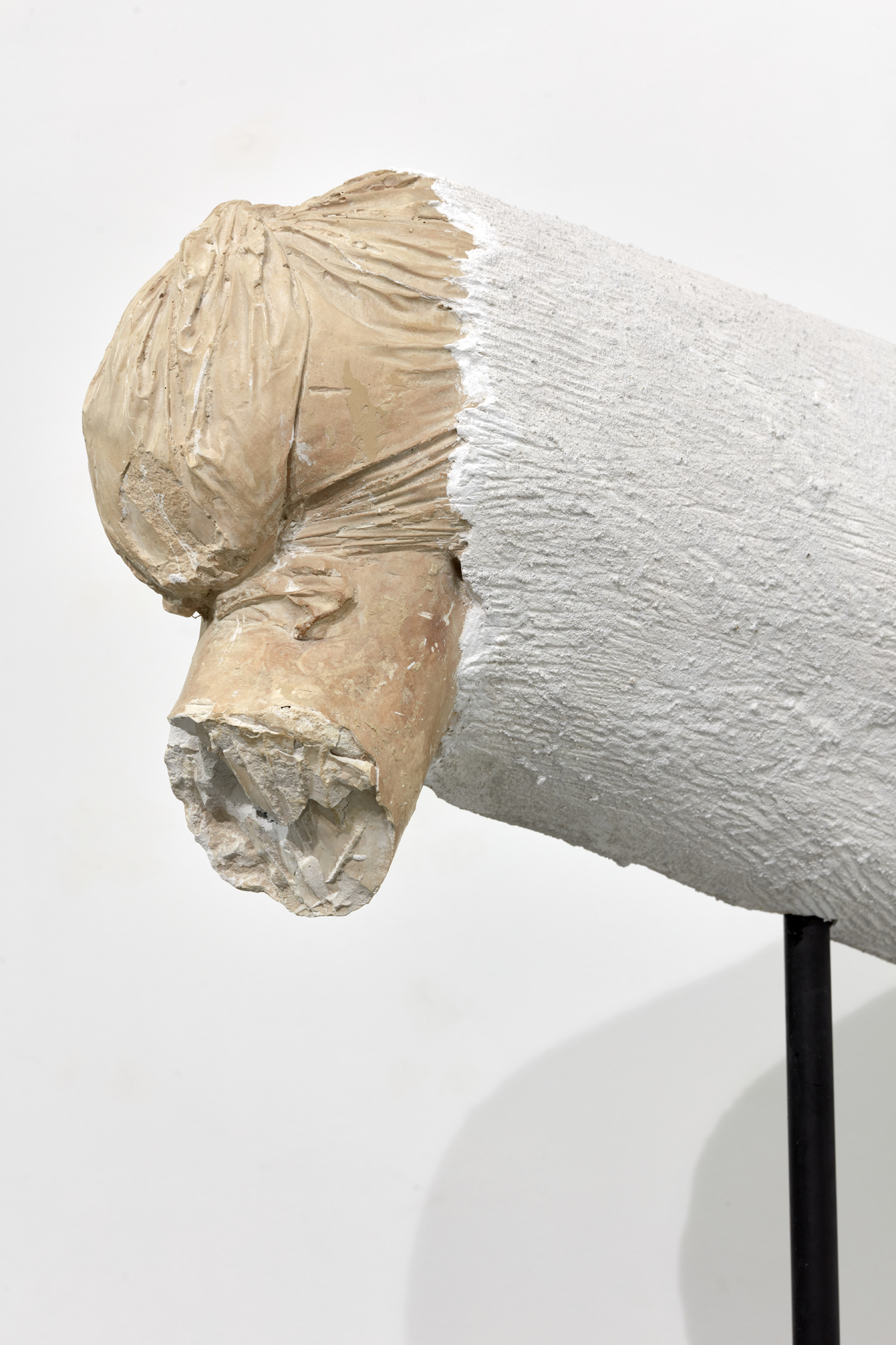 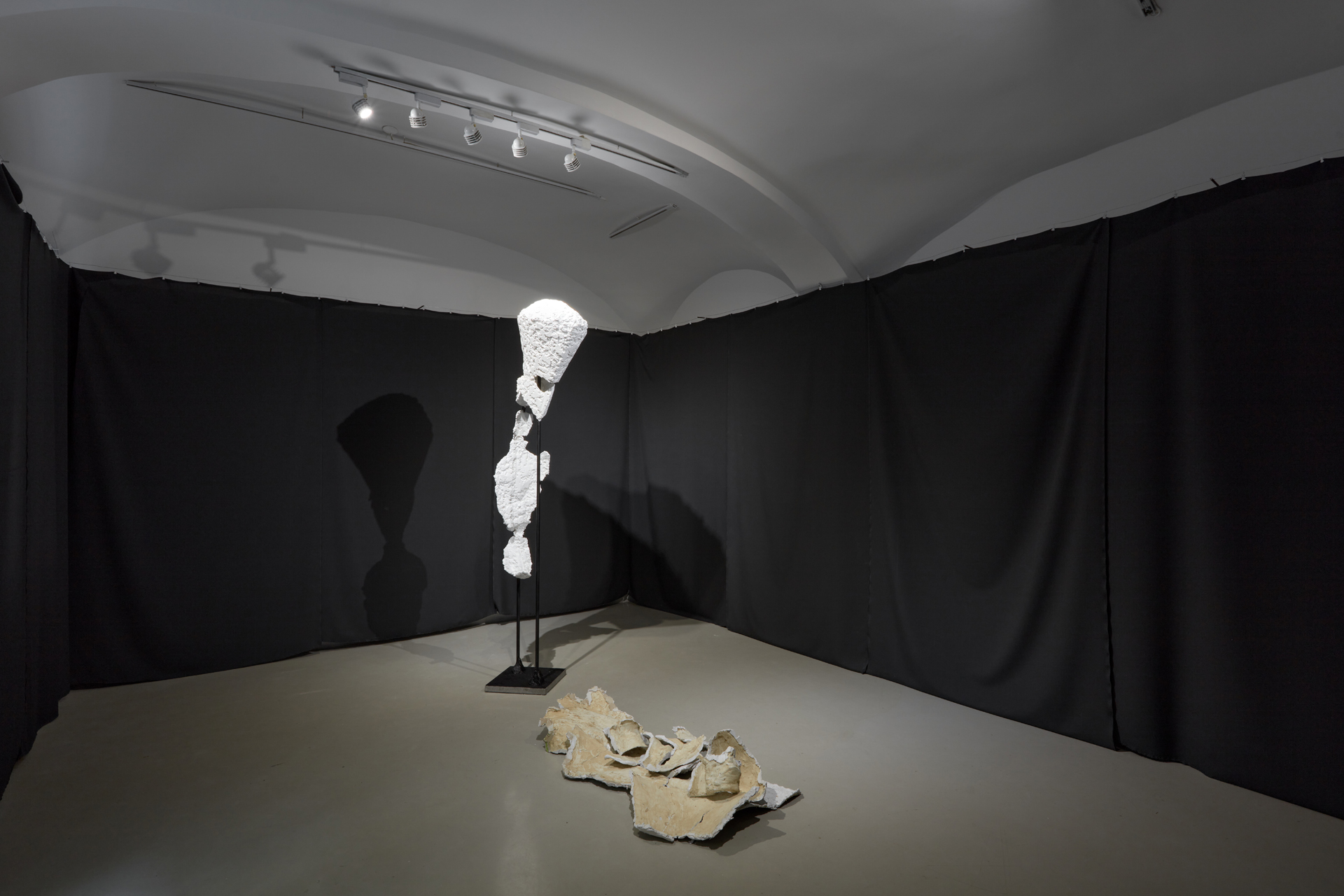 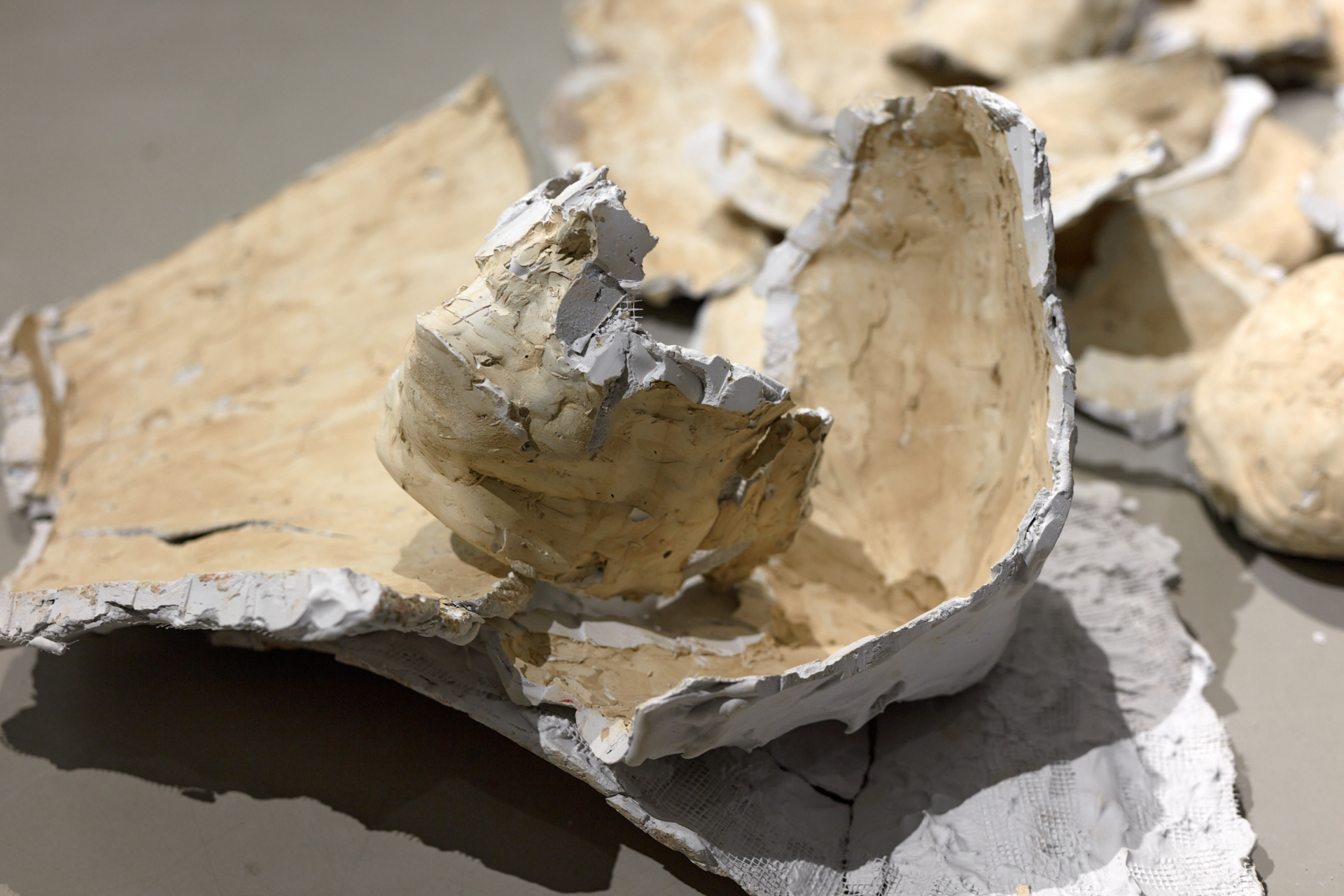 Rückenkopf, by Mátyás Fusz opened in Kisterem on 25 October. The spectacular exhibition is not only Fusz’s first solo exhibition as an artist represented by Kisterem but can also be interpreted as the pinnacle of a concept that has occupied him for a long time.

From the beginning of his career, the young sculptor has been interested in the philosophy of observation, the “gaze”. His works, created with traditional sculptural processes, but ultimately extremely conceptual, are characterized by an analytical and methodological approach, in which playful curiosity is mixed with the thoroughness of a researcher.

For the creation of his latest spatial sculptures, which were presented for the first time at the 2020 exhibition Birds Applaud When They Take Off, held at Paks Picture Gallery, he investigated the relationship between the point of view, physical space and spatial perception. In the case of his sculptures, instead of “what do we see?”, the emphasized question is “what can’t we see?”.

Mátyás Fusz casts into physical form the perspectival shadows and dead spaces obscured by human bodies and body parts, invisible from one point of view, thereby solidifying them into timelessness, making a momentary position visible for the viewer.

This exciting train of thought is developed further in the exhibition on display at Kisterem, which starts from the application of a much more personal point of view compared to Fusz’s previous works. The title of the exhibition, Rückenkopf, refers to the German art historical term Rückenfigur, which by definition means the compositional principle of depicting the subject of a picture with its back to the viewer.

This compositional tool, favored by the German romantics, paradoxically promotes identification with the viewpoint of the work’s subject in such a way that the viewer cannot see its face. In the two spaces of the exhibition, Fusz presents different iterations of the concept through three sculptures: the one titled Rückenkopf is an illustration of the foundations of the theory; in the case of Two Sets of Perception, two different perspectives become one; while the Dead Space Shield shows the blind spots of the artist’s own gaze, the hidden spaces blocked from his view by his body.

We recommend the exhibition with the words of Zsófia Frazon, museologist and ethnographer:

“Imagine the universe without reflection. A world in which we do not have the opportunity to look into our own eyes, to form an image of ourselves. And imagine this universe without images in which we can be seen. Only those that live in other people’s minds – about us. However, other people’s heads are a place we cannot enter in reality. But we can make an attempt at it in our imagination.”