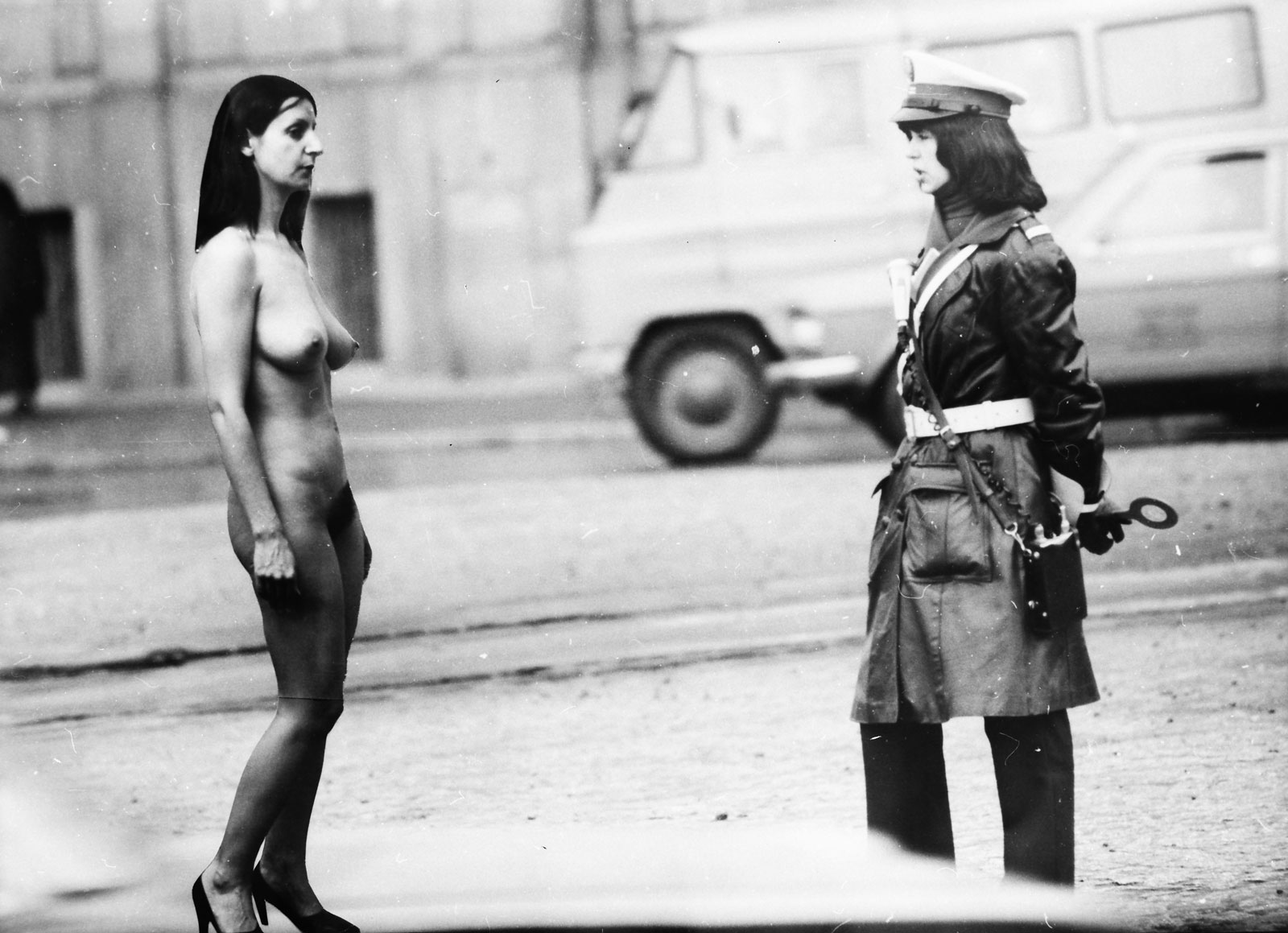 On weekdays, the socialist man works, unwinds, and relaxes—as labor movement slogans tell us. During weekends, they relax a bit more. On holidays, they are happy, albeit know that the grand objective still demands lots of work; yet they are delighted to be part of the collective construction of Socialism. During the week, they go to work and deal with mundane issues; they stand in queues just as proudly as they march in parades, fully aware of the purpose of their work. They use public spaces according to their intended function; on the streets they commute, they sit on benches instead of sprawling on the asphalt, they drink beer (with limits) where beer is sold, and most importantly, they avoid scandals. Everything follows the script—in theory. Also working in this ideal city setting—behind which Socialism’s construction slowly decomposes—are artists. It is this very behind-the-scene reality that they point out. They do not avoid scandals, as scandals refer to the truth, and the truth is scandalous.

For artists forced out of official art institutions, public art actions are a necessity as well as an opportunity; a means in the cultural and political void to reach the public sphere and to voice the freedom of thought and the autonomy of art. The point of intervening with the cityscape, obstructing the daily routine with an unusual gesture or a performance, turning the everyday into a holiday with public events and happenings, is to make passersby contemplate political or entirely commonplace matters. These actions and the official celebrations by the Socialist leadership contrast sharply; the formers give ironic and mocking reactions to the marches organized in honor of a leader or to celebrate labor, by appropriating and reinterpreting the methods of the propaganda, thus criticizing the ideology behind it. Also, the public space is a playground; an ideal field for artistic experiments and theoretical self-evaluations. The neo-avant-garde art of the 1960s and the 1970s broadened the possibilities of artistic expression radically. Artists considered traditional approaches unfit for capturing the reality behind the language and the daily life defined by the Socialist dictatorship. Through public art actions, they addressed social norms in a critical way, also extending this reflective thinking to life in general.

Through the positions of artists from the region, the exhibition introduces examples of the directions and the possibilities of neo-avant-garde public art. Documentations of the reactions to official marches, like urban interventions, performances, and spontaneous social and artistic events, are put on display in venues within walking distance of each other; the exhibition also includes action photos and urban minimal actions that were more modest, nearly invisible, owing to political austerity.

The exhibition is a coproduction of the Kisterem Gallery, Trapéz Gallery, Vintage Gallery and the OFF-Biennale Association.