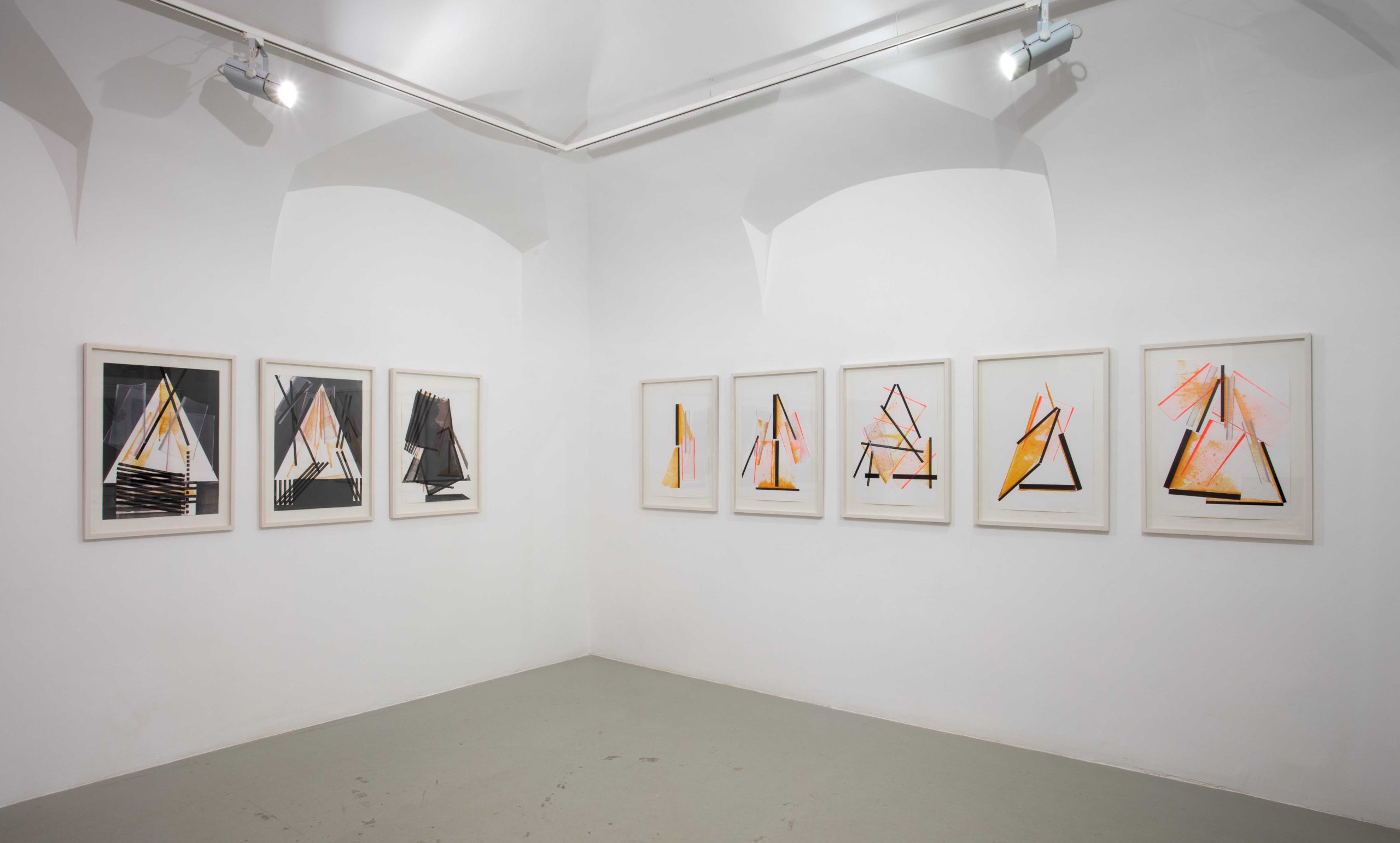 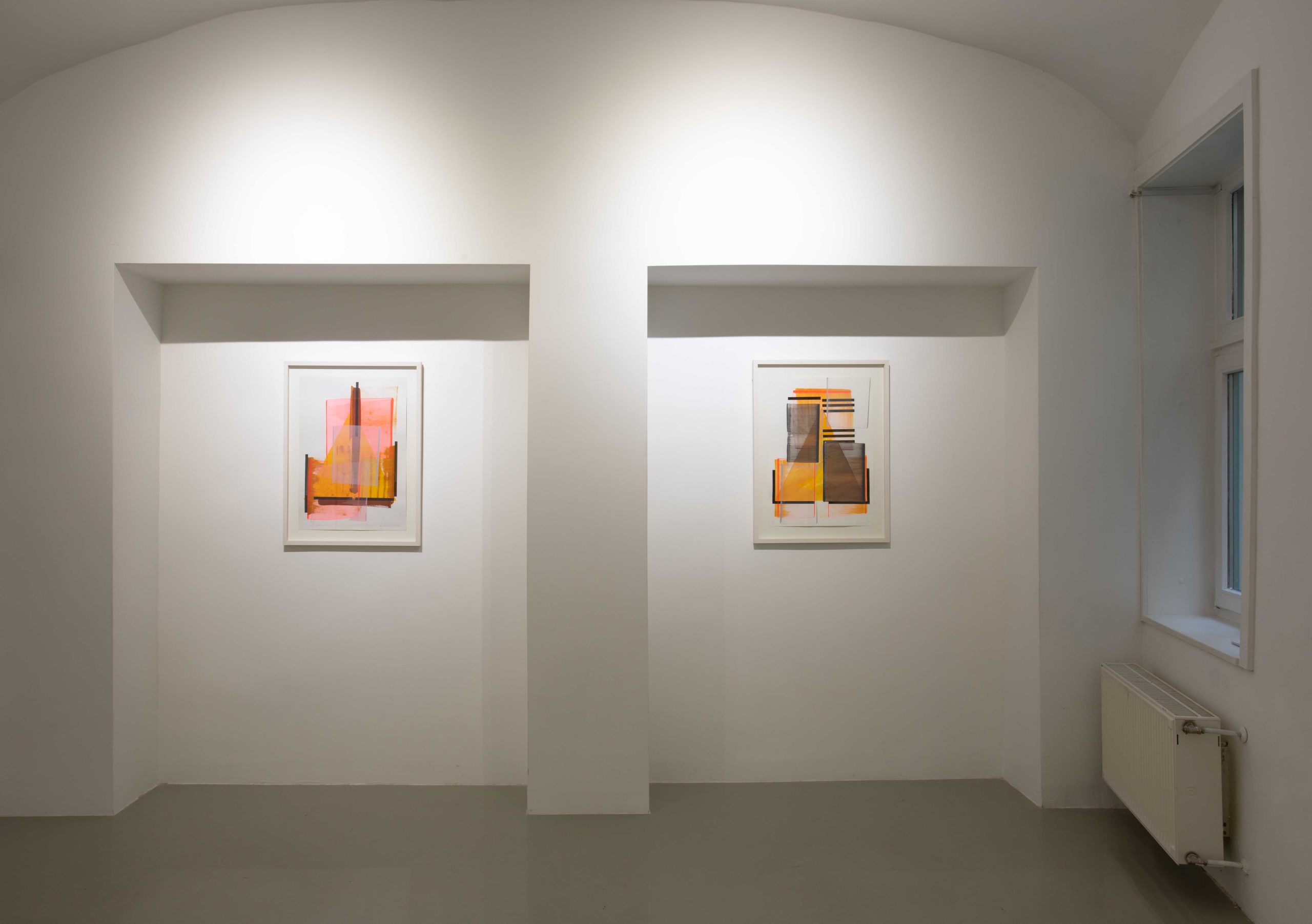 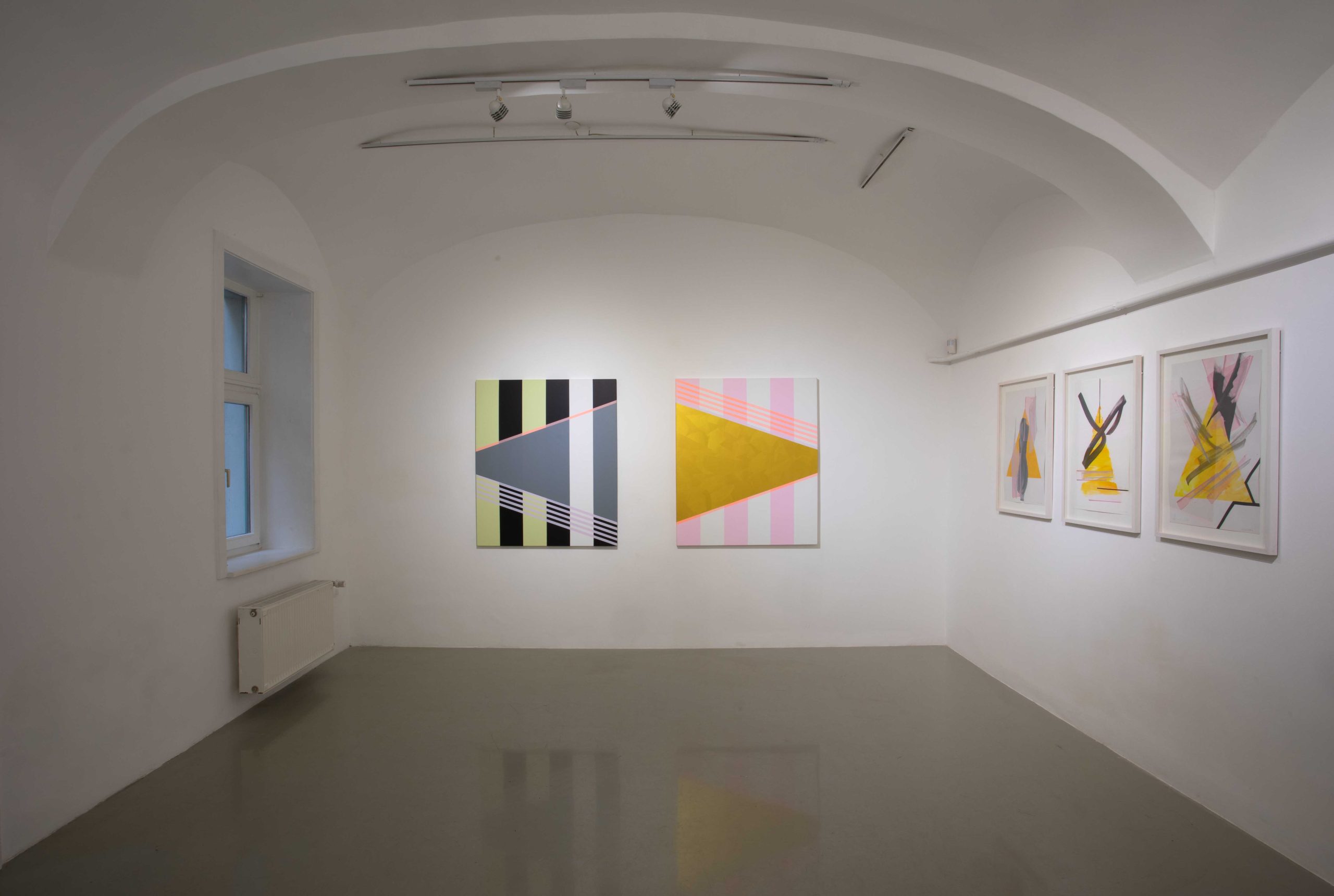 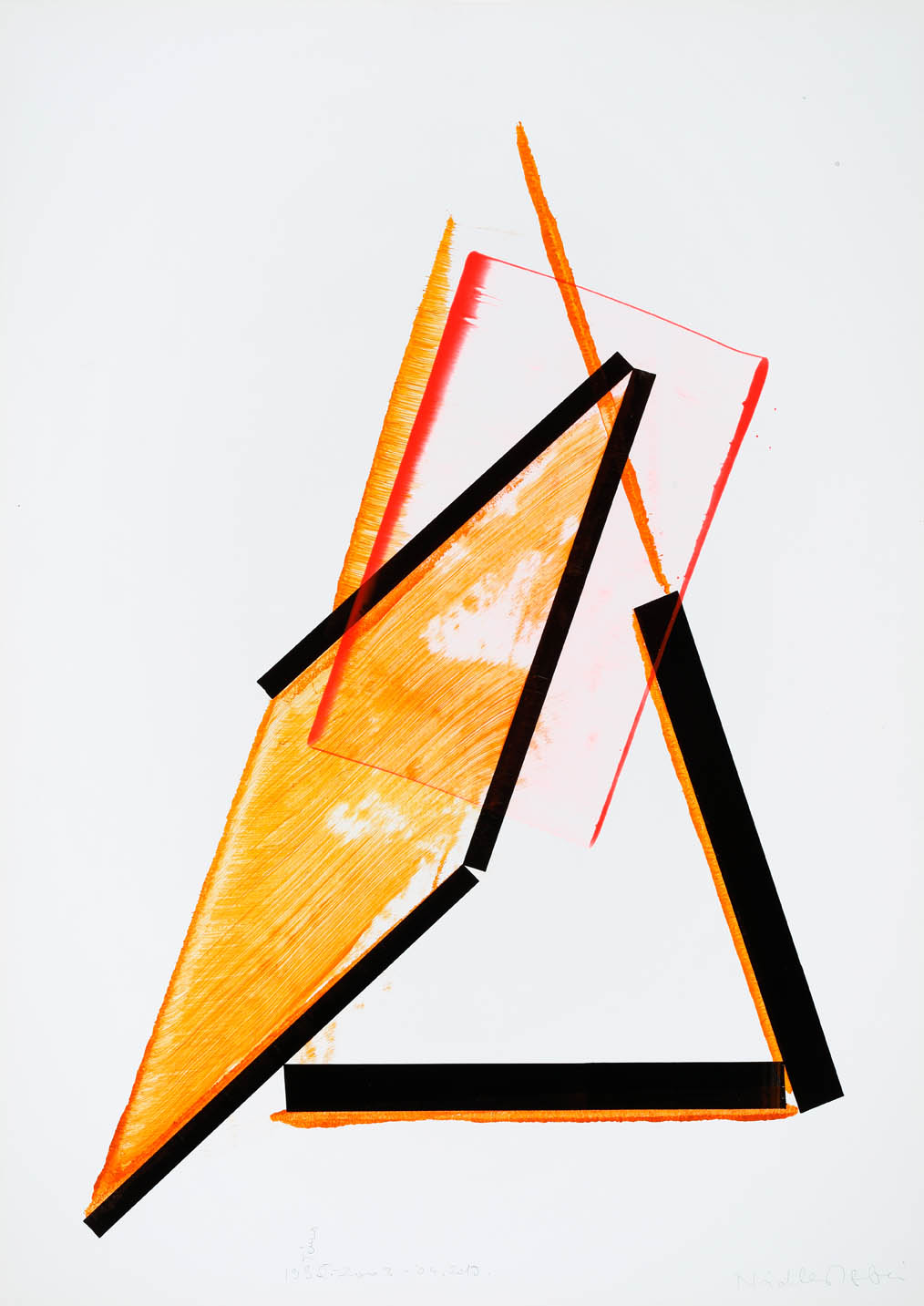 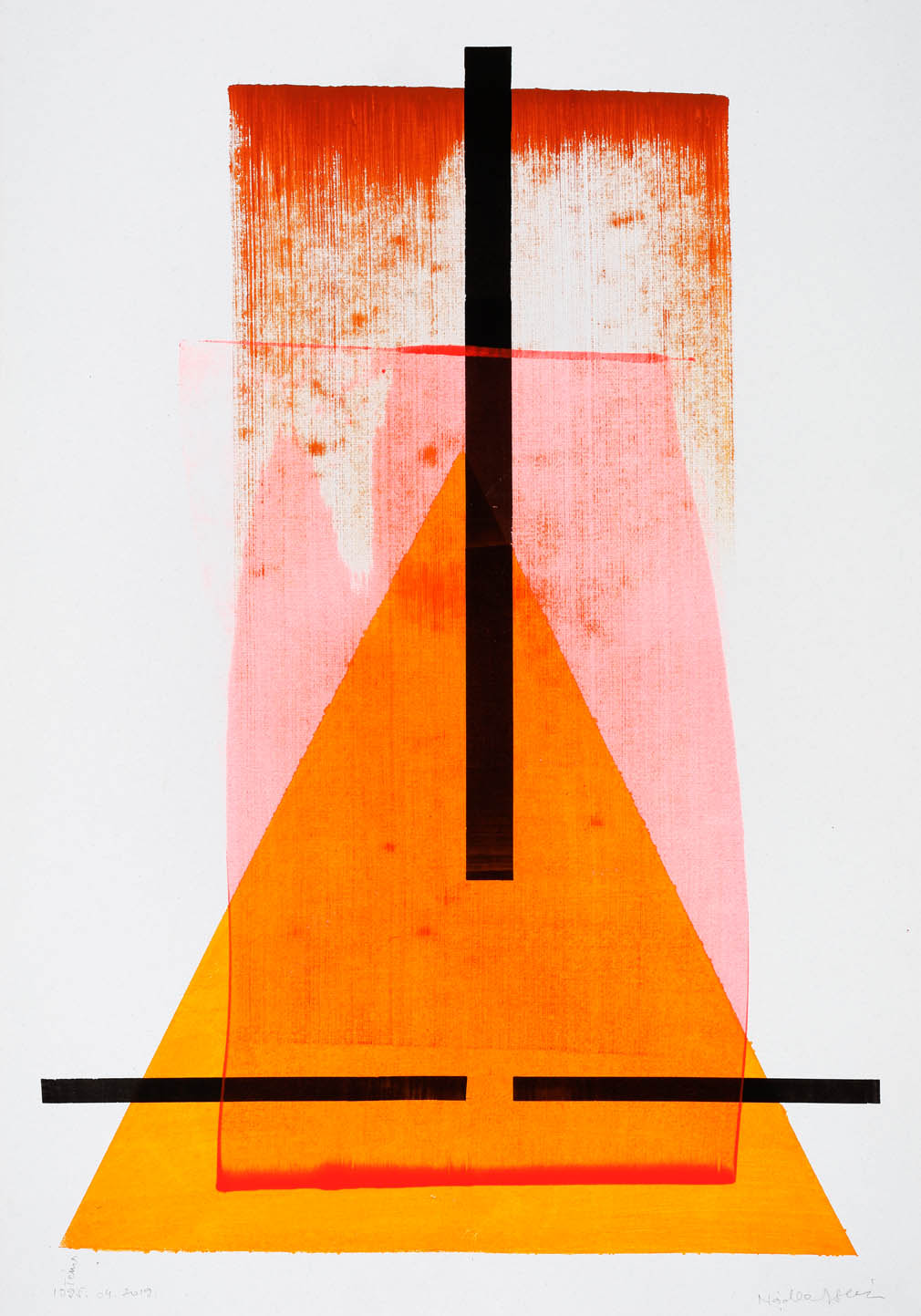 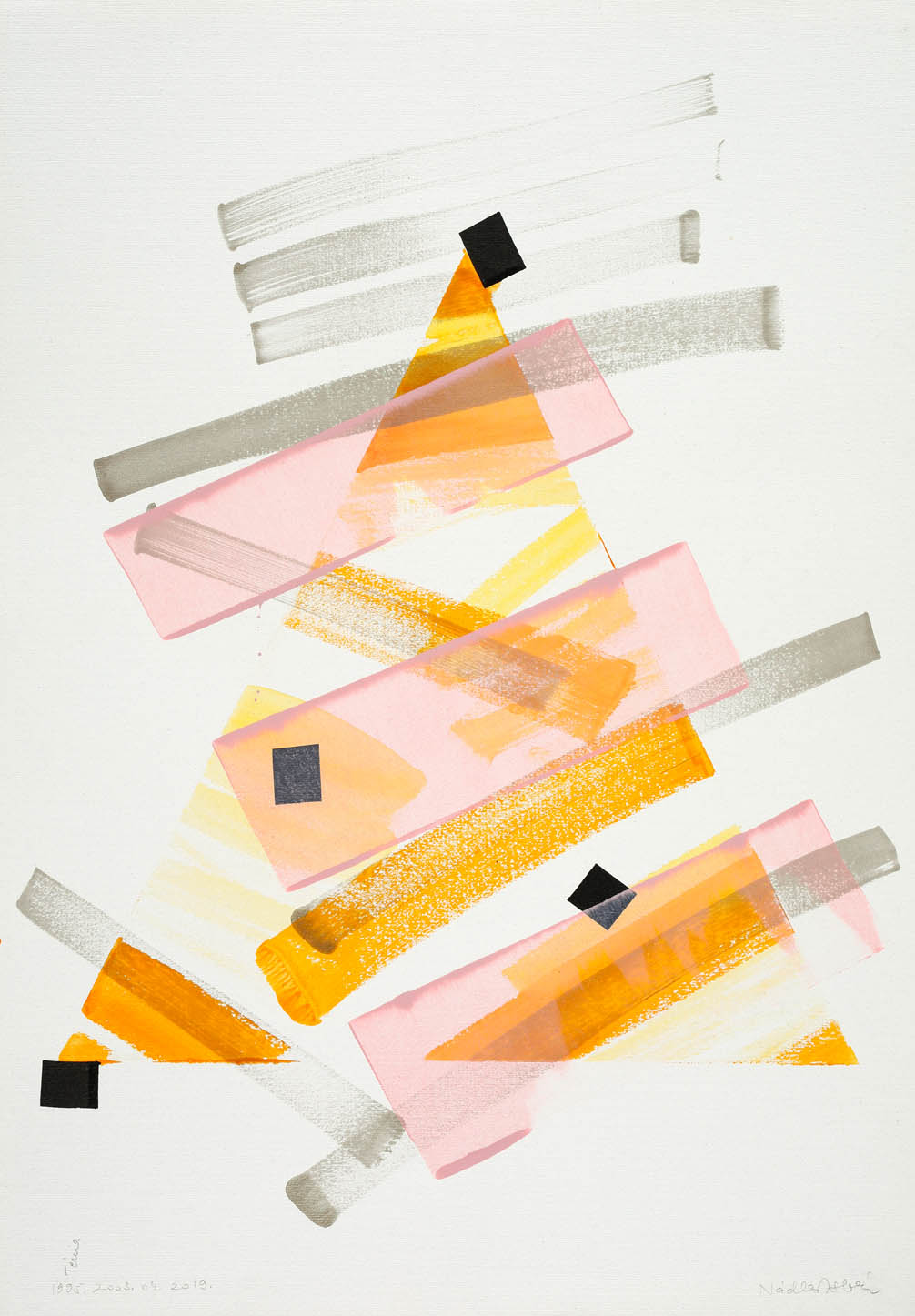 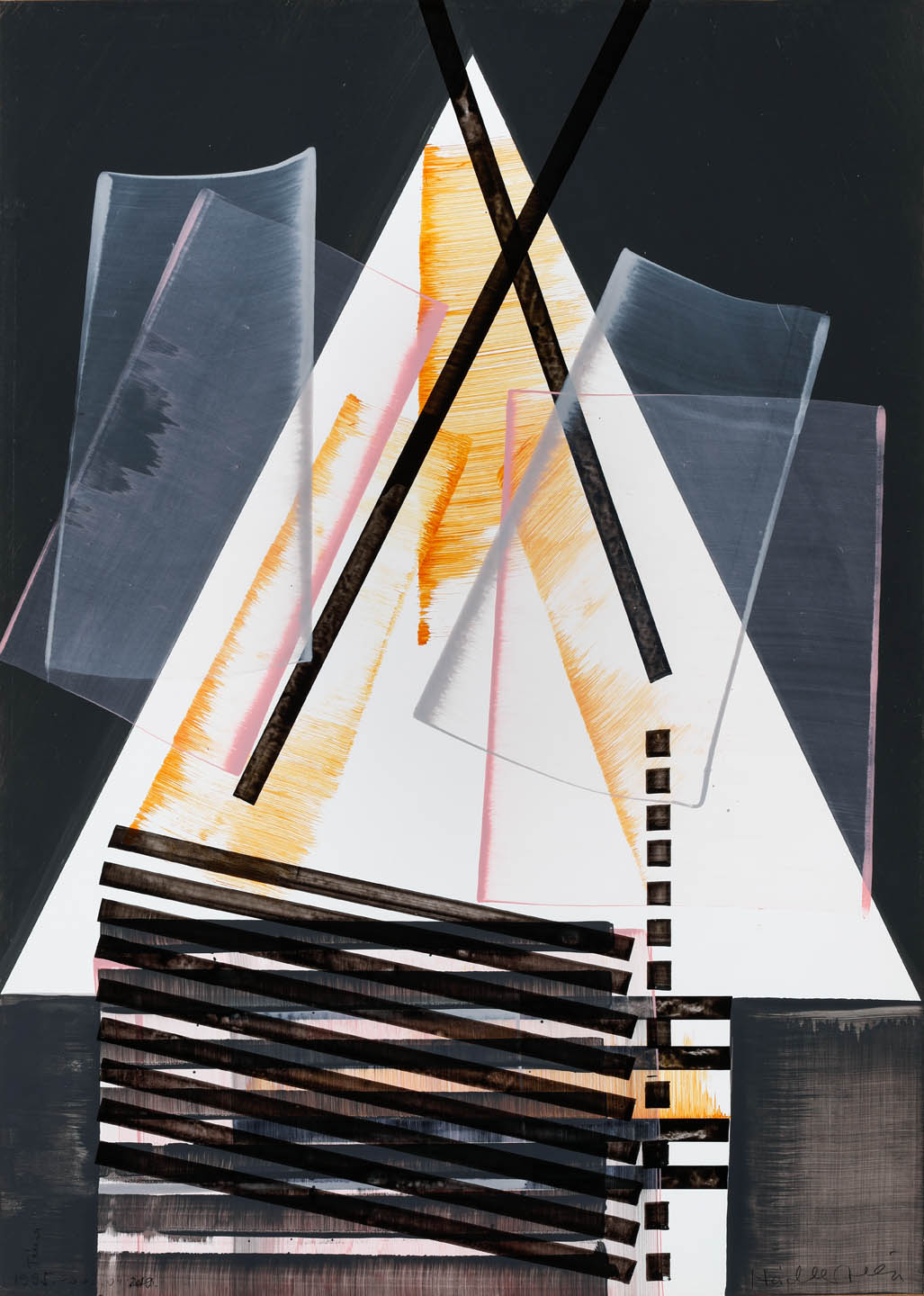 Exhibiting in Kisterem for the second time, István Nádler presents series of recently completed graphic works. The triangle that became a central motif in the artist’s painted works in 1994 and resurfaced in the early 2000s, this time also as a theme of works on paper. The then started series which Nádler finished in 2019 depicts the contemplation of the triangle’s birth and disintegration and offers an essential picture of the harmony created between geometry and gesture in the oeuvre of István Nádler.

“The artist’s works on paper, which can be interpreted as pages of an imaginary journal, bare particular significance. These works can be regarded as the most immediate, most intimate, on which the birth of form and thought unfolds as a (pictorial) process. Characterized by the liberating play of first touches, experiments, they are more than drafts, they are autonomous pictures and furthermore carry within themselves seeds of bigger compositions.

(Excerpt from Dávid Fehér: The touch of paper. Approaches to the graphic works of István Nádler.)