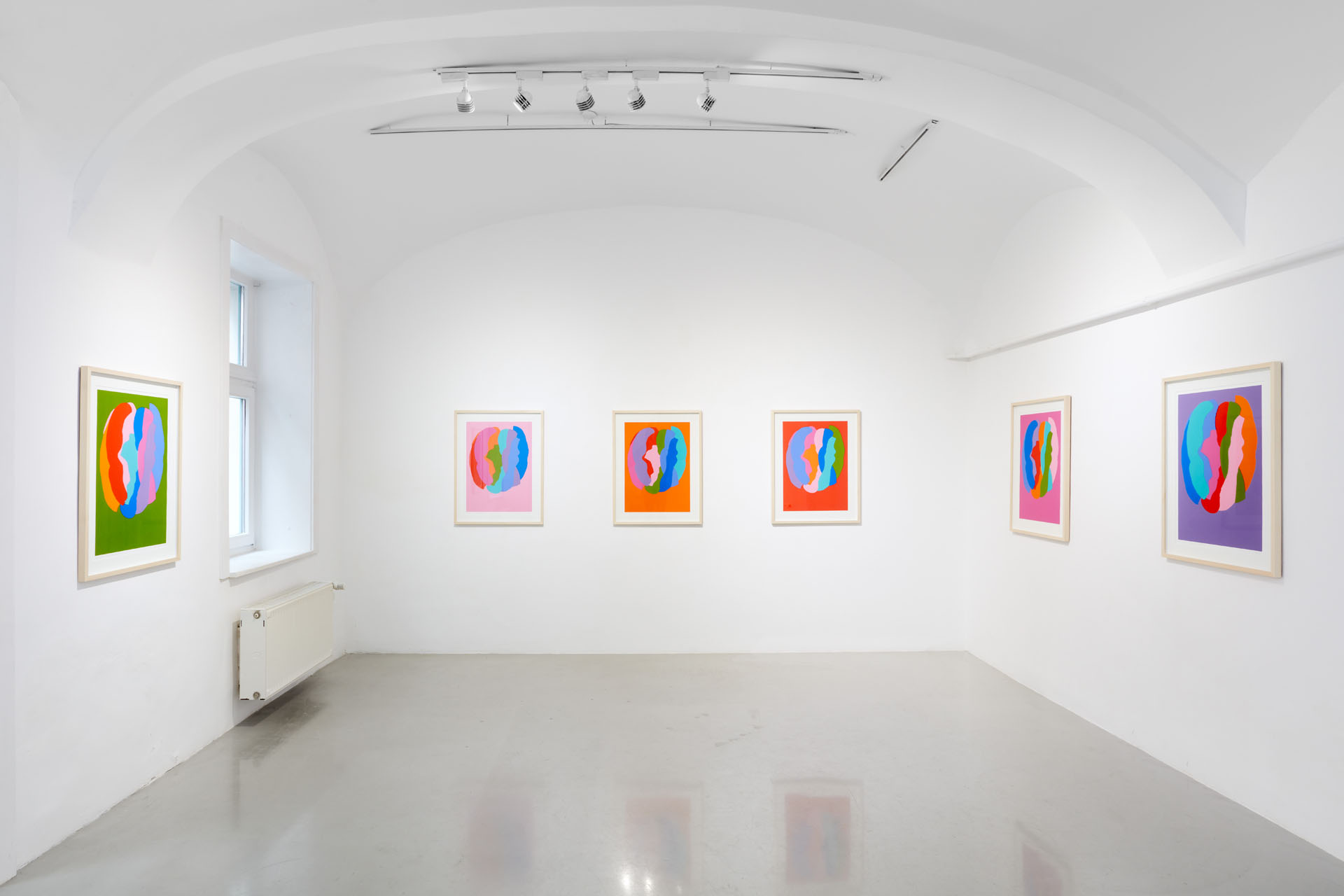 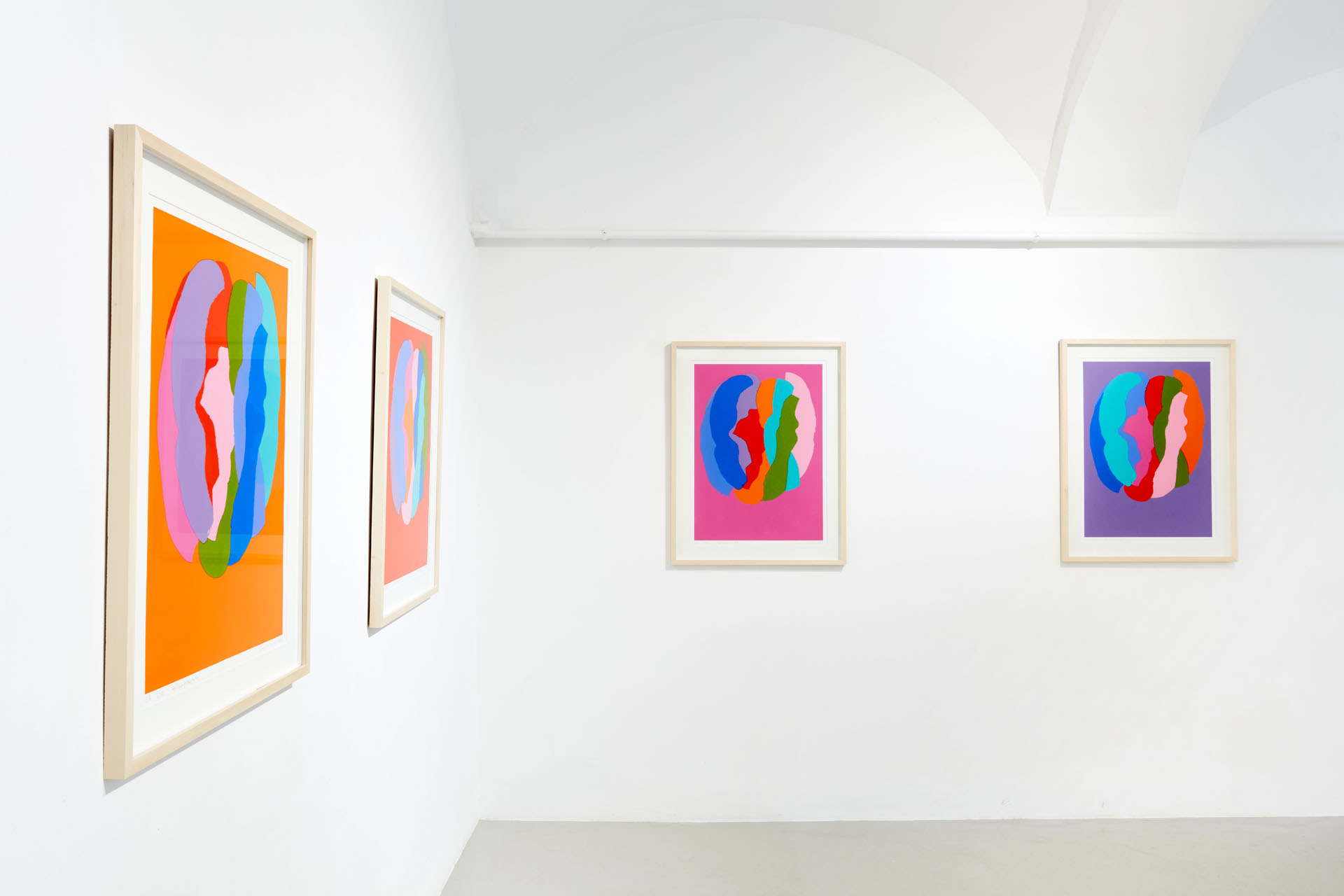 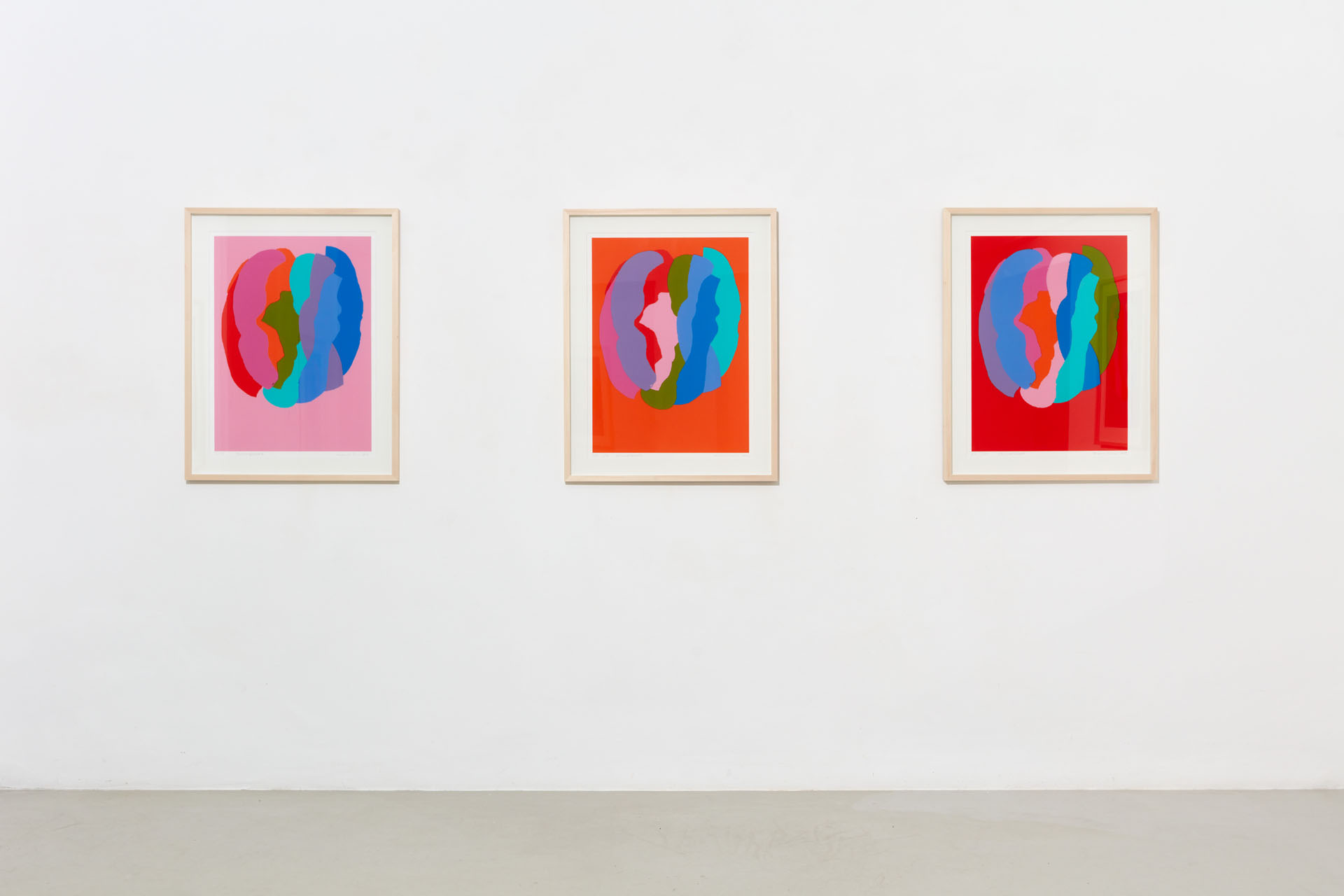 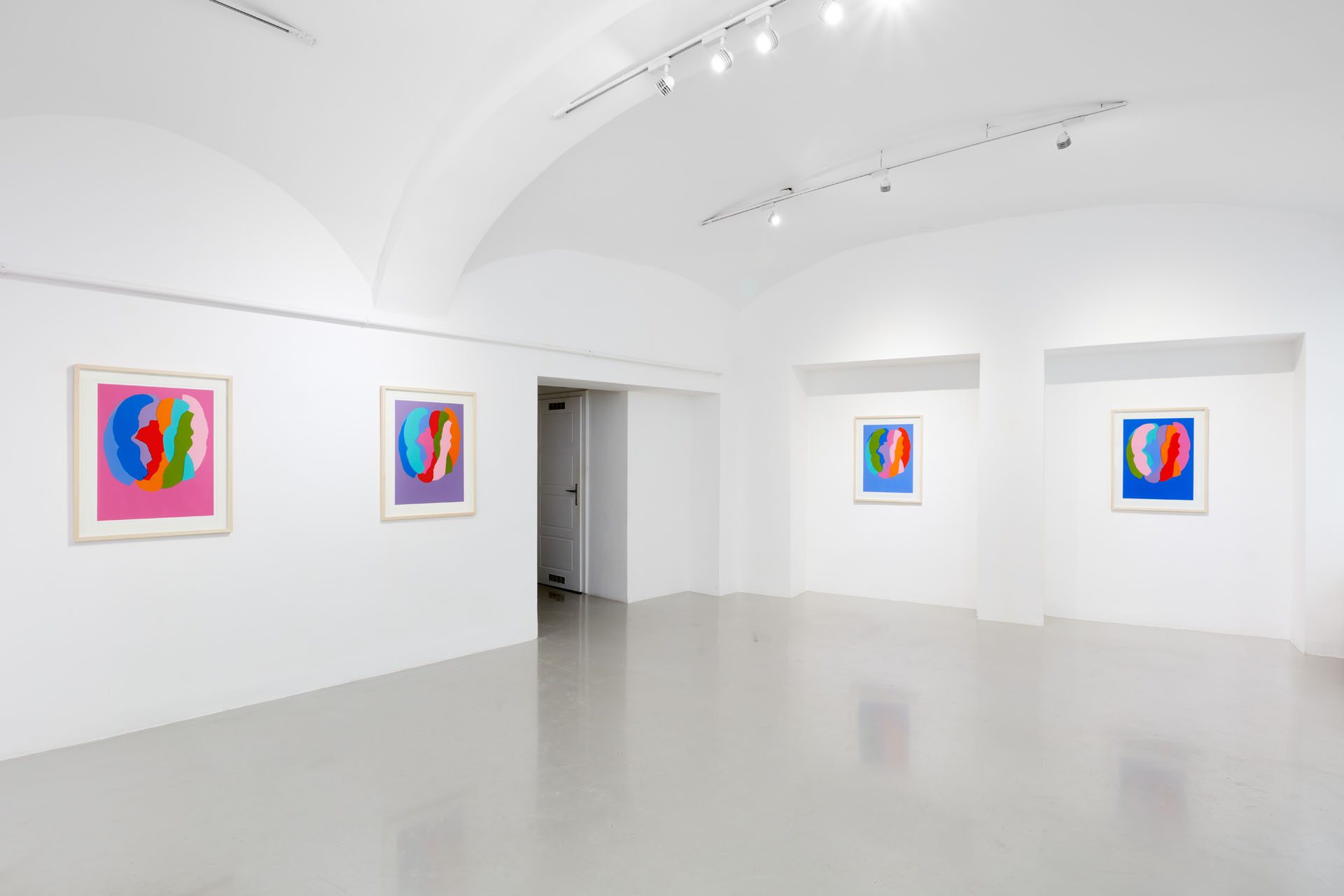 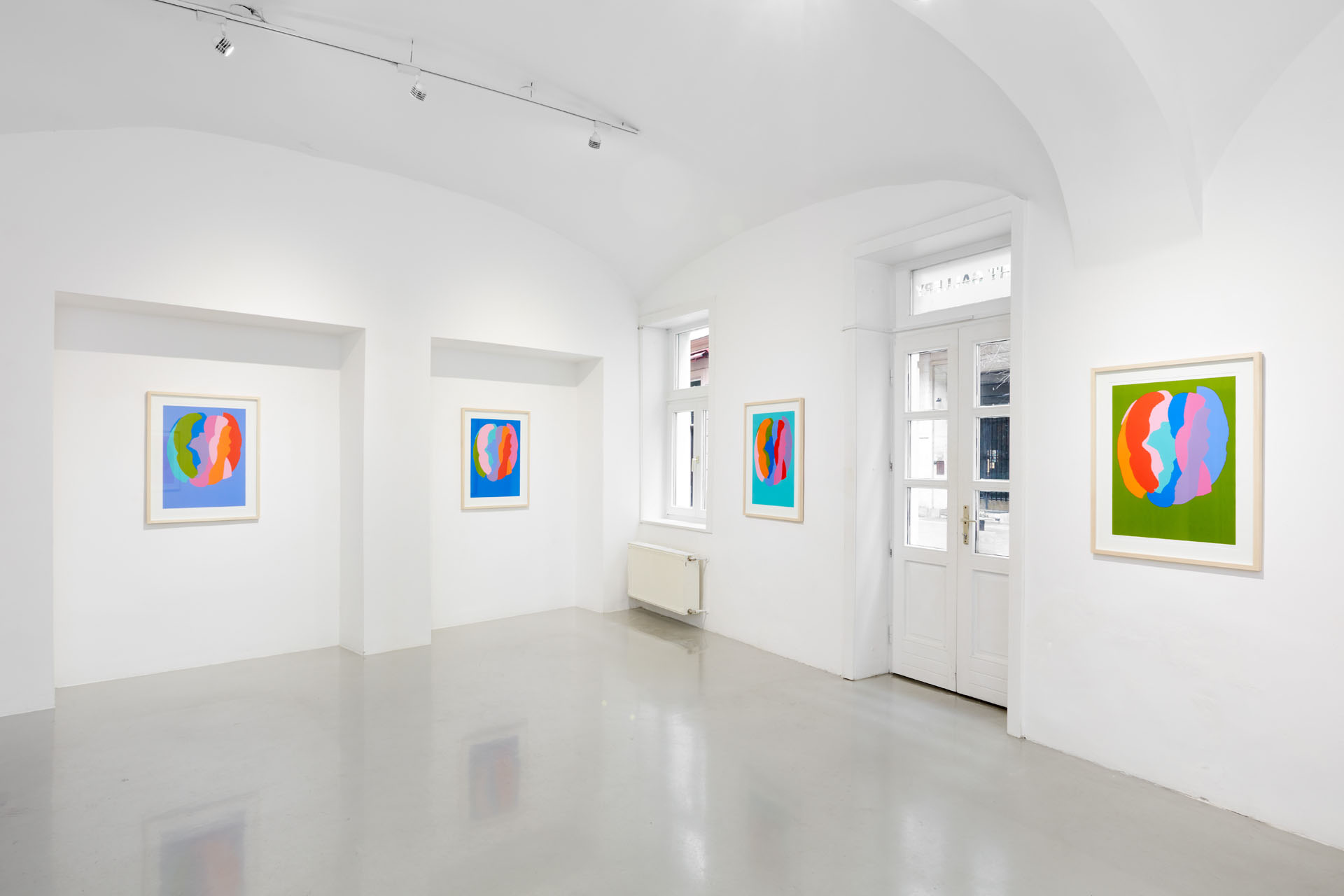 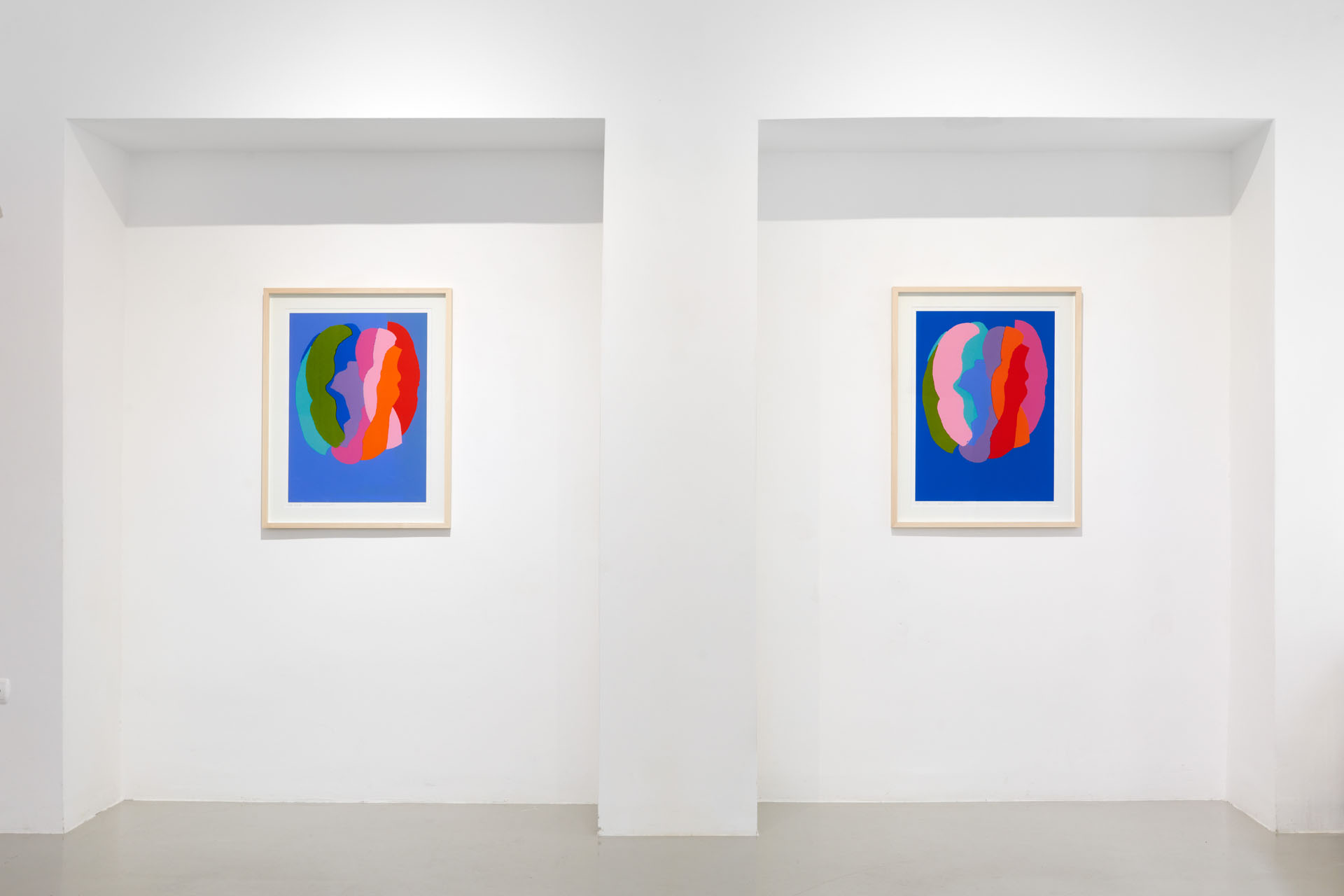 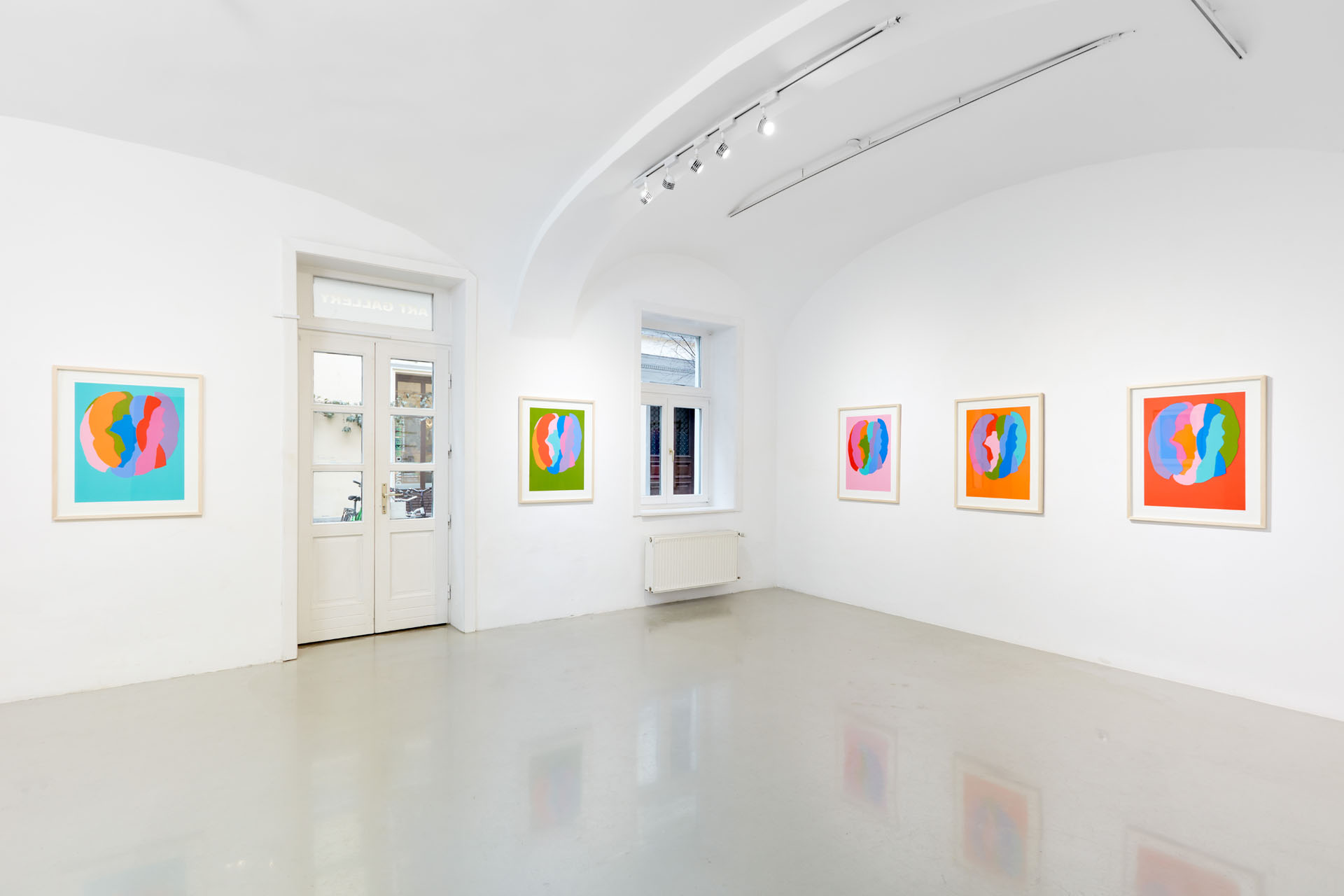 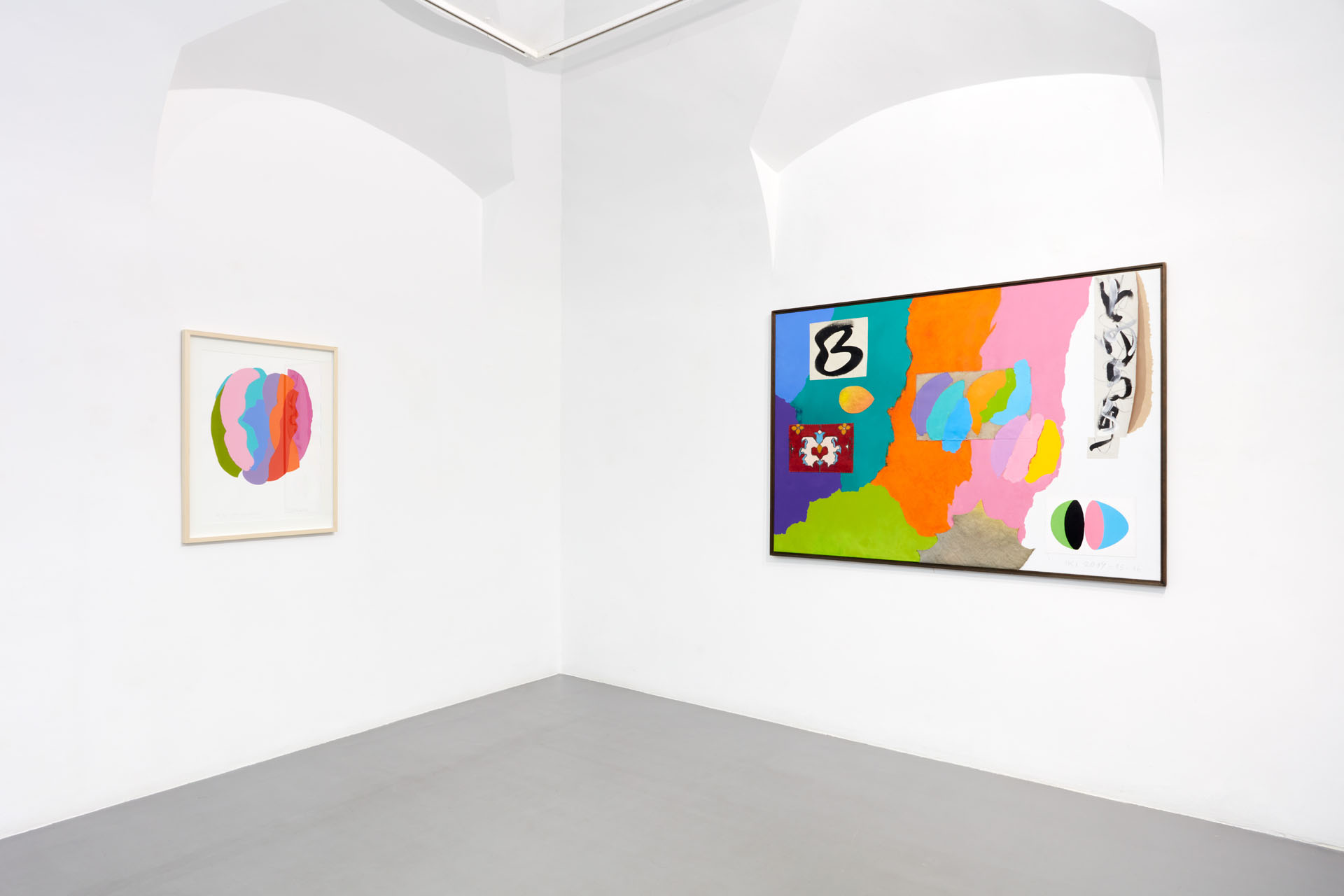 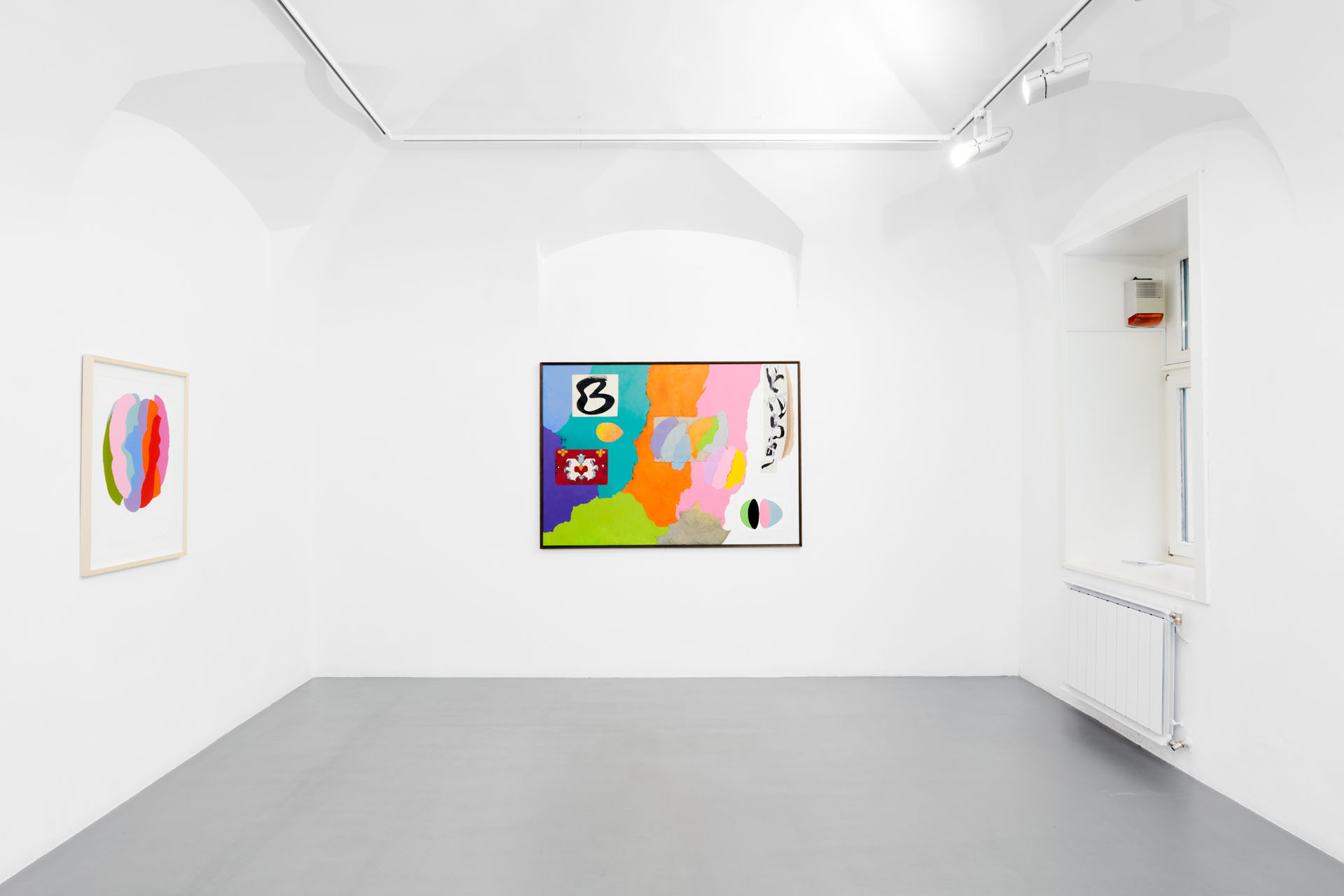 Paper-based works always played an important role in Ilona Keserü’s art, she experimented with graphic techniques and made silkscreen prints at every stage of her artistic practice. At the beginning of her career, when she came across the motif of the tombstones of Balatonudvari, she processed it in a huge matrix of prints (Tombstones series, 1969). Her experimentation with the exchange of neighbouring hues, such as red, pink and purple, also appeared in the work Wall-hanging with Tombstone Forms (1969), now in the collection of The Metropolitan Museum of Art. These were followed by the series Accord, Inclusion (1976), and then Feeling (1982). In an organic continuation of her work, a new motif, the composition of the painting The Creature (2021-22), now forms the basis of a new series of screenprints. The ‘colour leap’ in the title refers to the way in which the series varies between pieces, with nine iterations of the composition with its colours in nine different positions.