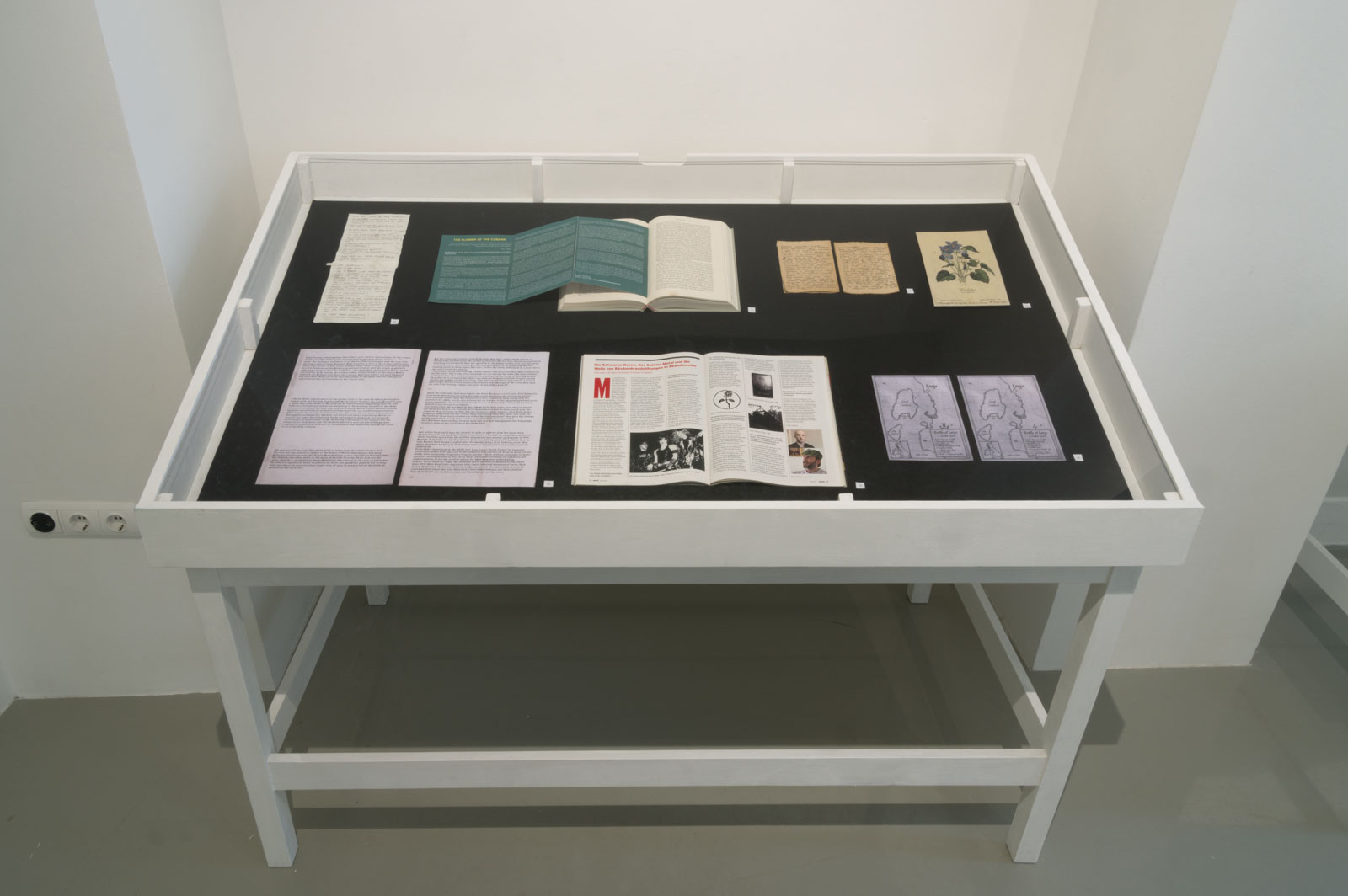 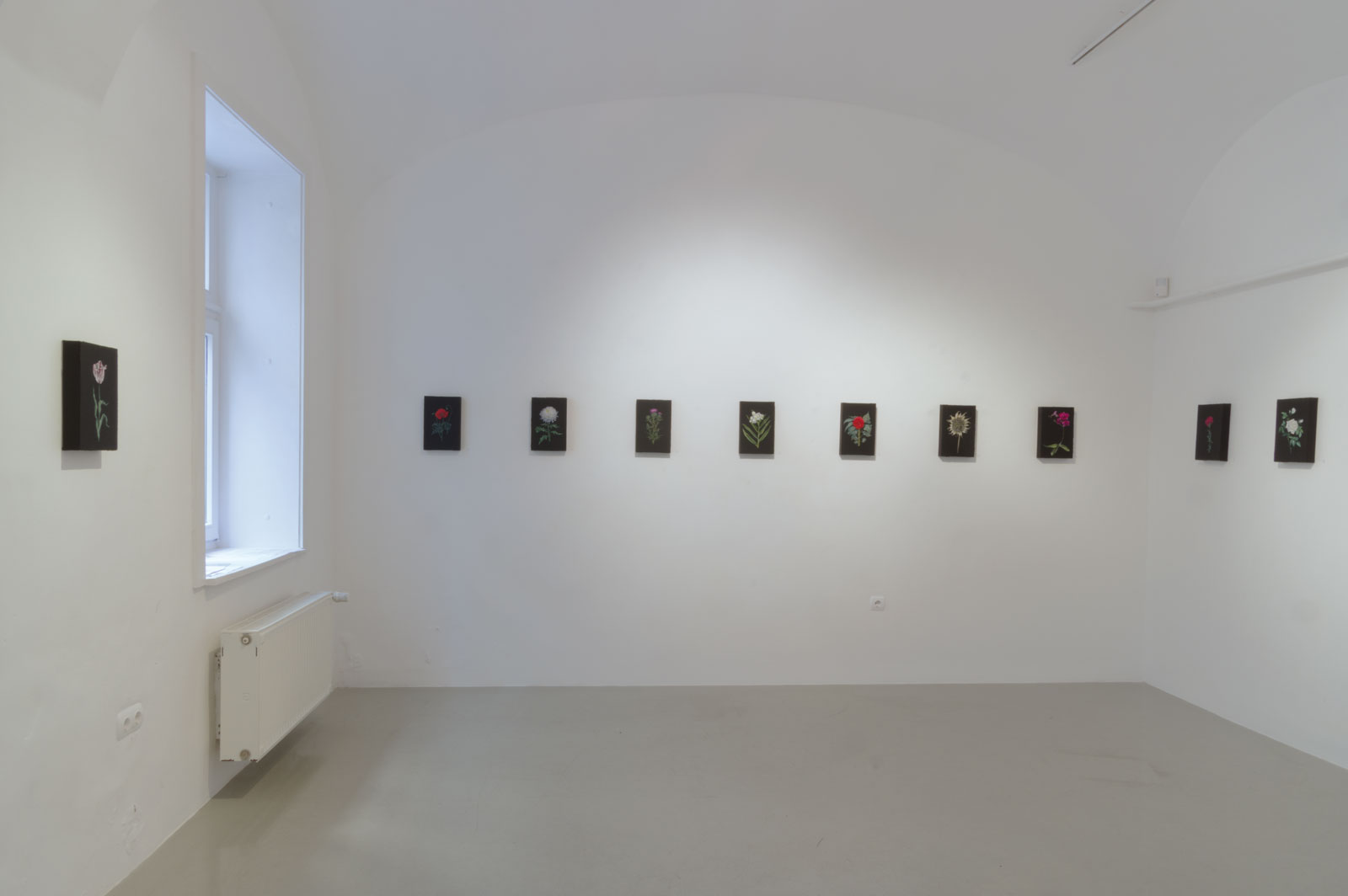 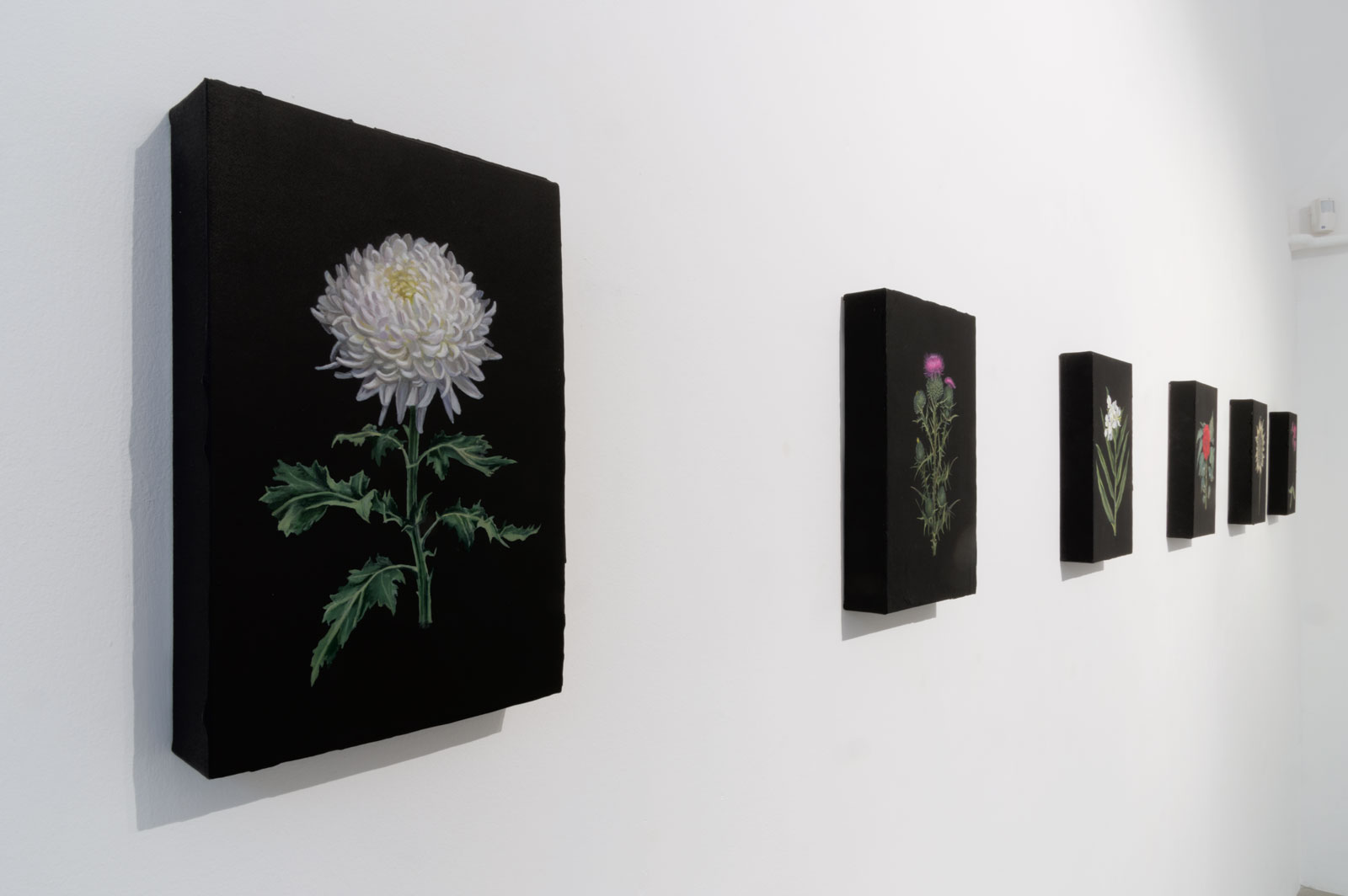 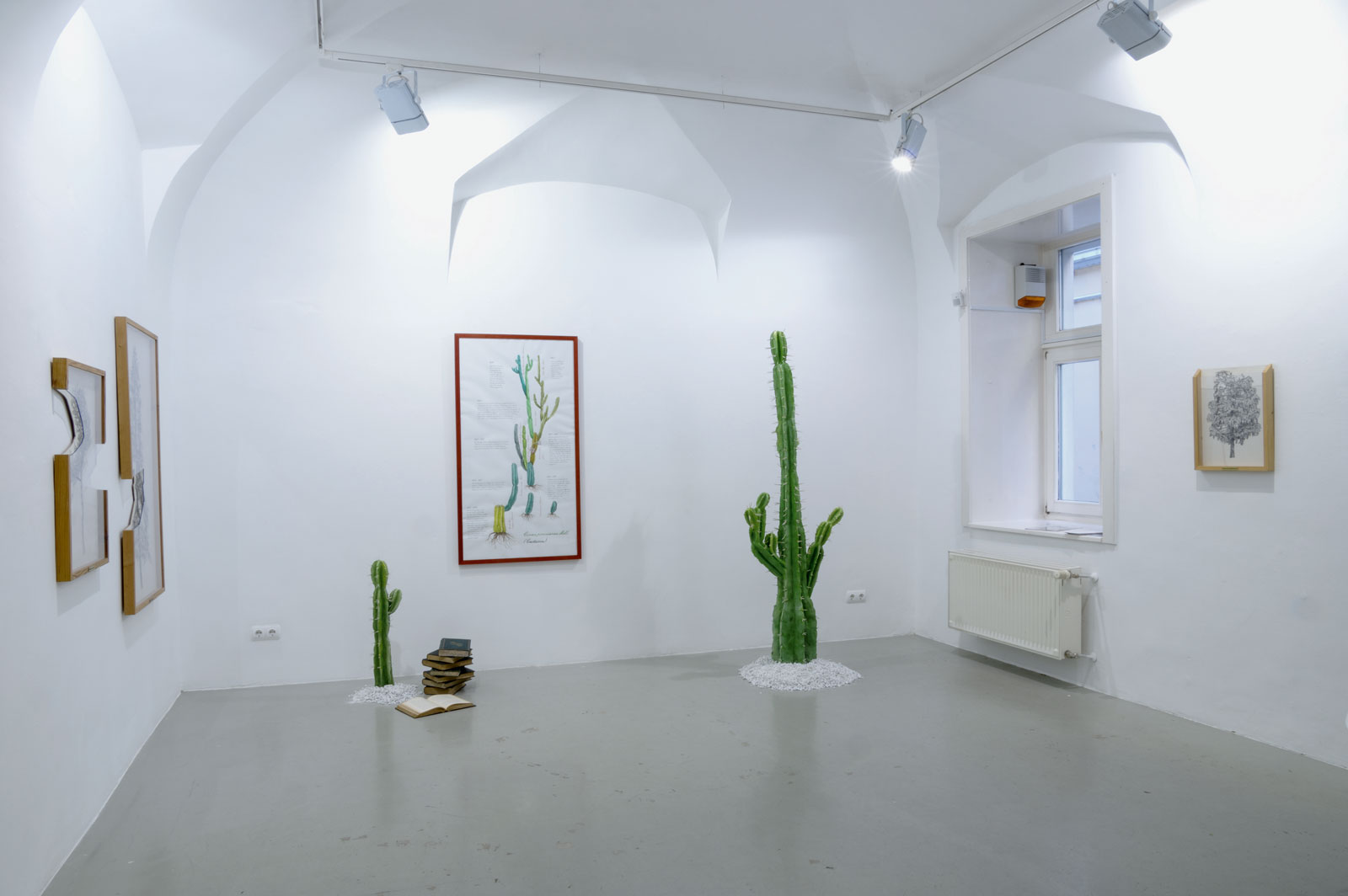 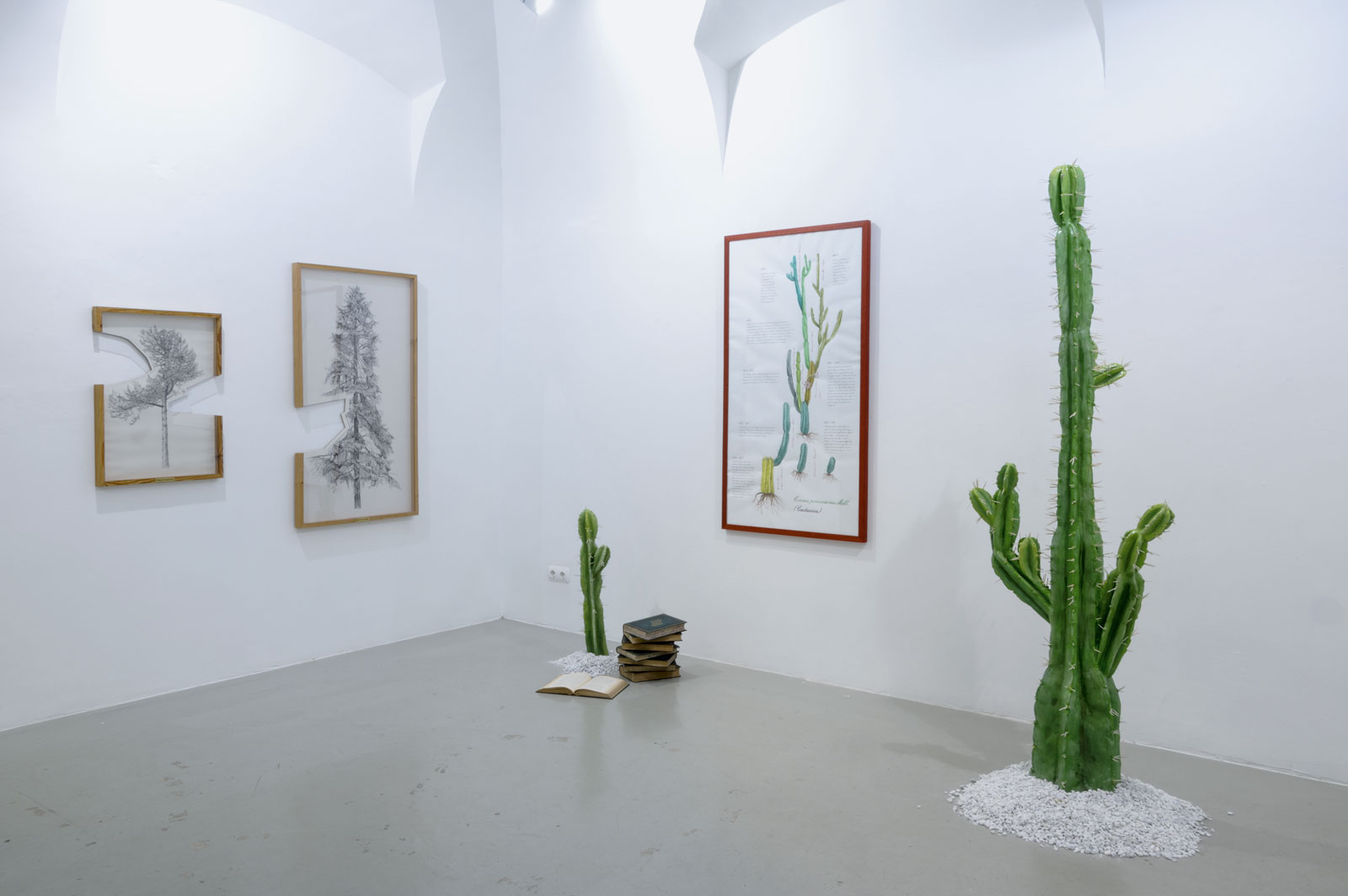 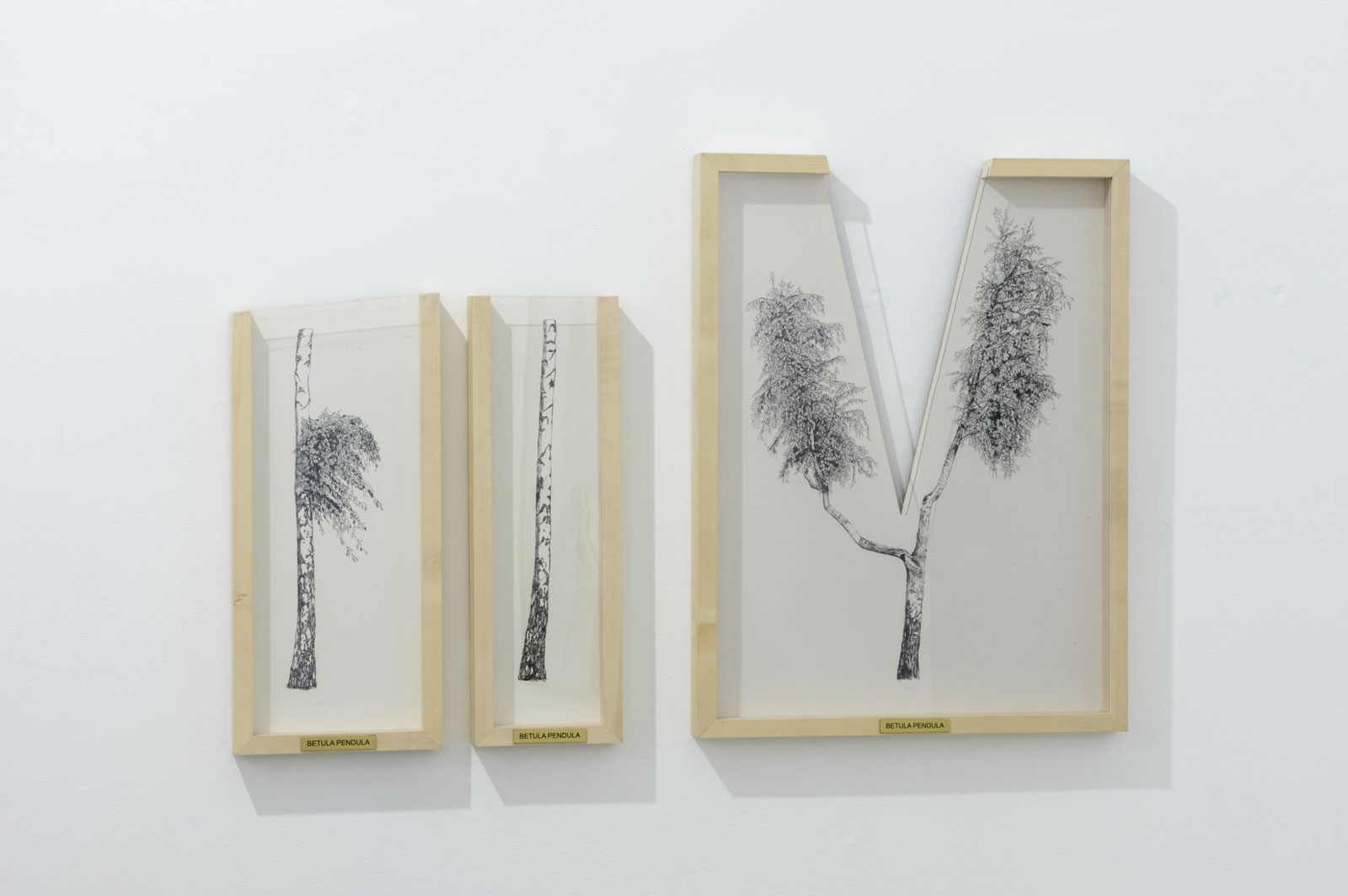 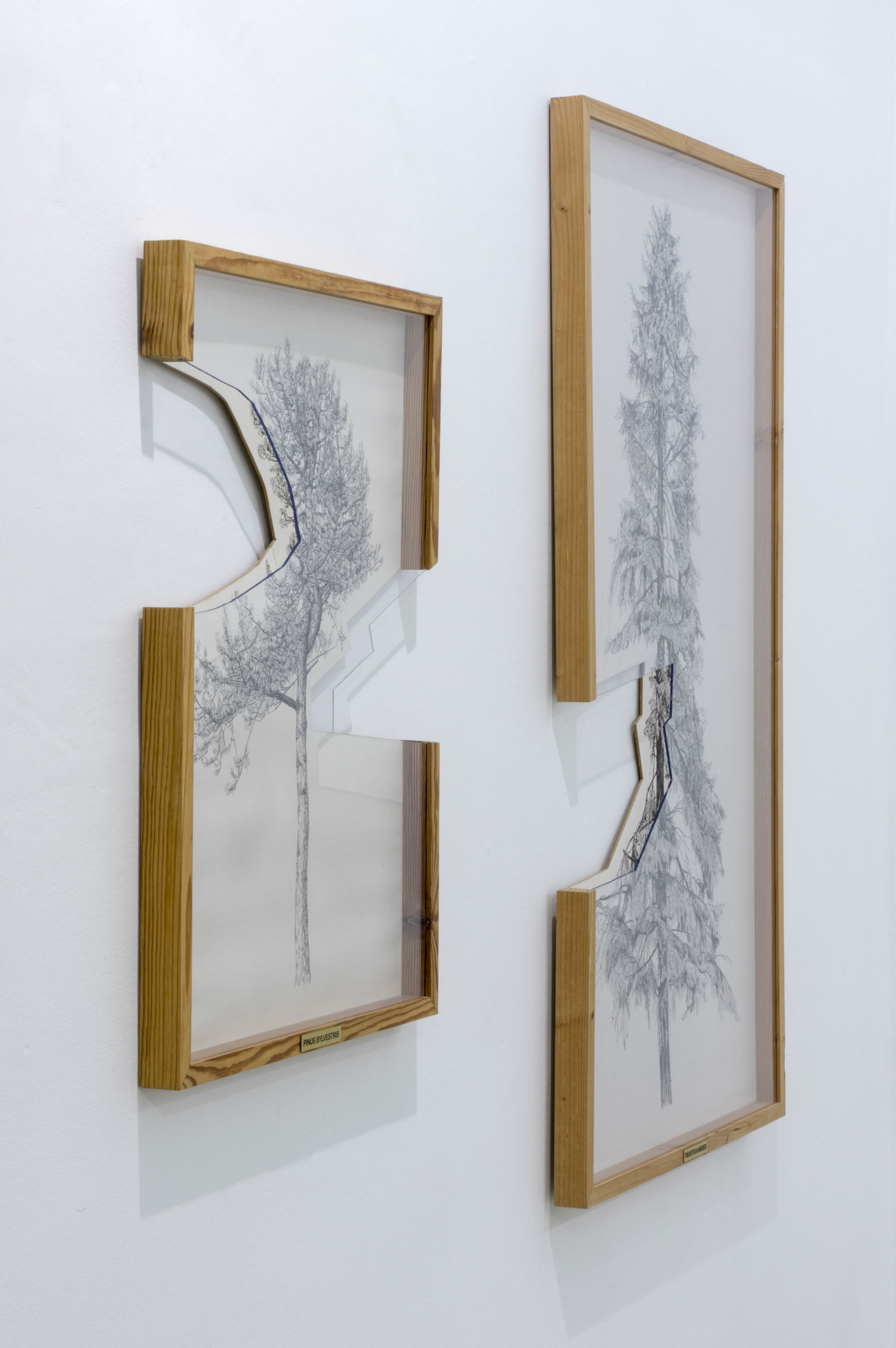 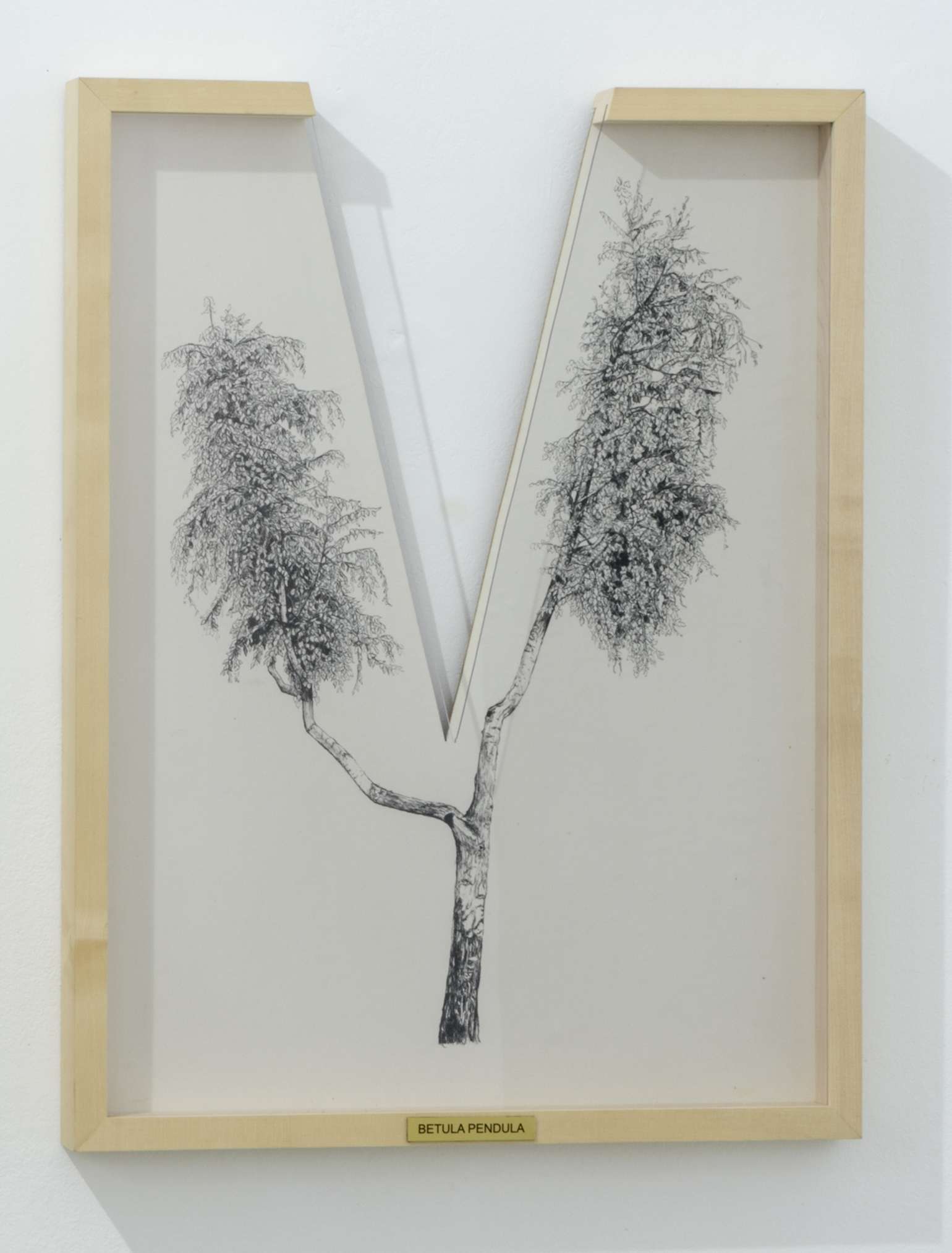 Present exhibition of Kisterem Gallery, through the works of Borsos Lőrinc and Kitti Gosztola, aims to examine the seemingly unintended connections of botany and politics based on several real and local, historical and international aspects. The artists, not following the Darwinian theories of botany, undertook the exploration and the presentation of widely known or unknown tales about a number of chosen plants. The botanically exact paintings on wooden plates, ink drawings and realistic statues of plants, without knowing the related narratives, attract the eye similarly to Nederlandish still lives. However, stepping closer to the brilliantly realistic surfaces, other aspects of the plants get to the horizon, like the genealogical drawing of the relic of the Cereus Peruvianus of Lajos Kossuth, surviving in the Hungarian plant science, or the connections of the Scottish thistle, the jasmine, the tulip, the red carnation and supposed or real historical and current political stigmatization of Kimjongilia.

The memory of Lajos Kossuth, fighter of Hungarian freedom and independence, has not only survived in folk literature and clothing traditions, but plant science also kept its memory in the form of a Cereus Peruvianus.
According to the legend (the authenticity of which is also proven by the contemporary press), there was a plant that got to Hungary from Lajos Kossuth’s garden in Torino. The cactus from the original stock – that is honored as a relic by botanists – according to the stories is still alive in three locations: in the Botanical Garden of Szeged, also in Szeged in the Fekete-ház (meaning Black-house), and in the Botanical Garden of the University of Debrecen.
In my installation I reconstruct the Kossuth-cactus legend with the help of archive documents. The central piece of the group of objects is the genealogical drawing illustrating the historical phases of the cactus that shows the historical turning points and important political events that defined the fate of the cactus. One such significant Hungarian historical event for example is the Peace Treaty of Trianon, or the Second World War when the Allied air forces were bombing Szeged. Lajos Kossuth, after leaving the political battle-field, seeking solace turned towards botany; however, cultural remembrance evokes his cult through this plant legend from time to time, on significant historical events concerning the nation as turning points.

The series of drawings entitled Right tree Right place presents trees stubbed because of the installation of electric cables, highlighting the violence of the operation by the cutting-ins on the glass frames.
The plants that are the victims of strong disfigurements not only lose their aesthetic functions but also their life expectancies get greatly shortened. Pruning of urban trees is necessary, if it happens with the purpose of the tree’s “rejuvenation.” However, cutting because of public utilities is an intervention that causes often lasting, unrecoverable damage to the trees. Out of the depicted trees numerous ones are considerably damaged; in this case the tree’s defective crown is not able to absorb enough CO2 for nutrition, after unprofessional removal and after-treatment of branches, there is a great chance that the plant gets infected, and cutting from one direction weakens the static structure of the tree. All the listed cases lead to the tree’s slow death.
The mutilations and felling of trees are all in the focus of ideological debates that call forth louder and louder protests both in Hungary and throughout the world. The conflicts around plants highlight very clearly and in the same time connect the counter-interests between man and nature manifesting itself worldwide.

The group of works displayed here is a variation of the artist’s Language of Flowers (2014) exhibition, reshaped for the spaces of Kisterem Gallery. The exhibition was originally held in the Erwinf Schraff Museum in Neu-Ulm, in collaboration with curator Borbála Szalai. The paintings depict flowers that played significant role in different historical events, therefore having symbolic meanings and historical associations. In the documentation there are stories containing both real and fictive elements, which attempt to unveil the circumstances of the constructions of the symbols.