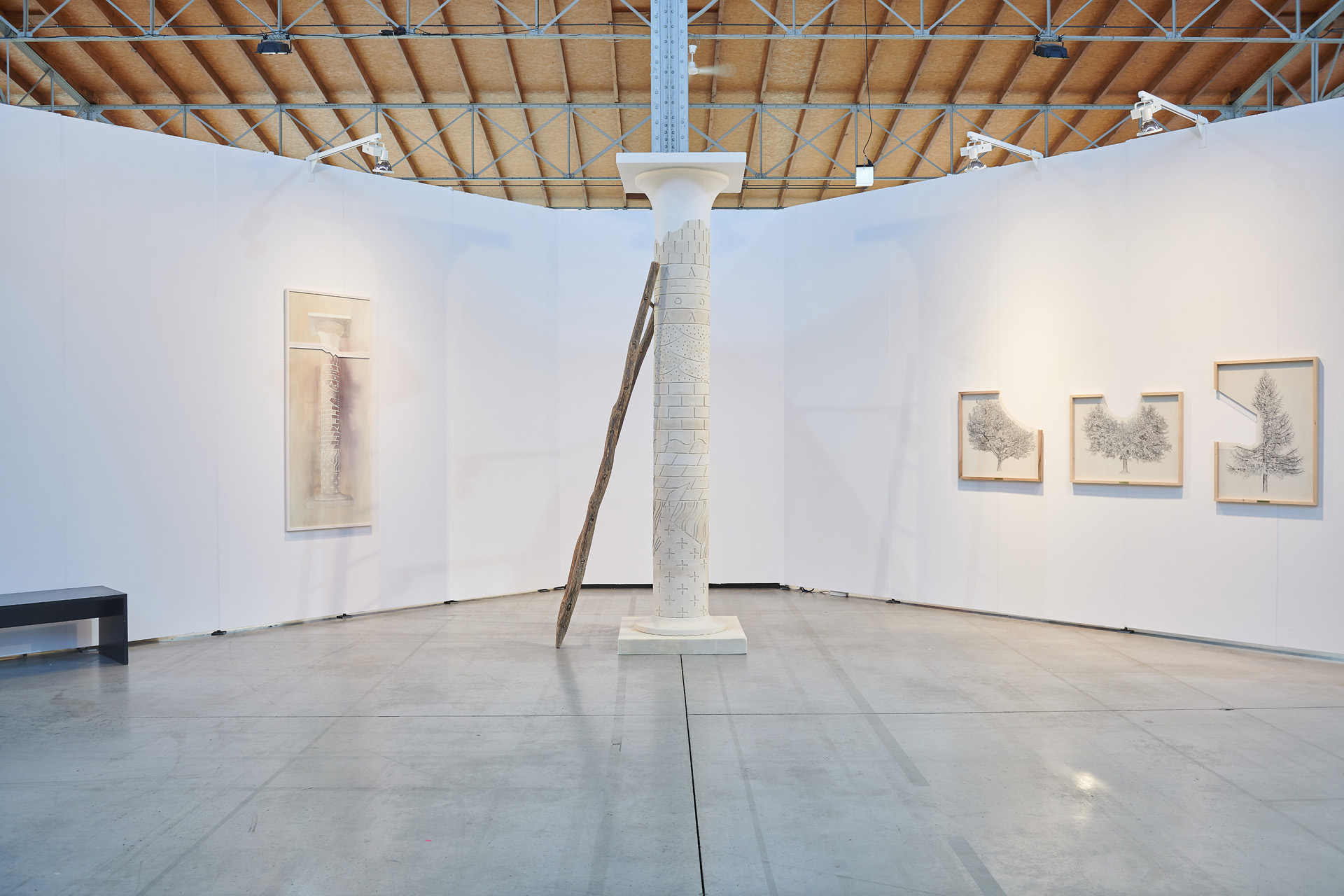 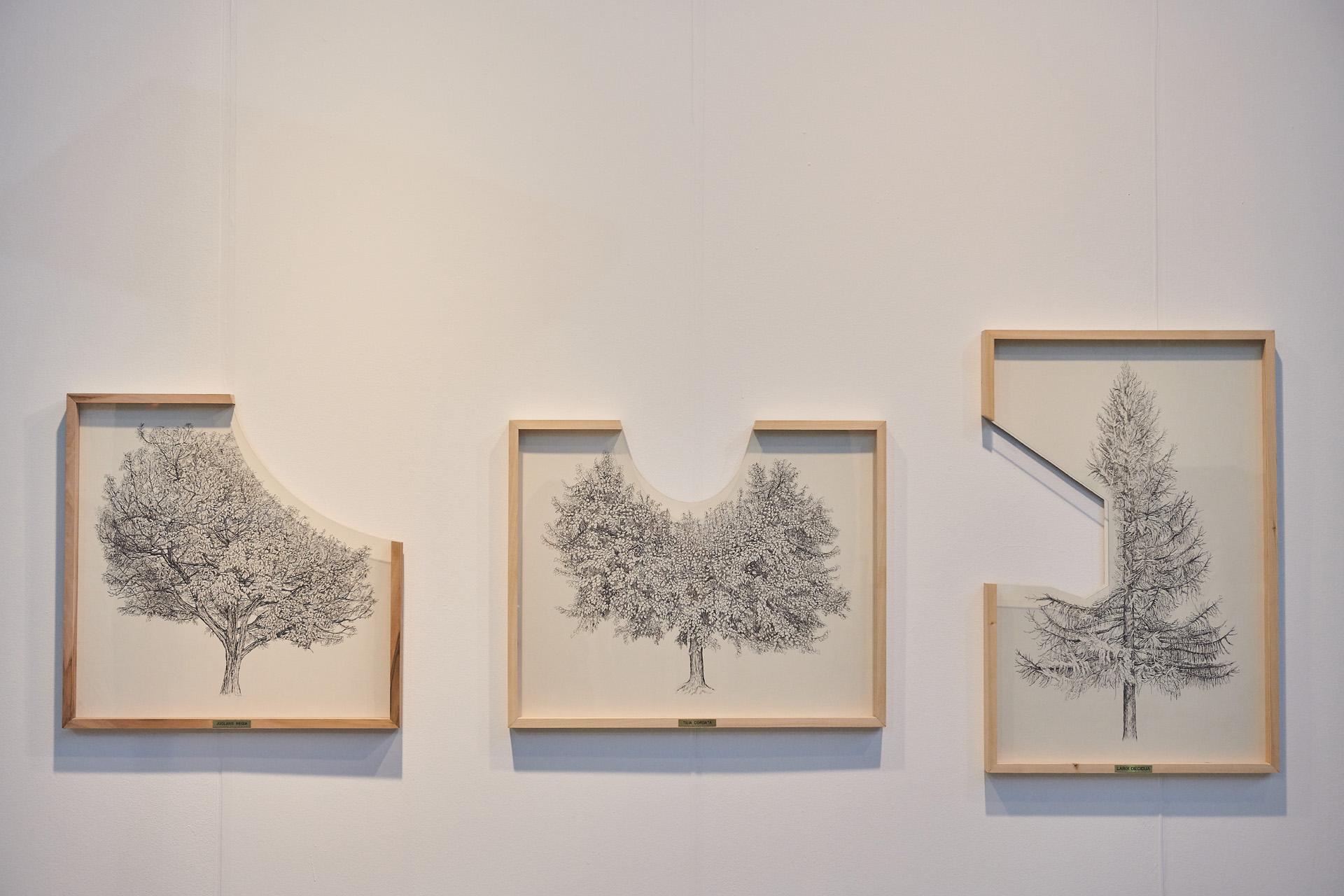 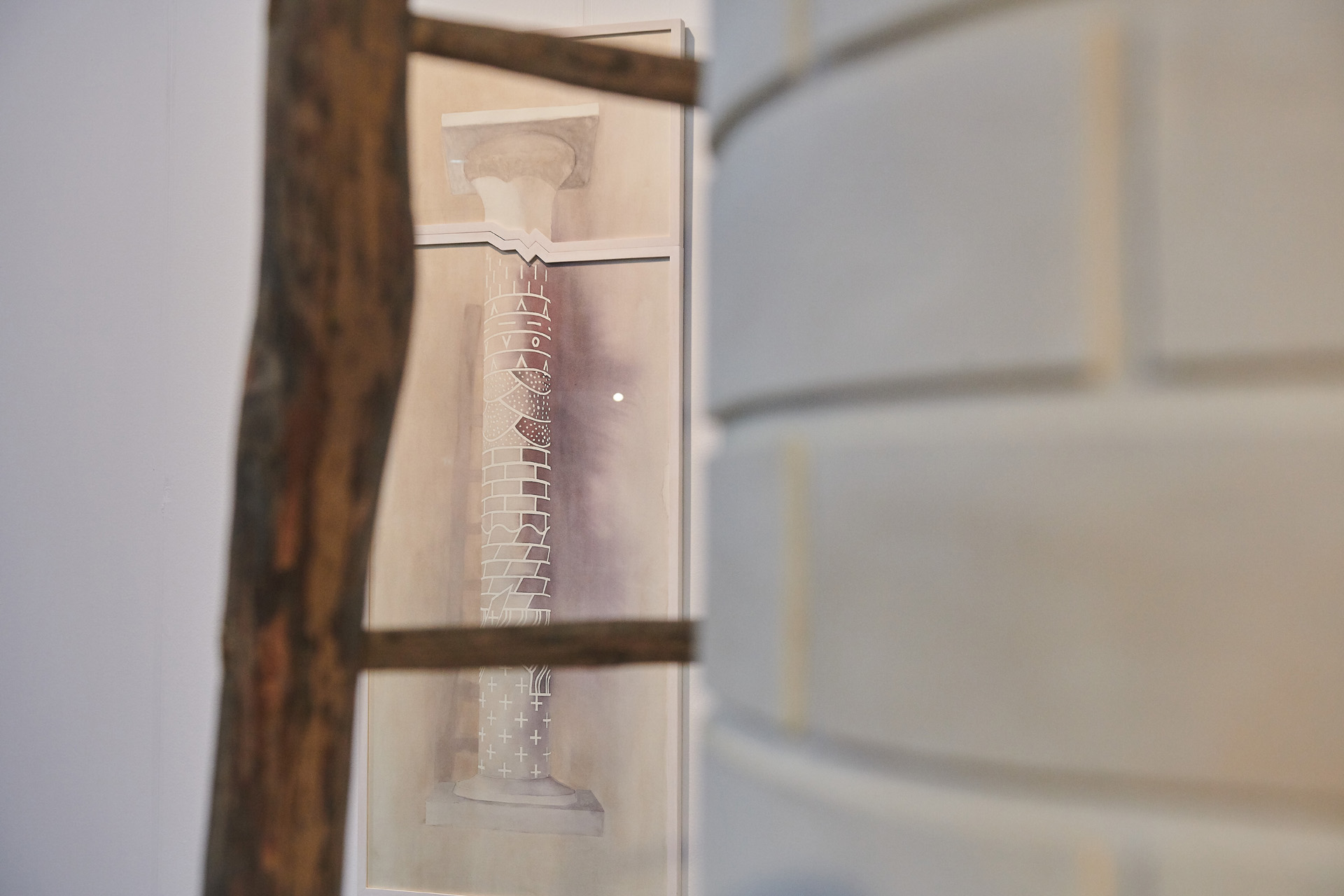 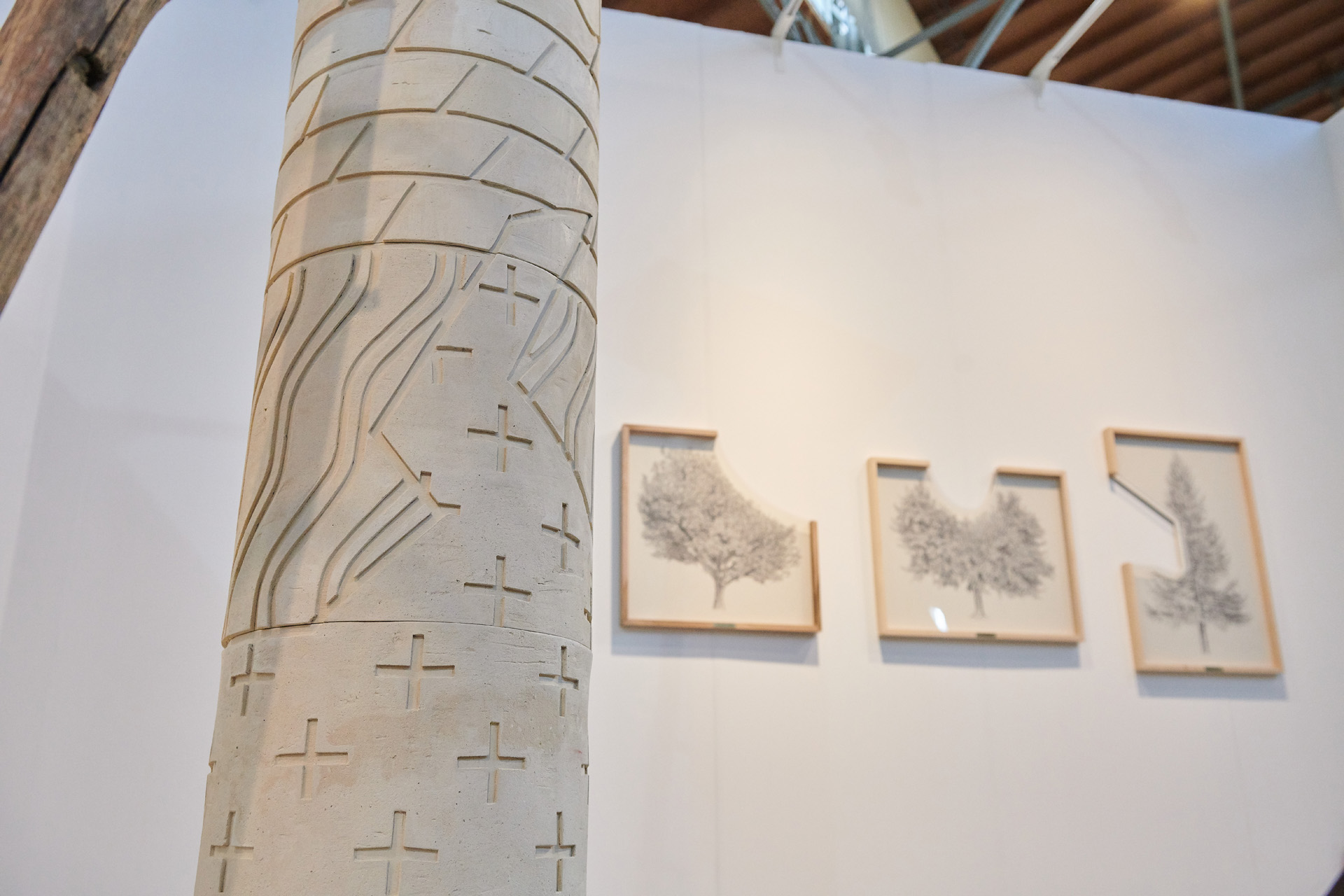 Kitti Gosztola’s artistic practice is permeated by ecological thought, that is, the analysis of the human impact on the environment and the study of ways to counterbalance it. In her works, scientific and artistic thinking from different ages, and their visual or textual manifestations, are often reflected against each other, connecting them with the phenomena of today, bringing about unanticipated associations of ideas.
In the wake of today’s Anthropocene research, the artist examines how human history and the history of the Earth could be brought closer together once more. She proposes that human time and the Earth’s historical time could be projected onto one another.

In the artist’s work entitled There’s Always Room at the Top, the focus is on the pillar, as a symbol of civilisation.

A free-standing pillar or column often used to mark a sacrificial site, and had its own symbolism, which was related to the given religion or cult. In Christian faith it symbolises justice and strength; the pillar-saints, ascetics who withdrew from society, crouched atop a pillar, sacrificing their freedom for the glory of God.

The work recalls a pillar of this type, yet its surface shares formal parallels with the stratigraphic columns drawn from the depths of the Earth, which reveal hundreds of millions of years of geological strata at the sampling site. In geological diagrams the different layers are indicated with standardised international markings, which are simple geometric patterns. The capital at the top is not “original”: as an archaeological supplement, its separate, neutral surface turns the past into a fragment, and at the same time it creates room for the new ascetics who will fulfil the history of the Earth.