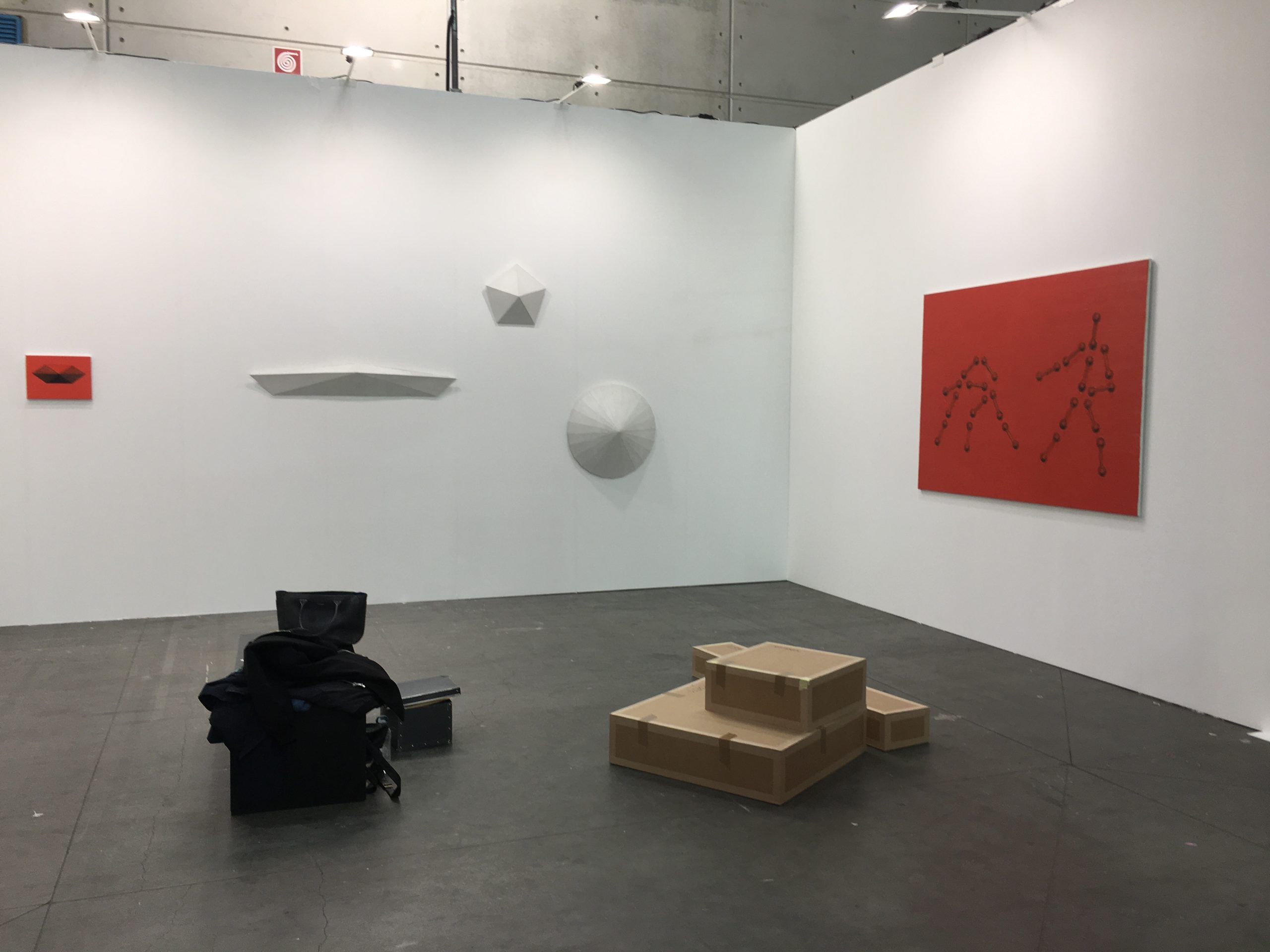 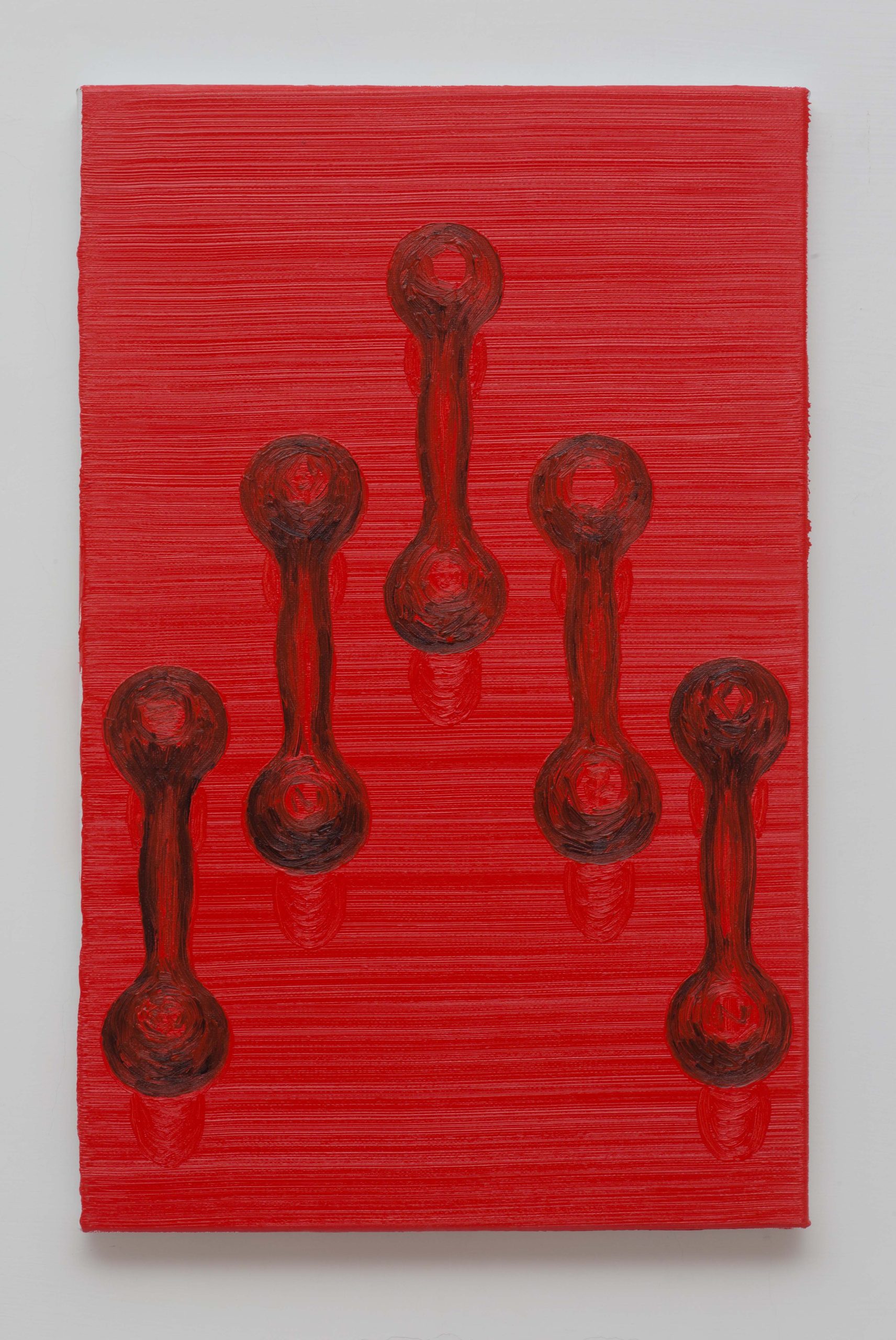 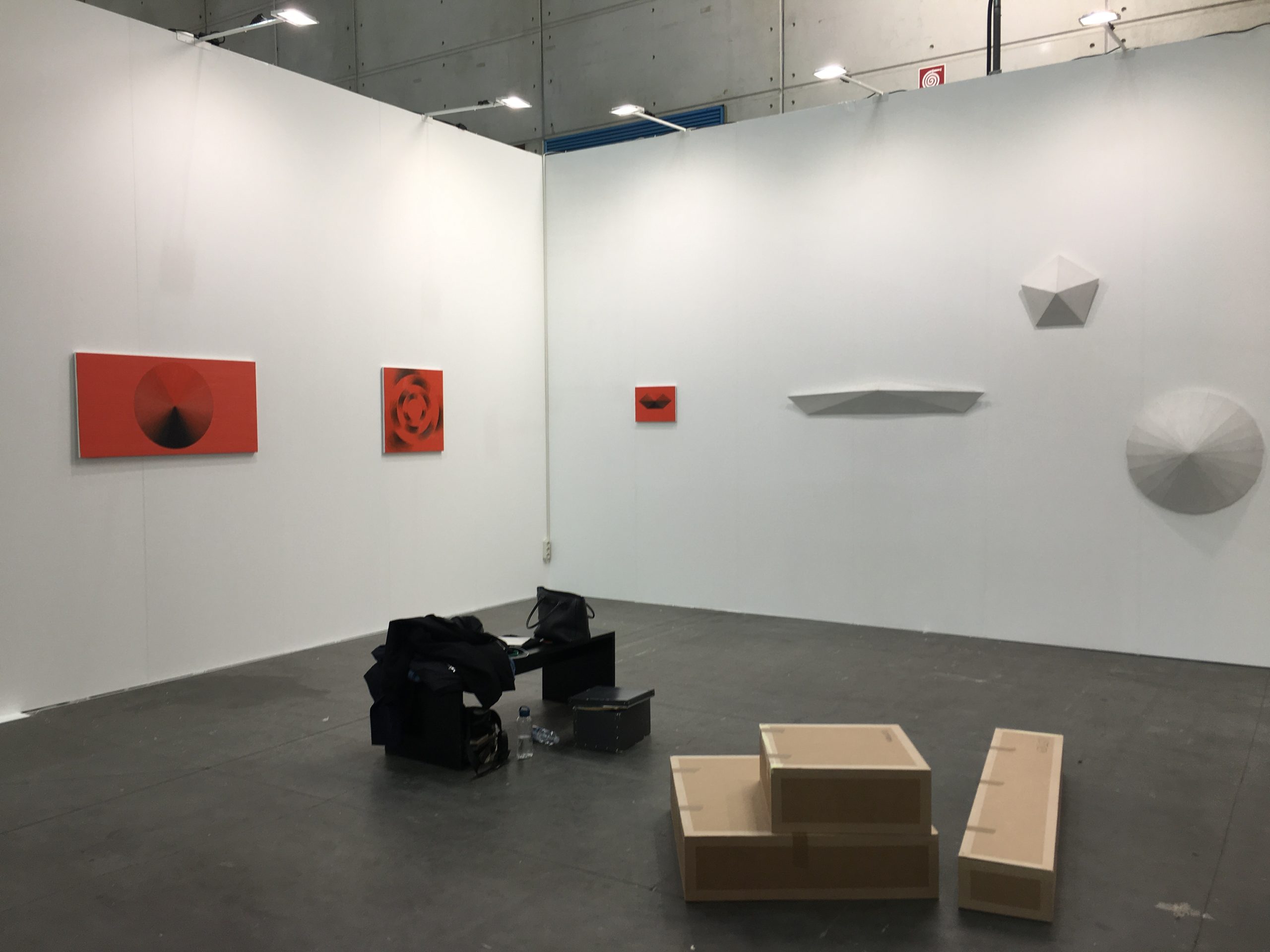 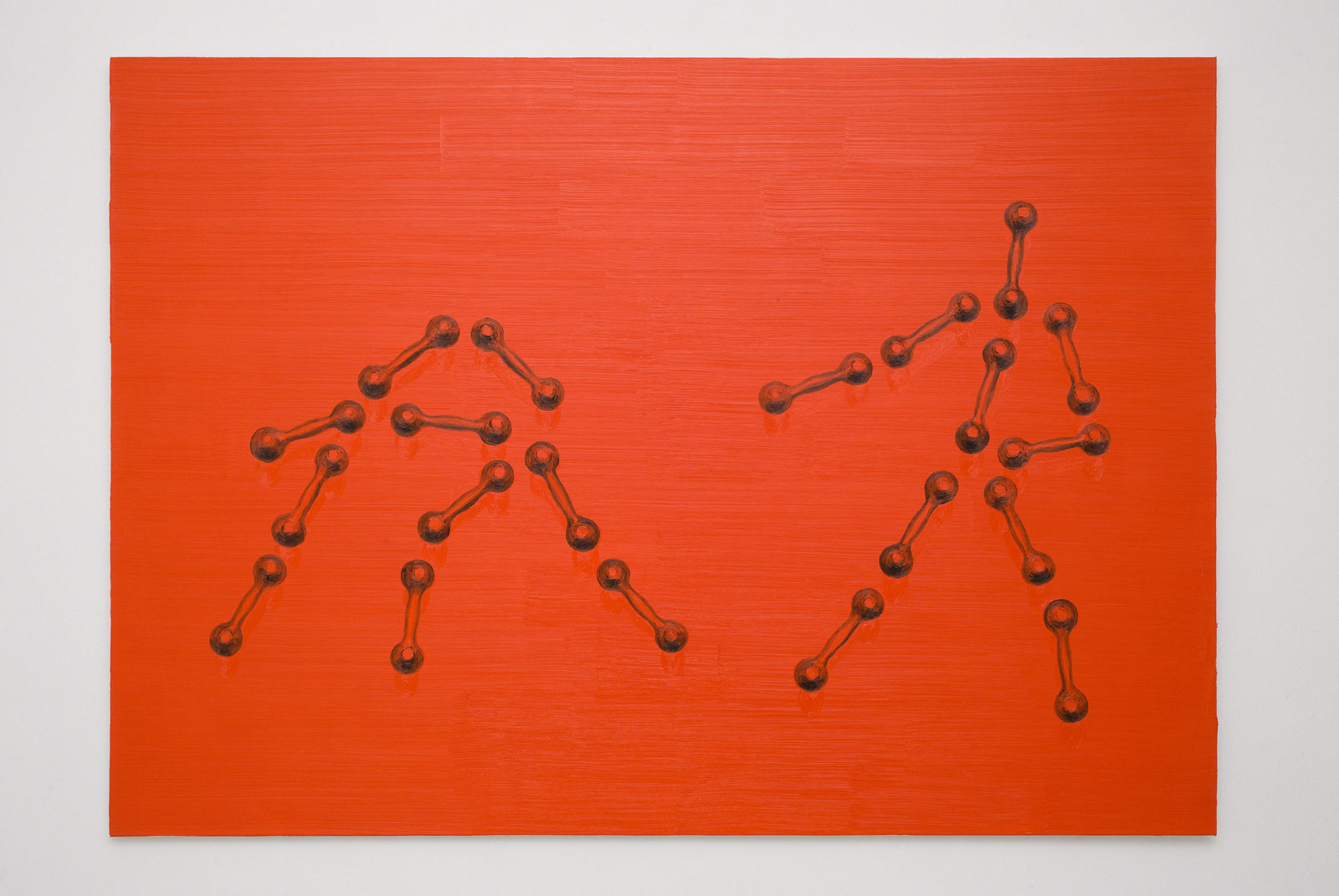 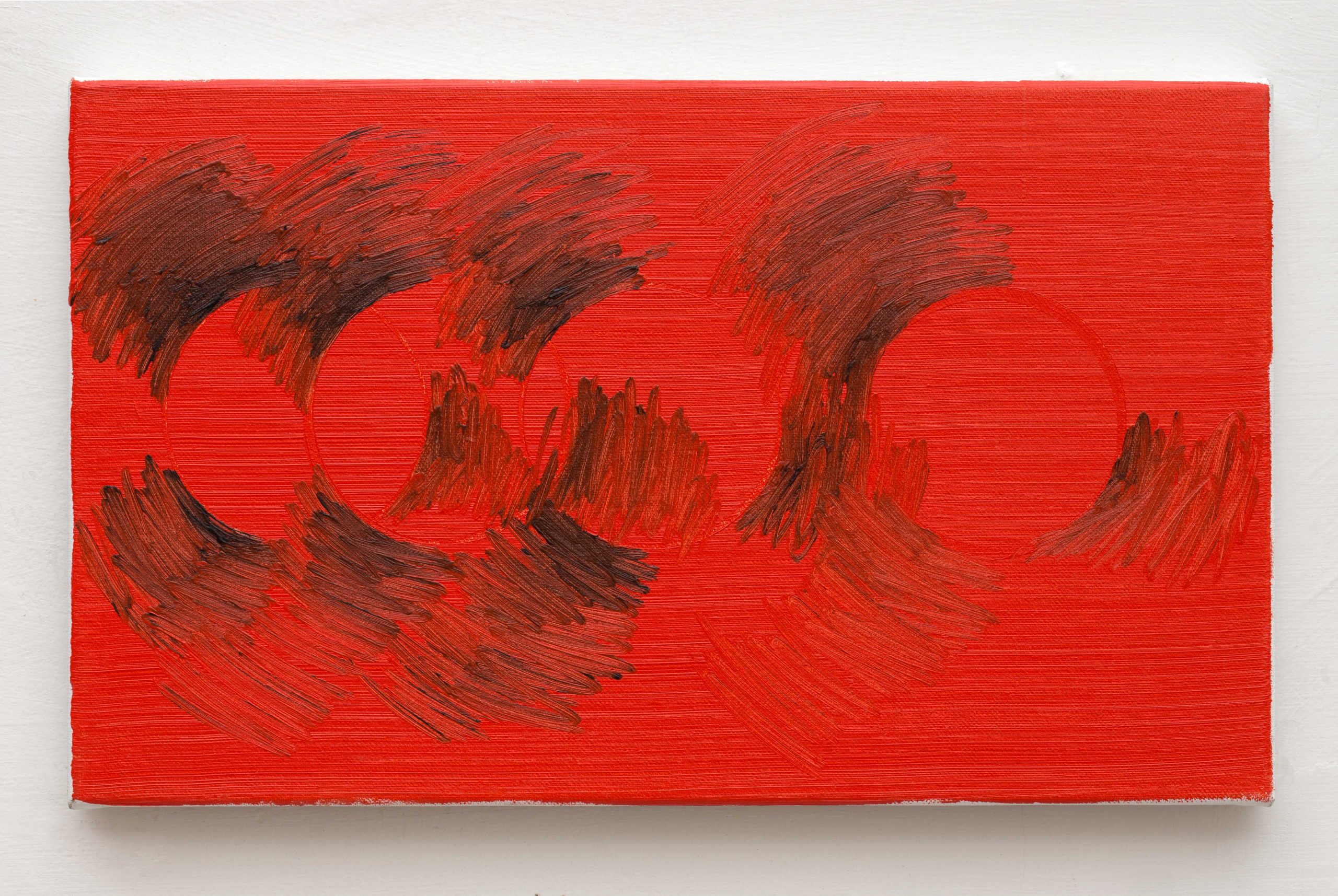 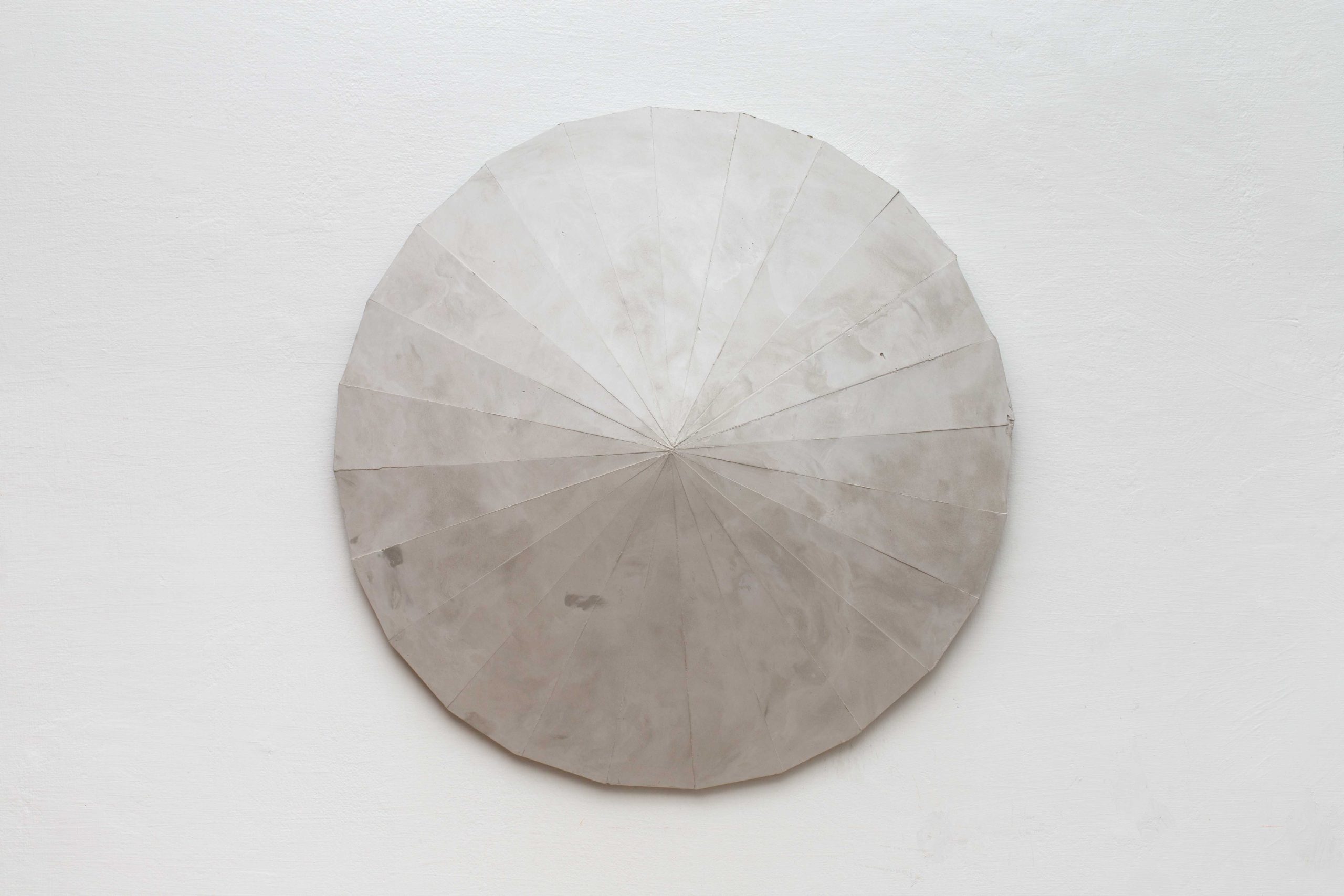 Katalin Káldi’s remarkably consistent œuvre shares numerous links with the traditions of Radical Painting and Conceptual Art. One of the standout artists of her generation, she studied painting at the Hungarian College of Fine Arts between 1989 and 1994 as a pupil of Zsigmond Károlyi, who was invited to teach at the institution when it was undergoing radical changes after the fall of communism. “Monochrome: the academicism of our age” – a notion borrowed from Ad Reinhardt – was the principle underlying Károlyi’s teaching programme, launched in 1990, and the master’s first group, of which Káldi was a member, carved out a place in Hungarian art history as the “legendary monochrome painting class”.

In Káldi’s painting, the monochrome tradition is an ever-present reference point, although in her case it is not a guiding doctrine, but the most feasible solution for focusing attention and reducing pictorial space. The compositional principle she applies to the surfaces of her easel works, however, is attuned to the formal language of mosaic, installation and – at a stretch – even sculpture. From the very start, in all the various media she uses, her surfaces exude a palpable sense of intense concentration on the contemplative nature of the objects, and over the decades, this concentration has gradually intensified.

Kisterem’s stand presents a selection of the plaster castings and oils on canvas Káldi has produced in recent years. The cohesion between the pieces stems from the arrangement of the shapes around a single point. To quote the artist, “the elements in each work come together in one point, regardless of whether these basic elements are the objective depictions of a three-dimensional form, the infinite edges of a painted cone, or the sides of a random two-dimensional shape. The essence of the plaster objects and the painted phenomena is that every surface is aiming for this single point.” The sense of direction and the urge to move towards that single point are conveyed differently in every composition. Repeated, identical motifs (dumbbells) are either arranged around a single point (Aperture, 2014) or are heading towards the same point (Rocket, 2014, Air Defence, 2014). Whether cast or painted, her centrally symmetrical planar and spatial figures always have just one focal point, which is the point of symmetry that unifies the edges.

Outstanding among the compositions, not only in terms of size, is the figural work entitled Race (2015), a vectorial paraphrase of a true icon of academic painting: Guido Reni’s Atalanta and Hippomenes. Káldi concentrates on just one aspect of the original work’s narrative formula, namely the directional dynamism of the running figures, as they are about to exit the pictorial space. Here, the figures are vectorially represented using dumbbells (the artist previously used golf tees), and every allusion to the precedent is eliminated from the surface; the vector-based determination in the image, meanwhile, clearly suggests the potential for shifts of direction and orientation. Developing this idea, in the paintings and plaster castings made after 2016, the surface forms and phenomena, with their own focal points, swing into processes of motion that are either slow or blurringly fast. To quote Káldi, they no longer represent a sense of being, but one of progress…