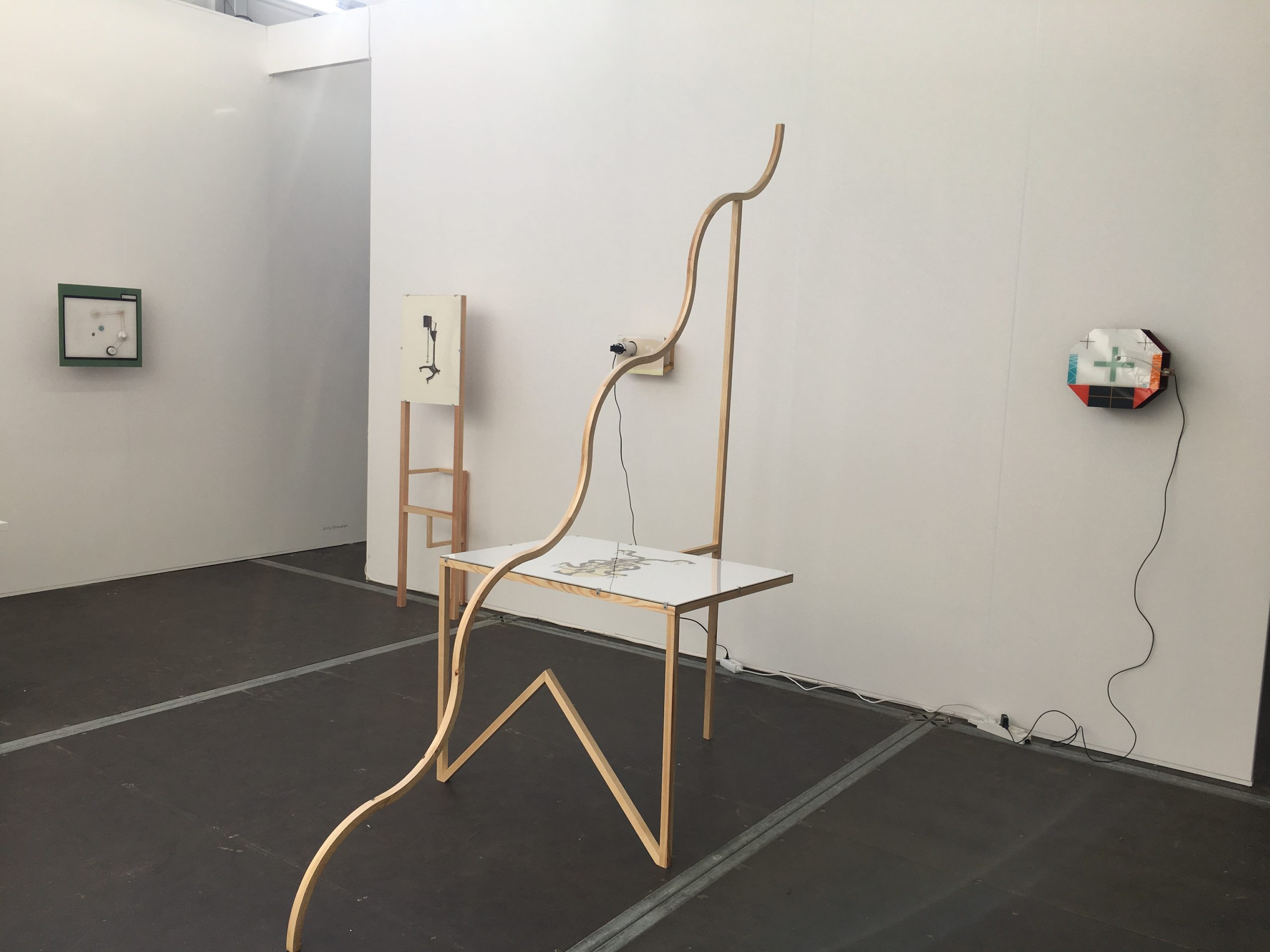 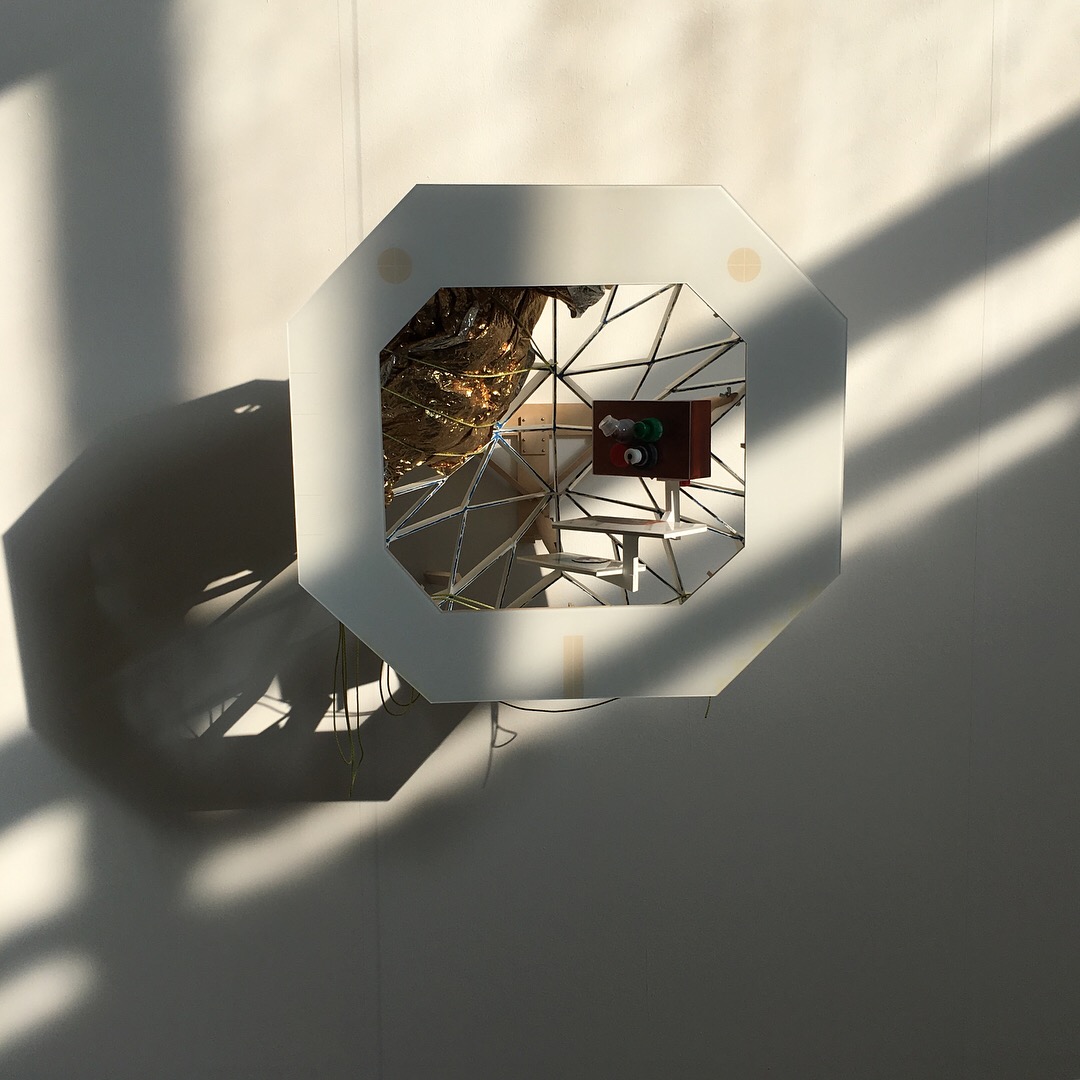 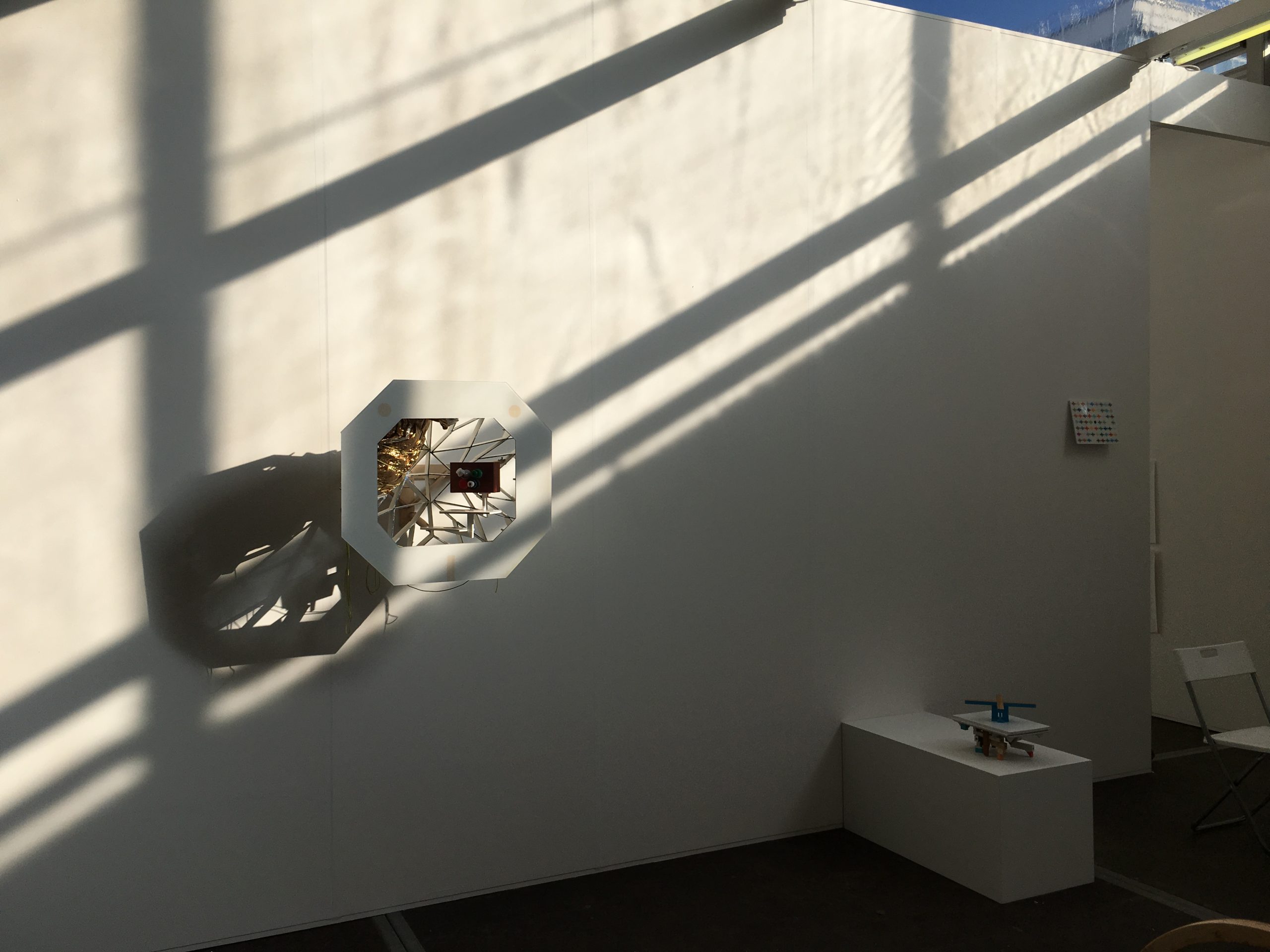 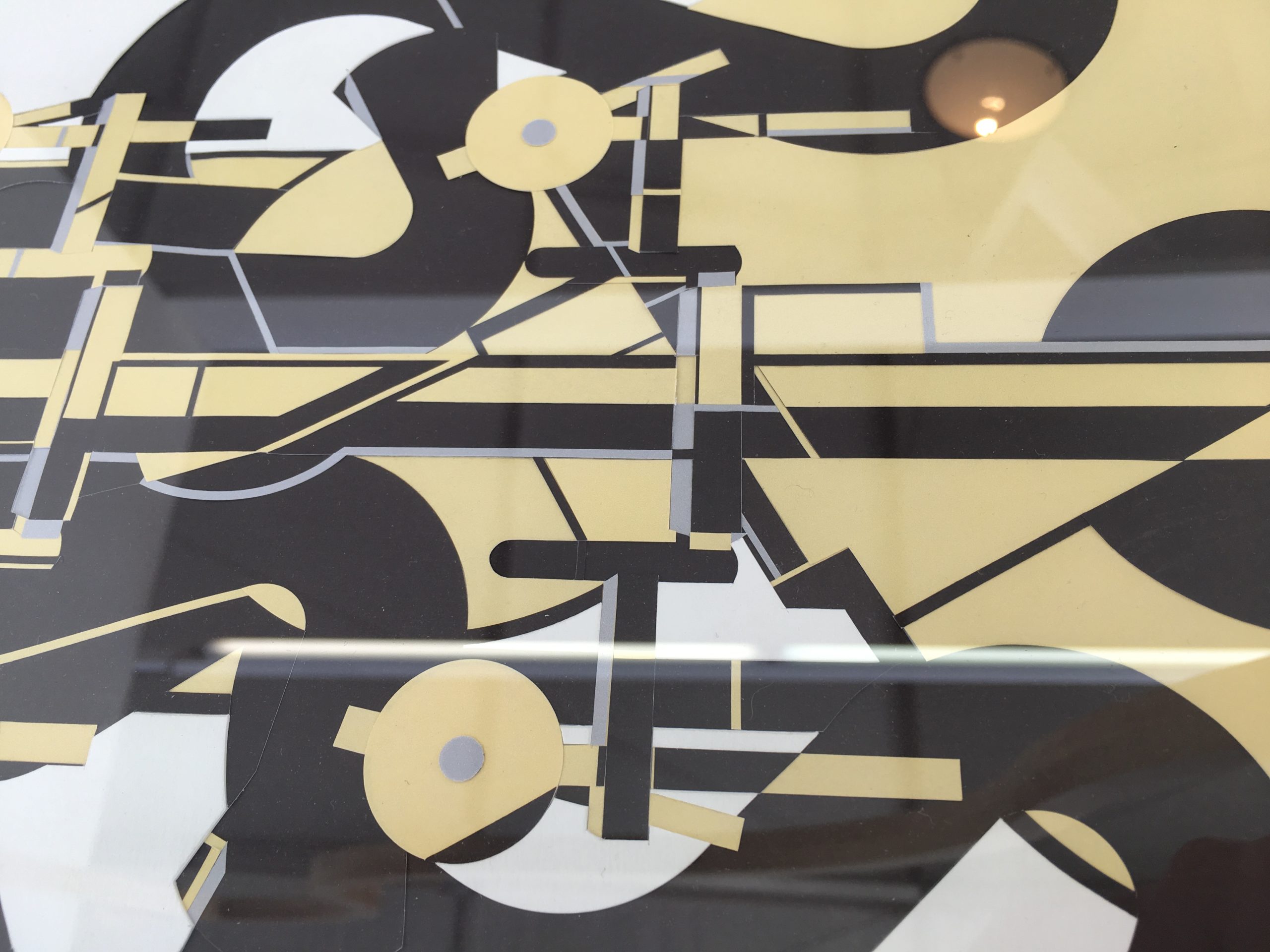 Working in a wide range of media, Ádám Kokesch (1973) considers artmaking as an experimental process in which traditional artistic techniques are constantly subverted and transformed but never excluded. His paintings, whose accuracy and precision recalls the technical drawings of engineers were made by a special technique called “Hinterglass”. The pictogram-like forms could be understood as simplified models of scientific thesises for those who are far from being familiar with the visual rhetoric of both natural and abstract sciences.

Ádám Kokesch has an original take on the object culture of modernity and the traditions of abstract art, linking the aesthetics of abstract art with the aesthetics of imaginary high-tech design. Kokesch produces technical fakes and imitations, actually ironic experiments in reconstructing the relationship between radical design and radical art. Through their “blether”, these art works seem to deliver a deeper understanding of that connection, or indeed of its fictive character.

Zsolt Molnár (1989) is a member of the youngest generation of Hungarian graphic artists. After having completed his studies at the Graphics Department of the Hungarian University of Fine Arts in 2012, he moved away from traditional printmaking techniques and began studying the conceptual possibilities inherent in graphic arts imagery. The artist began constructing highly complex works of collage-architecture, which at first were layered pictorial surfaces and which with time grew into three-dimensional installations the structures of which were balanced in space. The wooden and metal structures built around picture fields and expanded into objects closely follow and almost simulate in space the actual functions of the depicted objects, tools and agricultural equipment. Inspired by industrial and agricultural machinery, Molnár first studies their mechanisms and construction before transforming them into abstract geometric structures. Associative titles, like Material Conversion (2015) or  Spraying Simulation (2017) help one decode the objects, which are hard to identify at first glance. In front of and surrounding the collages, the colours of which have been reduced and the forms and sizes of which vary, Molnár often places a white “paper coulisse” cut to shape. These “coulisses” follow the contours of the objects in the collages with minute precision. The objects depicted in this manner seem to float in the sterile space, which lacks any horizon.