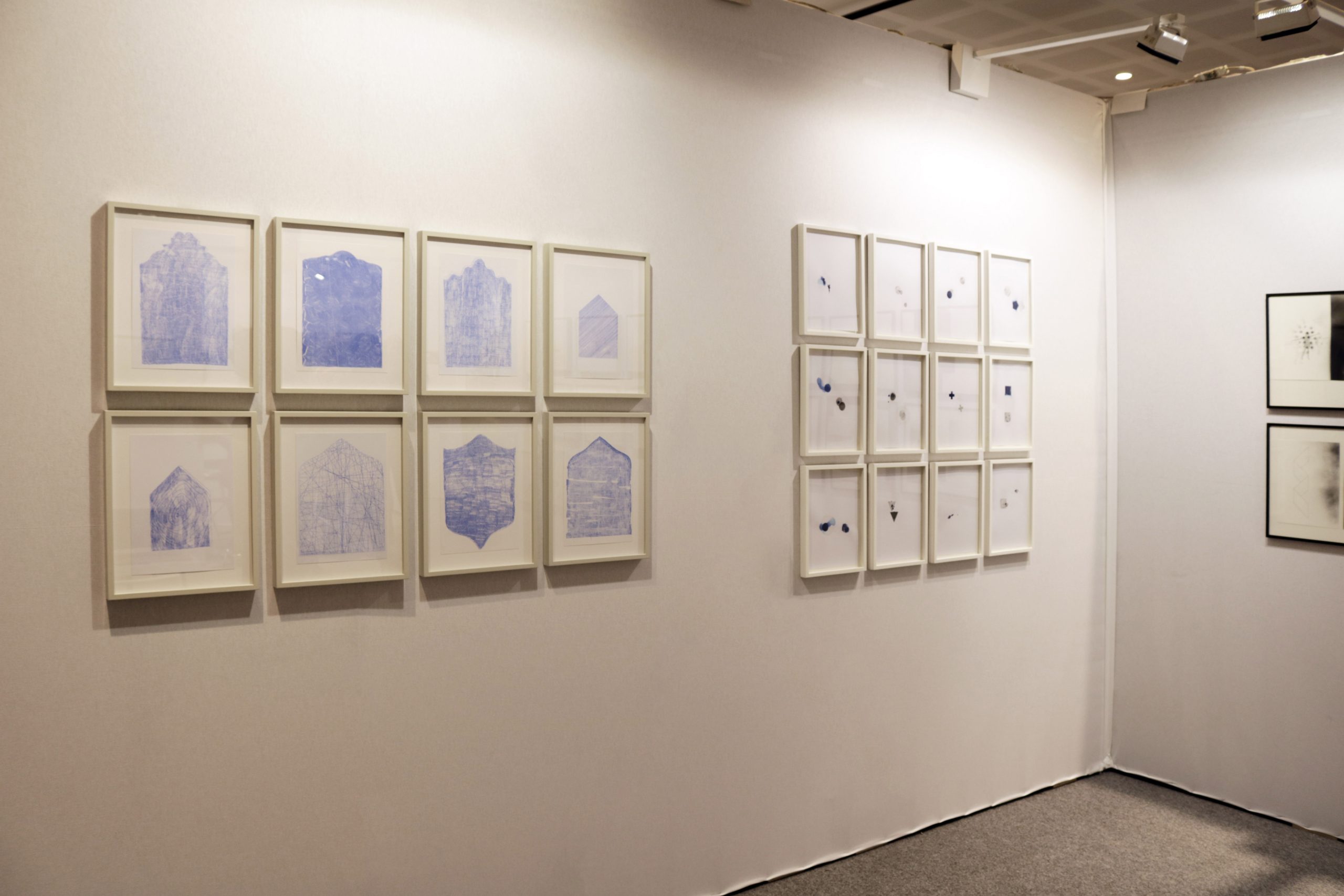 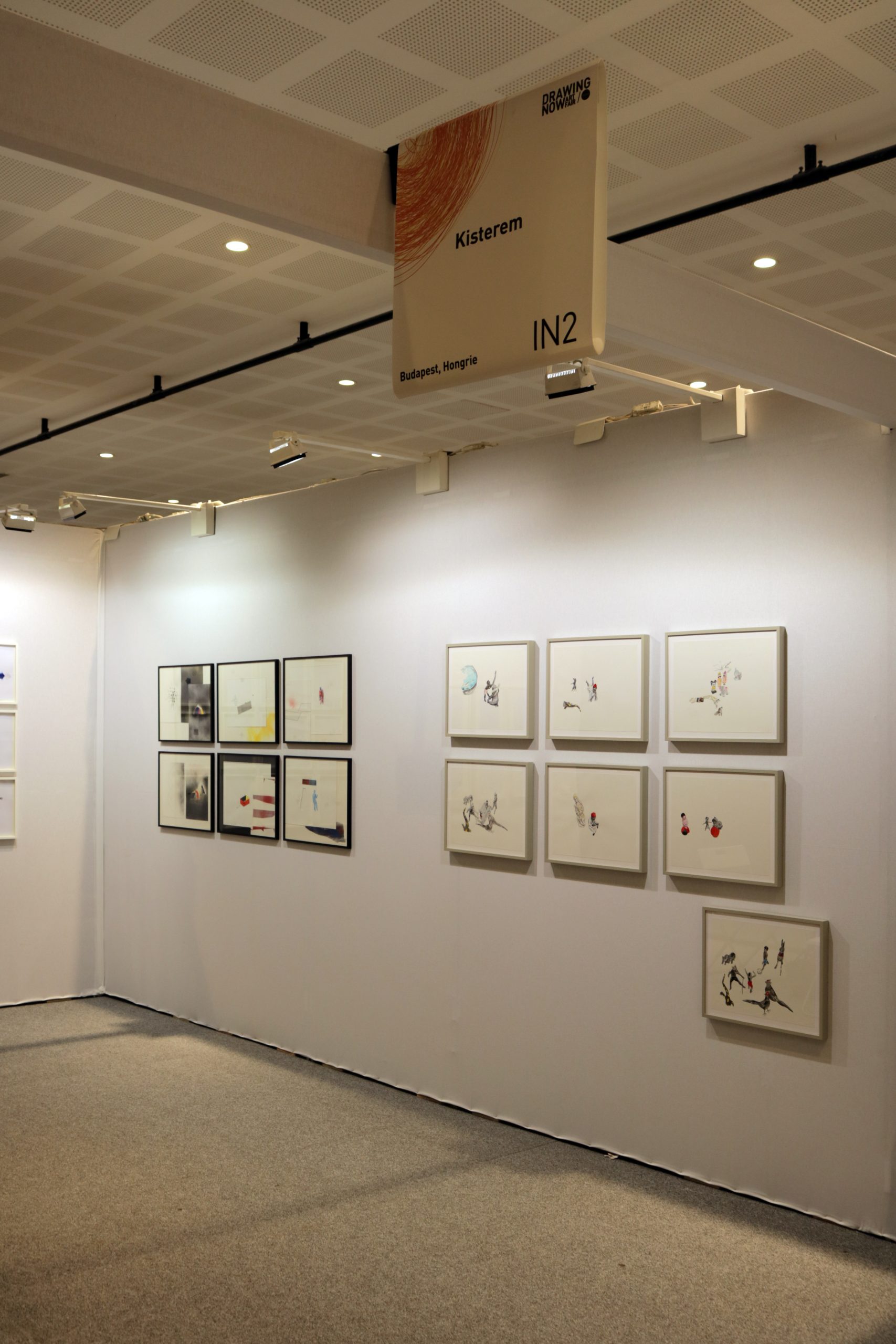 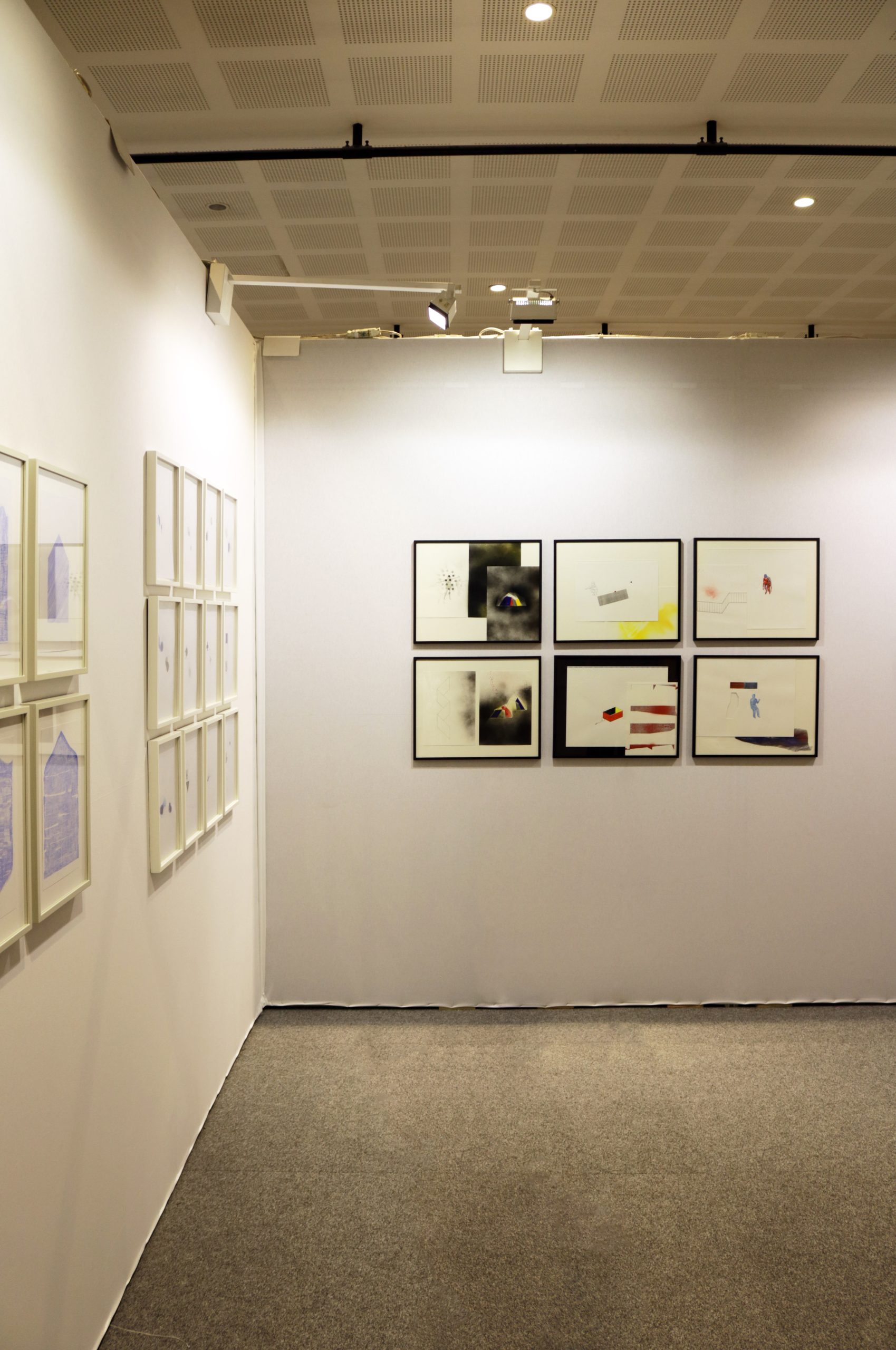 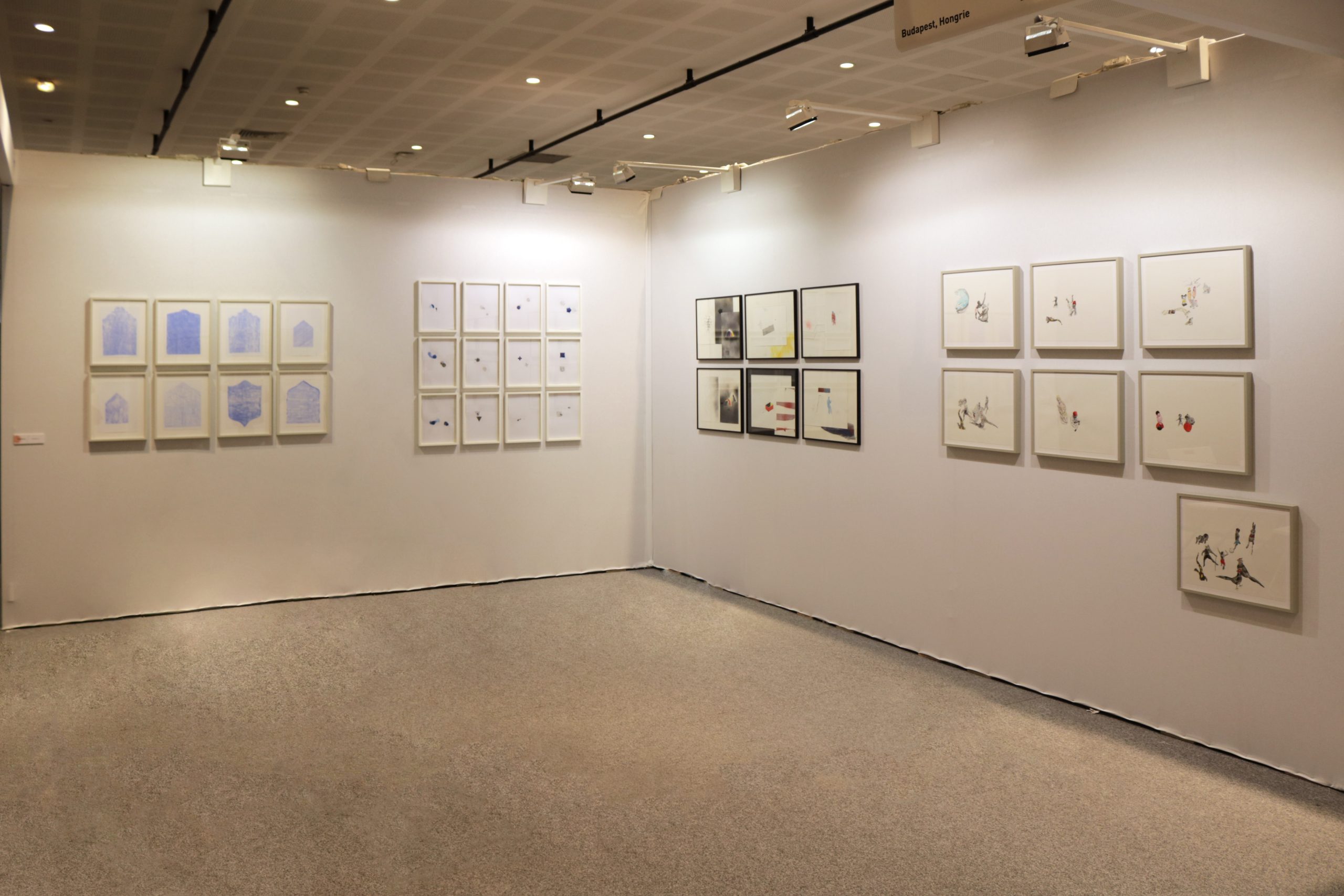 Júlia Vécsei graduated at the Intermedia Department of the Hungarian University of Fine Arts in 2001. Since then, she has been working with various types of media. In the last 10 years she has been drawing on a regular basis, throughout several countries she travelled to and numerous residency programs she was involved. The different series of drawings are interrelated through a precisely refined, tension based minimalism, reconstituting the same visual elements. The starting points of the drawings are personal stories, life situations and lately even intimate approaches to broader, social issues. Kisterem would like to highlight some important series from Vécsei’s oeuvre at Drawing Now.

The subject of the 2010 series, After Effect is the interpretation of an event which is in constant change as time goes by. How recollection works, why our mind is altering certain memories and when does this alteration exactly happen? Is the change in meaning a never-ending process or does it ever terminate? Vécsei brings forward these relevant questions by juxtaposing past events and their altering interpretations using the different shades of blue. Through the indigo technique she applies carbon paper, a material which can copy the smallest lines with its fine, powdery texture. Later on Vécsei modifies the surfaces of these works using ink and aquarelle resulting in an unpredictable outcome similarly to remembrance.

She started to work on her series titled The House in 2011 using again the above mentioned indigo technique, which later – besides applying aquarelle – becomes essential part of her graphical works. At that time Vécsei travelled a lot and felt herself at home in many different places, that’s why she started to be concerned with the notion of home. The house with the white sphere or hole in the middle reflects to the idea of the perfect home which for her is spherical inside. The round shaped houses resembling shields are inspired by the Jewish prenuptial agreement called ’ketubah’. This agreement is part of the traditional Jewish marriage and outlines the responsibilities of the groom in relation to the bride. The text is always framed with a house, tent or church like shape giving another interpretation of the abstract notion of home.

Reality Exercises (2015-2016) is a series Vécsei was working on while she was living in Vienna for a few years. The drawings, which feature the artist’s customary purified forms and follow her signature compositional principles, are her reflections on the issues and traumas of the migrant situation in Europe. This series marks a departure from Vécsei’s previous subjects, which were conspicuously devoid of a socially critical edge, for she now raises questions concerning the moral responsibility of the individual and of society. The dramatic emotionality in these questions posed is counterbalanced by the artist in the surfaces of her pictures, which grow increasingly colorful and are built up, within their individual frames, like a collage. The works are figural and abstract at the same time. The faceless, floating human figures “duplicated” in indigo are trying to find a stable position in the midst of balance exercises.

Wiener Melange is a series Vécsei also started in Vienna in 2015. She noticed the presence of tiny African figures behind the storefronts of antique shops and in Viennese interiors. The figures, gently layered with aquarelle are always surrounded by a strange company including a donkey leaning on a stick, a sick elephant, little dwarfs or a salamander. From time to time the groups are reorganized so the interrelations between the figures change, resulting in extraordinary constellations. These scenes with their absurdity and kitschy appearance can be related to the city’s romantic approach towards the African origin of coffee and at the same time they can be considered of remnants of the ambiguous exoticism of colonialism in the time of political correctness.