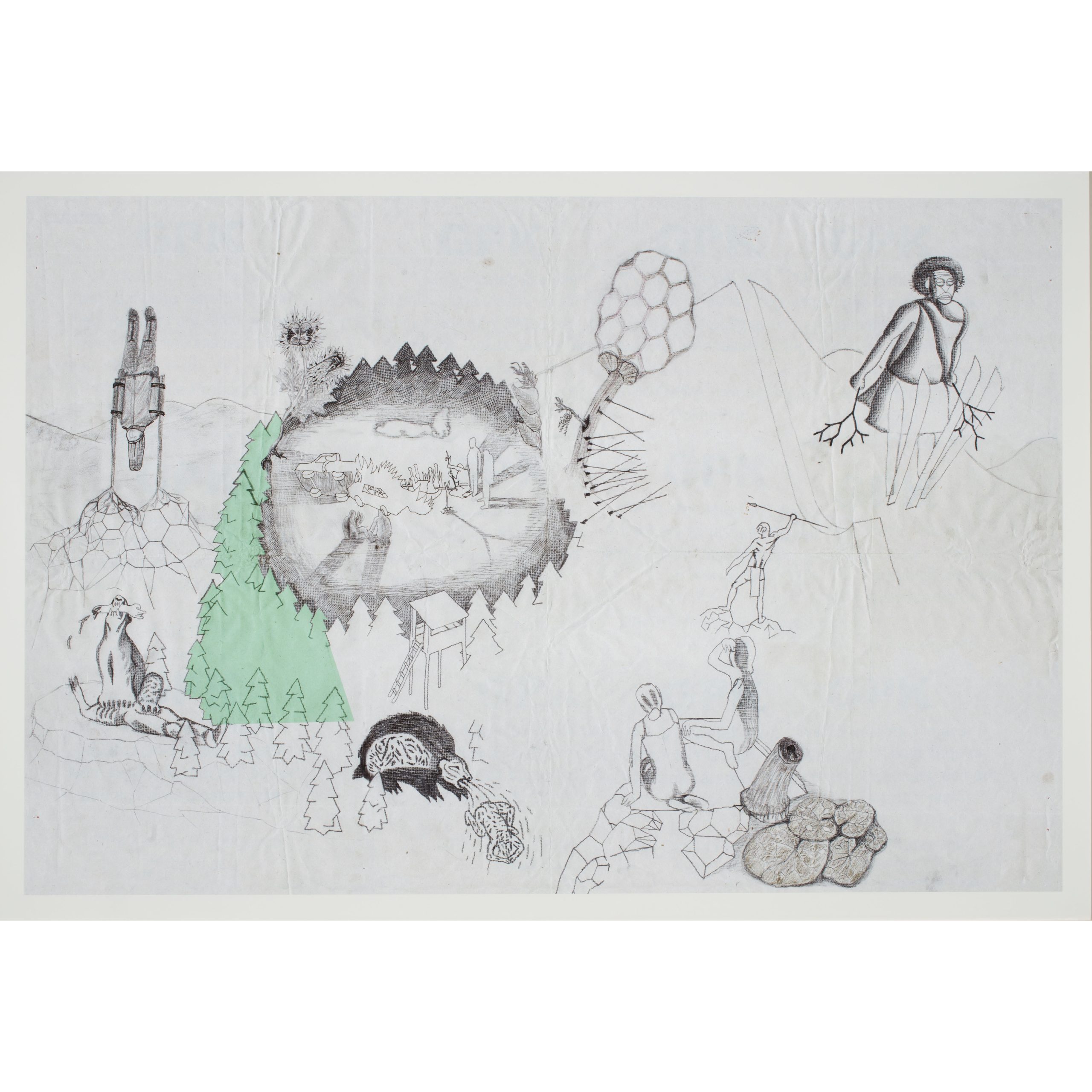 Since 2003 the artists collective Randomroutines (Tamás Kaszás, Krisztián Kristóf) experiments with different narrative forms through various media – mostly installation, video, and animation. Their art practice can be described as learning-by-doing: experimenting with methods they are interested in but not familiar with.
Their exhibited work is an enlarged, lambda print version of a collaborative drawing, their basic working method, the original of which had been destroyed. The artist duo has dealt with shamanism to which they give their own interpretation and use the set of its tools for describing the future as clairvoyants. The drawing depicts a scene in the not too distant future where a disintegrated society, a small group of people is recording in a sort of cave drawing how they landed in their present situation.