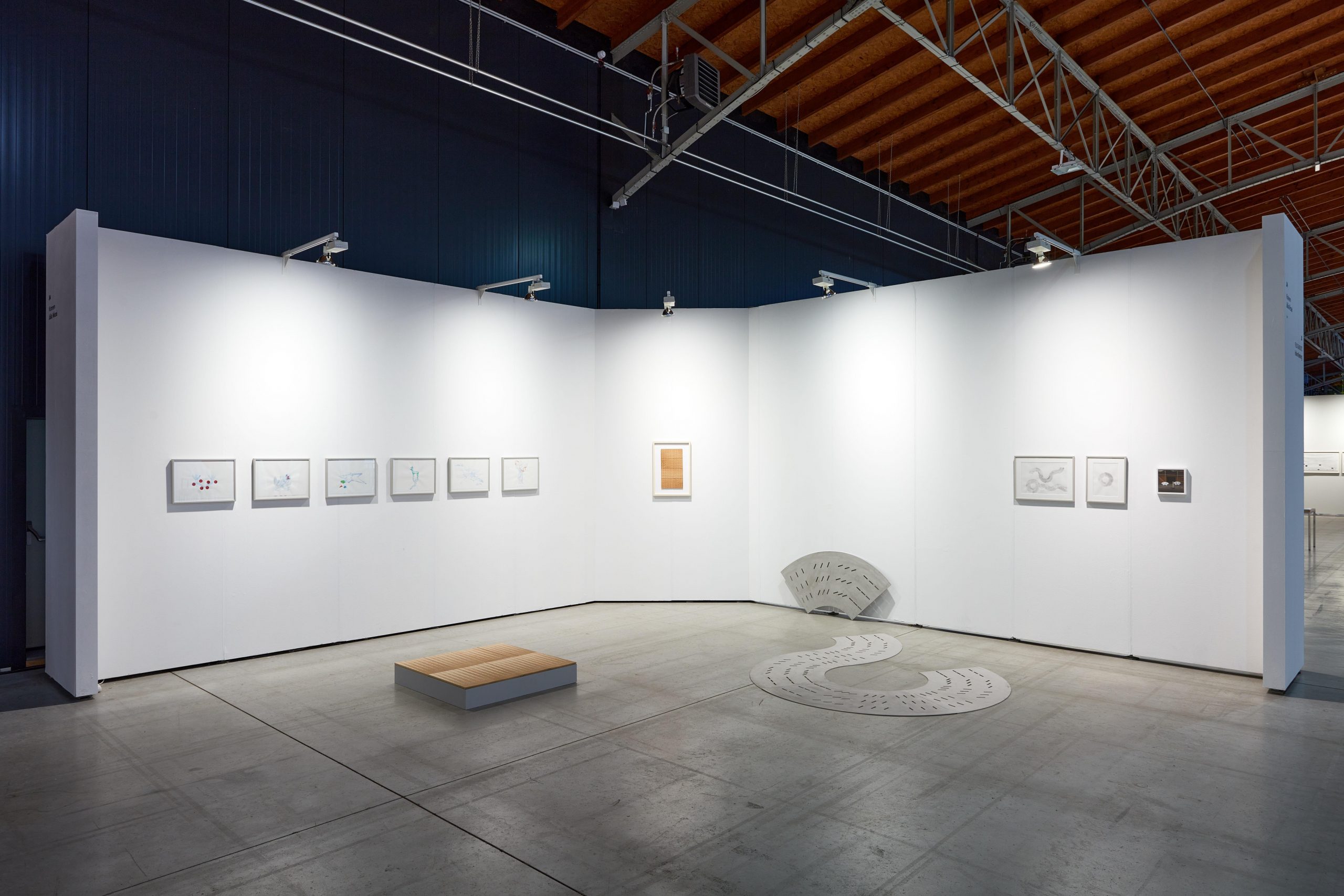 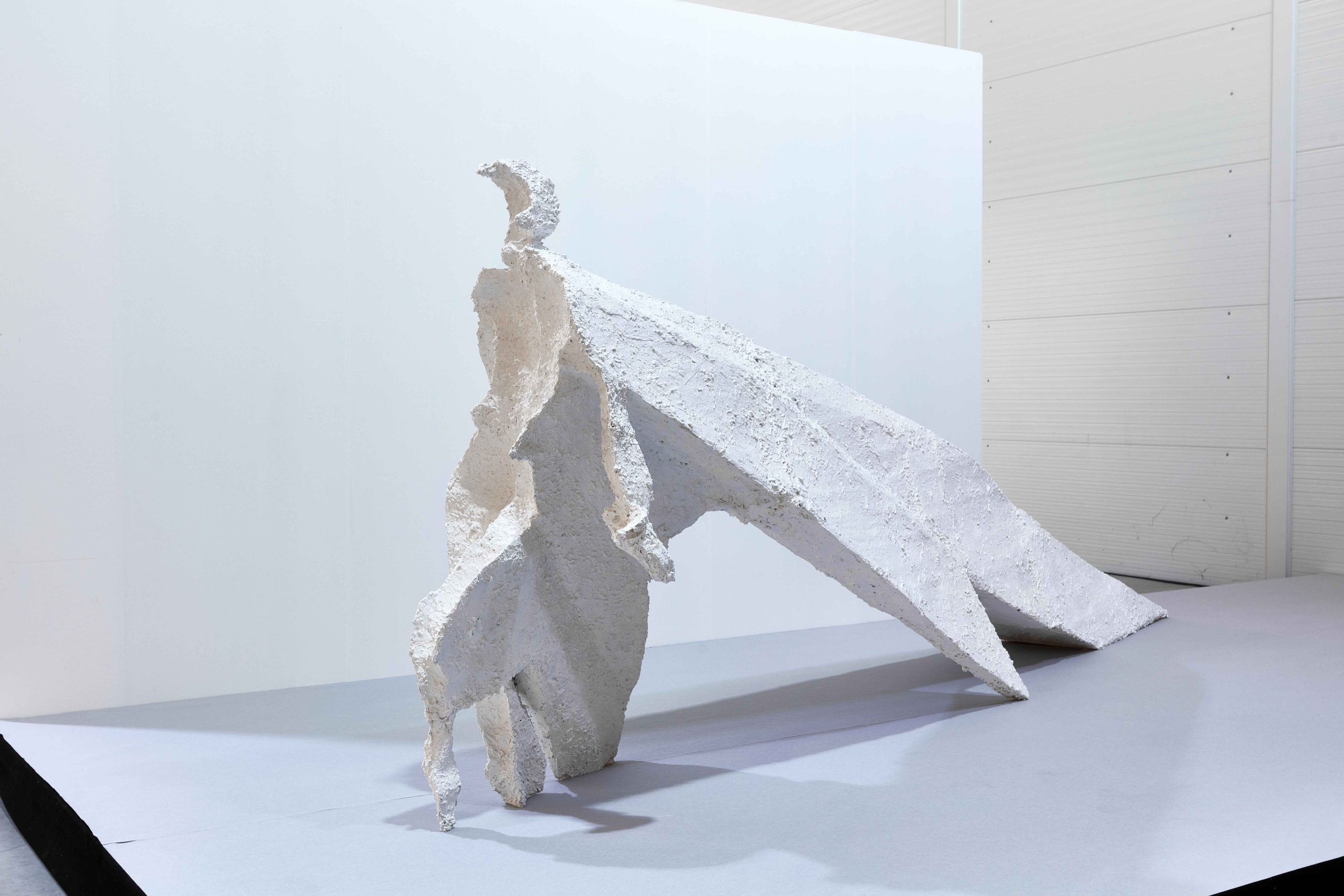 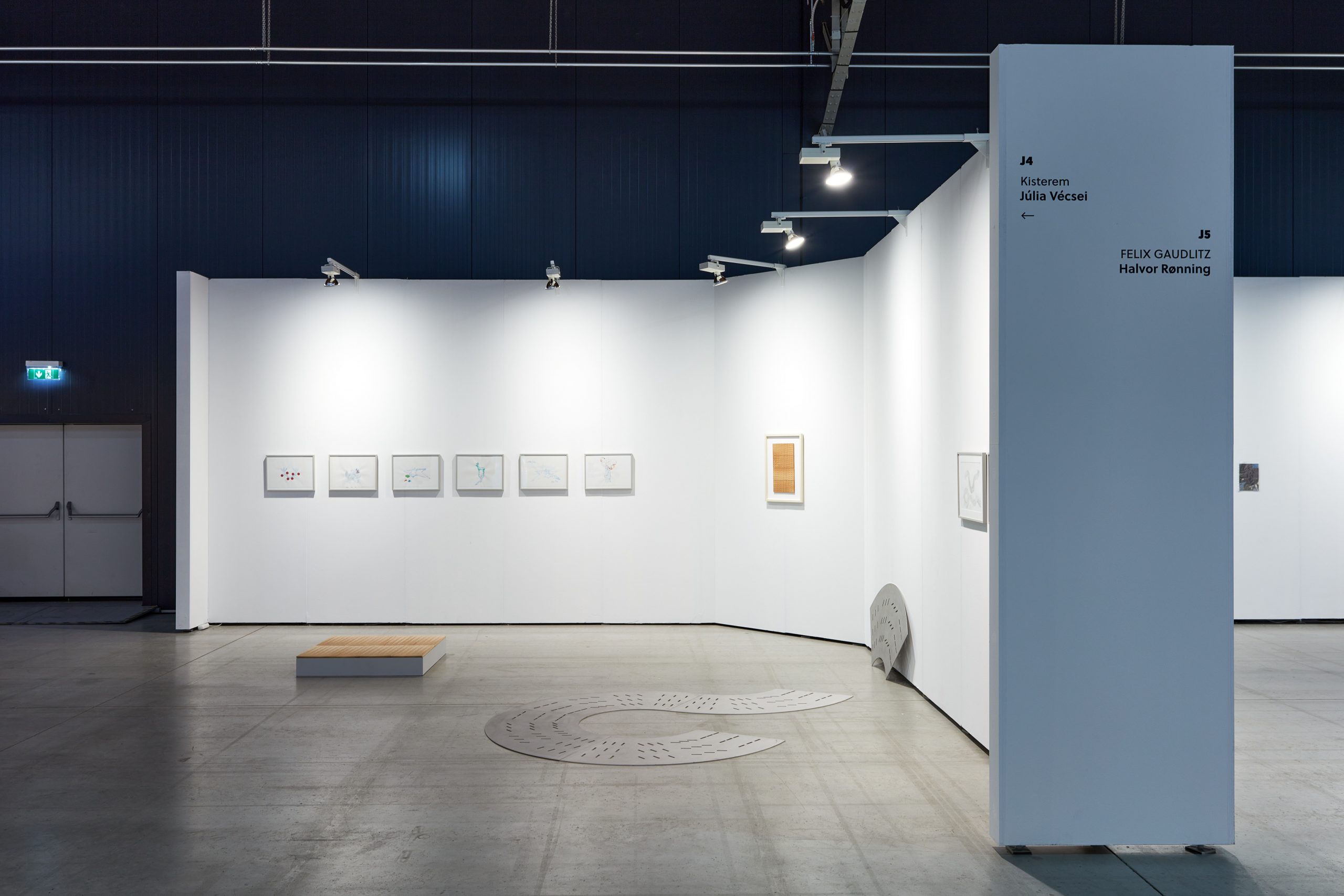 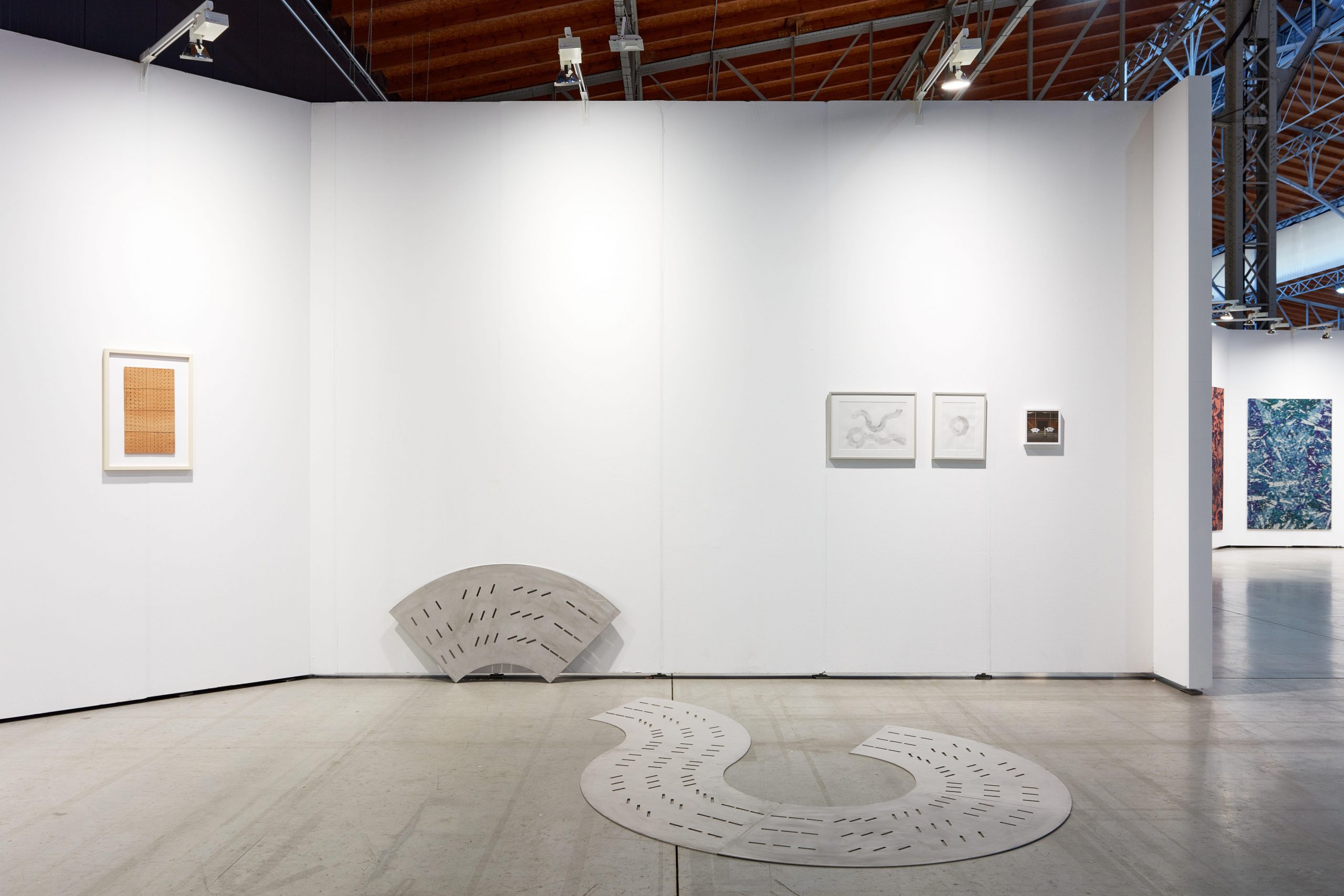 “We perceive the passing of time through sequent events. Even if events around us follow each other inevitably, in our minds we can always stay in the past or in the future. But when are we in the present? Can the state of being present be perceived? The relationship of time and perception has been concerning Vécsei for a long time.

The horizontal, vertical, and diagonal lines create the reticular system that Vécsei spreads into space through her installations. The monotonous pattern of the wooden panels repeat the twelve phases of the clock-hand, advancing on the same track from line to line. The human body moves similarly to the clock-hand around its spine; it approaches the horizontal axis during the night and the vertical during the day. Although the units of the time net are constant, monotony gets broken: the wood piece’s (One Day) unity of twenty-four hours gets upset by its network organized into asymmetrical waves. Vécsei precisely depicts the relative nature of permanence, and by tackling time out of joint she makes hidden structures of presence visible.” Lili Varga

“My father was not a glassmaker examines how we perceive the world, each other,and the objects in it. I strive to depict as accurately as possible the gray zones of perception and space that subconsciously affect our daily lives. I deal with small details, such as the sparsely perceptible details of space that hide from us in our own bodies, in the bodies of others, or in the world.

When we do not go around an object completely and examine it from all sides, there remains a fragment of space associated with the object, which remains hidden from us.

The sculptures in this case deal with human figures, bodies, and body parts, in natural situations such as a frontal conversation, a parallel figure, or parts of our own bodies that obscure a part of the world from us no matter how hard we try to turn our heads behind it.

An example is the small gray zone that appears at the end of your index finger during a simple gesture of pointing.

The sculptures record the position of the observer from which this space is calculated in a manner similar to the rules of perspective. On the other hand, as long as the perspective represents the point of view of a lone eyeball fixed at a fixed point, my method uses a more natural point of view. It allows the point of view to move more widely within the boundaries typical of each everyday situation. For example, in the case of a frontal conversation,

I calculated the possible limits and directions of the movement of a stationary observer.

Thus, it not only differs from the rule system of perspective in that it uses real stereo vision, but also takes into account the fidgeting of the body, movement of the torso, neck, and head into a possible multitude of viewpoints. The sculptures materialize a space that is never visible from this contemplative situation.”